How did Bill Murray become a Xavier fan? 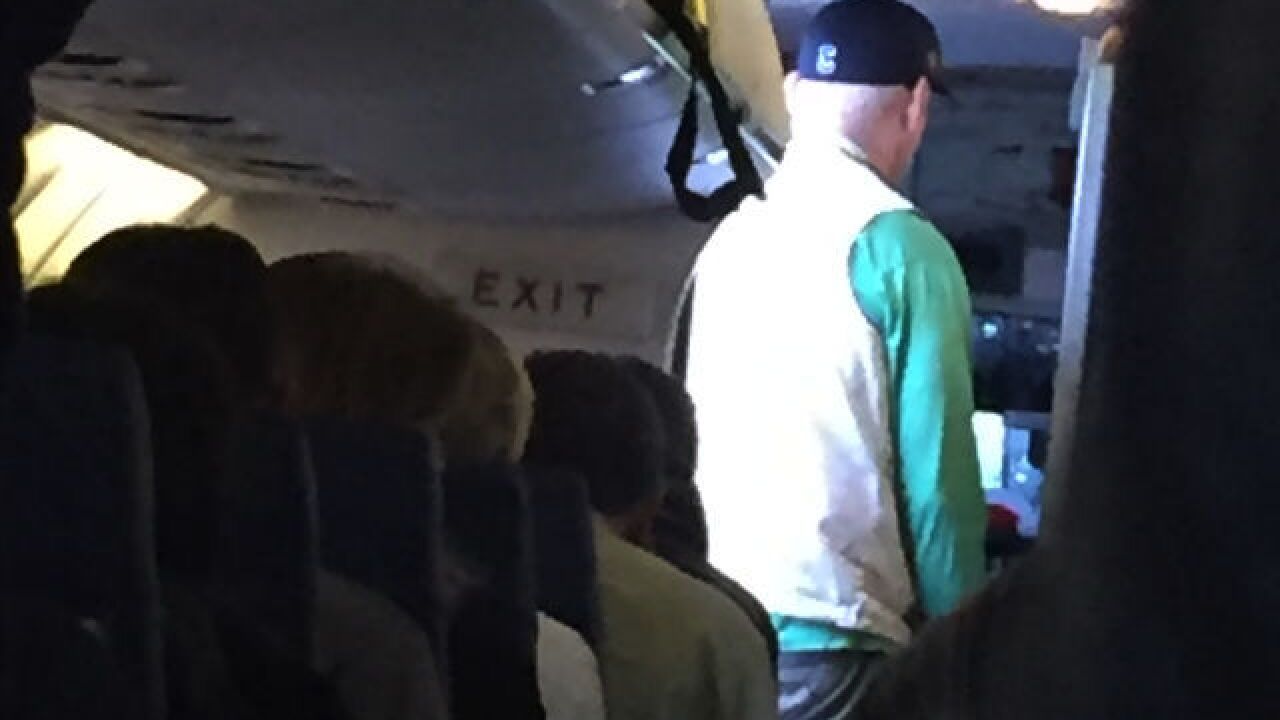 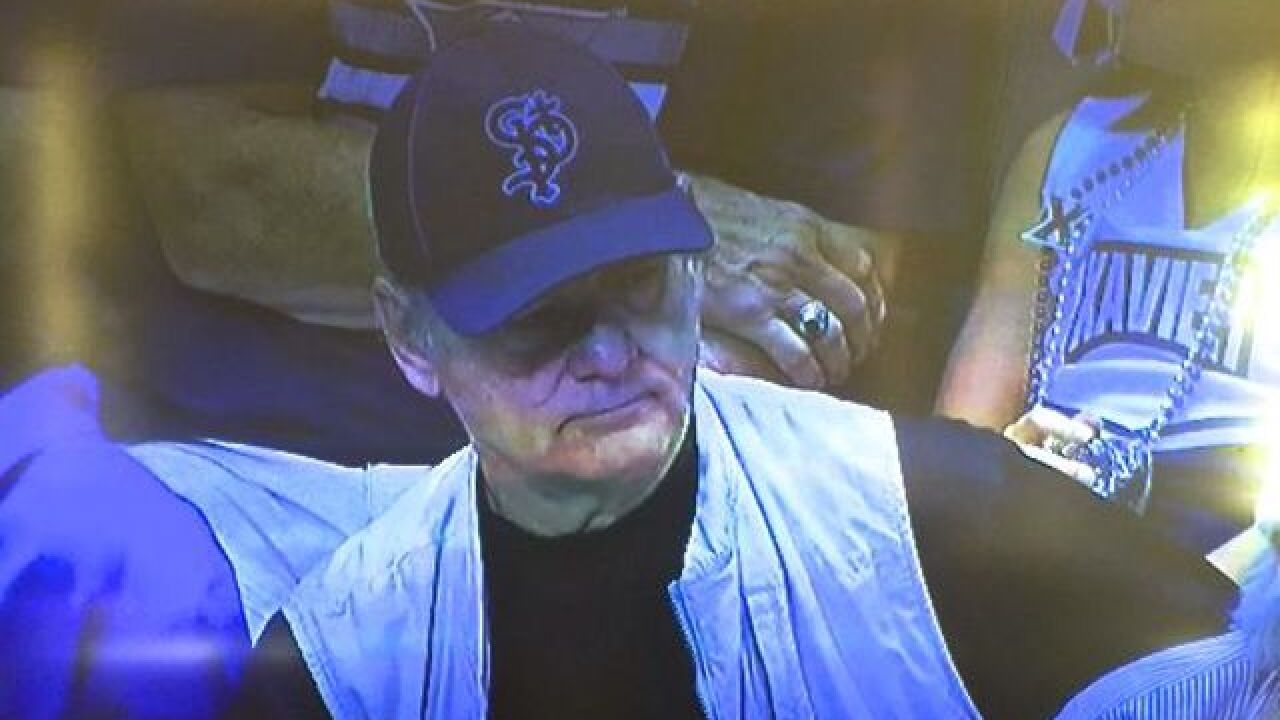 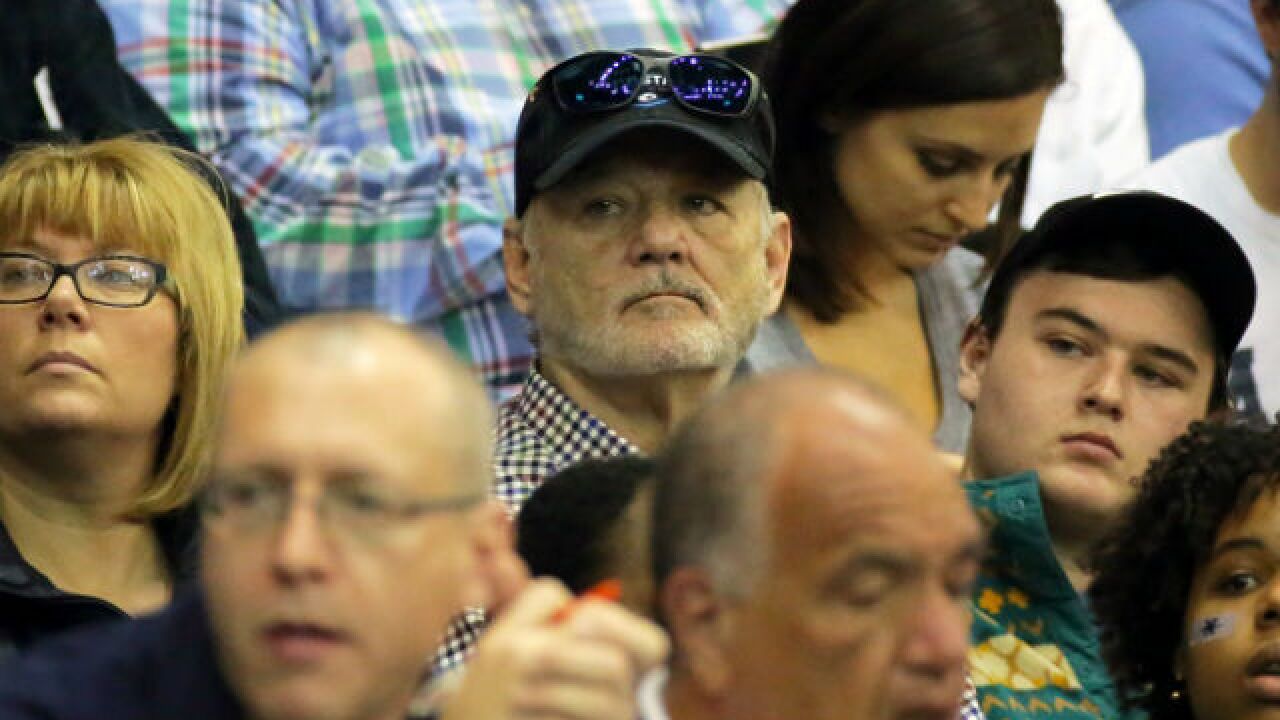 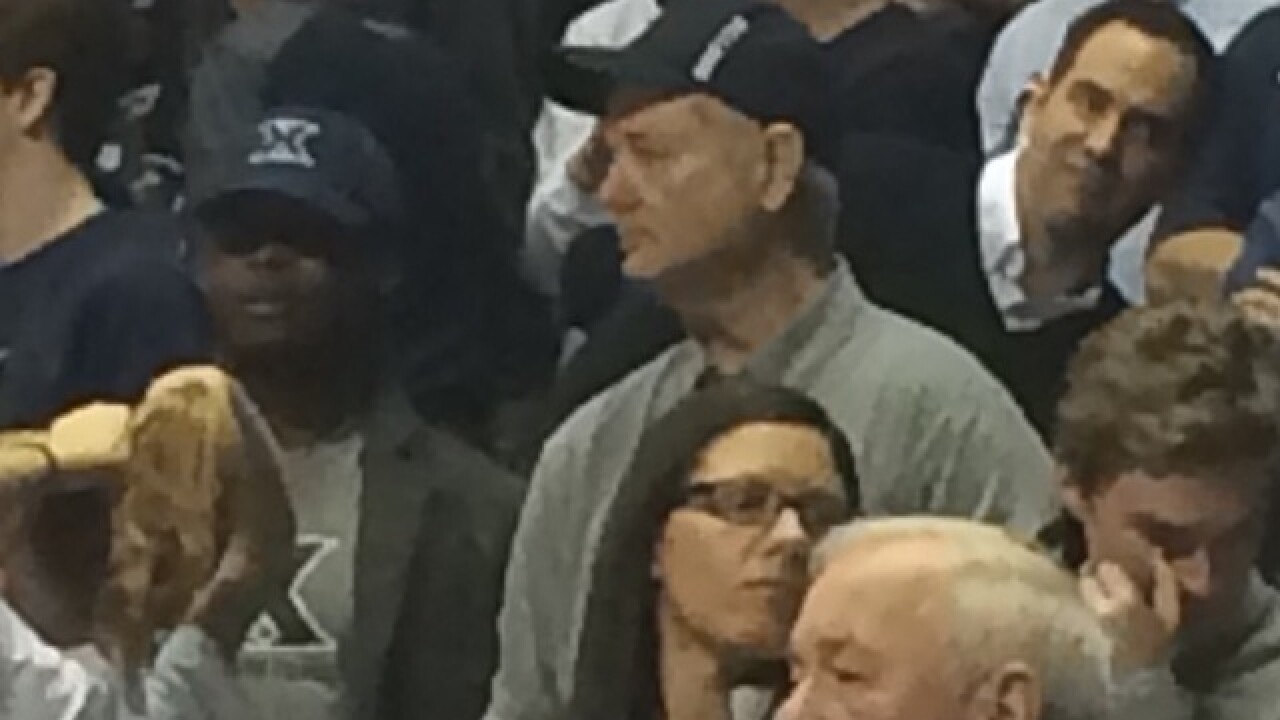 CINCINNATI – Yes, he made it. America's favorite funnyman, Bill Murray, was in the house helping Xavier fans cheer the No. 5 Musketeers over No. 1 Villanova Wednesday night.

Earlier in the day, WCPO.com had asked readers if they had any Murray sightings. We got this photo in an email, saying it was the movie star and comedian on an afternoon flight from Washington, D.C., to CVG. And so it was.

And later, we spotted Murray in the stands at Cintas:

Which brings us to this: 9 things you should know about the Xavier Musketeers:

1. How did Bill Murray become a Xavier fan? It's in the family. Murray's son, Luke, joined Chris Mack's coaching staff this season as an assistant coach and recruiter. The Caddyshack-Ghostbusters-Stripes-Groundhog Day star came to the first Villanova-Xavier game in Philadelphia on New Year's Eve. He wasn't much of a good-luck charm, though, because Xavier lost by 31. It was better when he sat with Xavier fans at the USC game during a holiday tournament in Florida. The Musketeers won by 10. Murray sat with fans at the CIntas Center and posed for pictures.

2. Coach Chris Mack has another coaching job. When he's not coaching the fifth-ranked Musketeers, Mack steps out to coach his daughters' teams. Two years ago, that meant coaching the third-grade team at Blessed Sacrament School in Burlington. Kentucky. It's a cute story. You can read about it here. Mack started his coaching career with girls high school teams at McAuley and Mount Notre Dame after his playing days at Evansville and Xavier. Mack's wife, Christi, was a basketball star at Dayton, and she later coached the girls' team at Colerain High. Good basketball genes in that family.

3. Speaking of good genes: The parents of Xavier star Trevon Bluiett are former Marines and good athletes in their own right. Trevon's mom, Mariam, was offered a college basketball scholarship and played a little basketball in the Marines. "Trevon got a kick out of when we found her basketball jacket from the Marines and her nickname on it was 'Mad Dog.' That tells you a little bit about her and her game," his dad, Reynardo, said. Bluiett's parents met in the late 1980s at Camp Lejeune, in Jacksonville, North Carolina. Both served in Desert Storm. "It was very strict and there was a lot of discipline in my childhood," Bluiett said. "With all that strictness and discipline, it set me up for success." Read more about the Bluiett family here.

4. Bluiett's middle name is what? Nykee. Get it? This probably doesn't have anything to do with the fact that Xavier signed a new five-year all-school deal with Nike a year ago, during Bluiett's freshman season. And now he's the team's leading scorer. Can you say "Swoosh?"

5. No. 1, beware. Xavier has beaten No. 1 ranked teams before – twice in the Crosstown Shootout, as UC fans well know. In 1996-97, Lenny Brown became a Shootout legend when he made a running one-hander at the buzzer to shock the Bearcats, 71-69, at UC's Shoemaker Center. In 1999-2000, the X-men won, 66-64 on two late free throws and a breakaway dunk by Kevin Frey. It was the last Shootout at Cincinnati Gardens because Xavier's Cintas Center opened the next season. The Musketeers also beat top-ranked and undefeated St. Joseph's, 87-67, in the 2004 Atlantic 10 tournament quarterfinals.

6. What you hear is what you get. No matter which team you follow, you get the "homer" view of the action on the radio broadcasts. That's especially true when the broadcasters are former players, and especially when they are Byron Larkin and Joe Sunderman. "We want Xavier to win, and when they don't win, we get upset," Larkin says. They both grew up here. Larkin, XU's all-time leading scorer, was an instant star after coming out of Moeller High School. Sunderman was a freshman starter out of LaSalle. They've been broadcast partners for 17 years. "We're like an old married couple," says Larkin. "We eat every meal together on the road. We finish each other's sentences." Read more about Larkin and Sunderman here.

7. How sweet it is. Xavier has had remarkable success in the NCAA Tournament with five Sweet 16 appearances in the last eight years. The Musketeers also made it to the Elite Eight in another season while reaching the NCAAs in nine of the last 10 years. They're still waiting for their first Final Four, though. Could this be the year?

8. Xavier has already won one national championship. No, the Musketeers have never won the NCAA title. But back in the days when the National Invitation Tournament was still a big deal, XU won the tournament in Madison Square Garden in 1958 under coach Jim McCafferty, beating Dayton 78-74 in the finals. It was the first post-season championship by an Ohio Division I school. (UC fans can speak up here).

9. The Musketeers are winners in the classroom, too. Xavier is proud of the fact it reached basketball's top tier without sacrificing academics. Much credit for that success goes to Sister Rose Ann Fleming. Since she became Xavier’s academic advisor in 1985, every men’s basketball player who reached his final year of athletic eligibility has graduated. That's 96 for 96. In 1991, then-coach Pete Gillen named Sister Rose the team’s Most Valuable Player. In 2000, she was inducted into Xavier’s Athletic Hall of Fame. Read more about Sister Rose here.