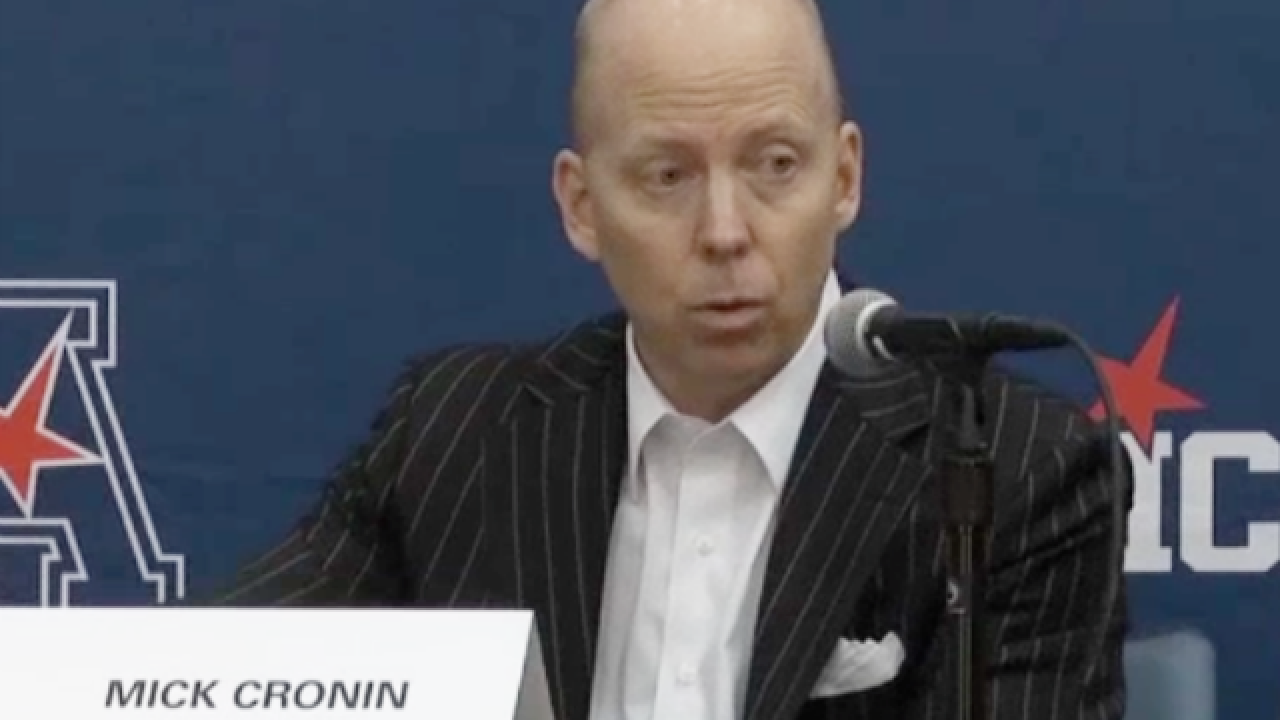 <p>Mick Cronin speaks at a news conference after UC's loss to UConn in the 2016 American Athletic Conference Tournament.</p> 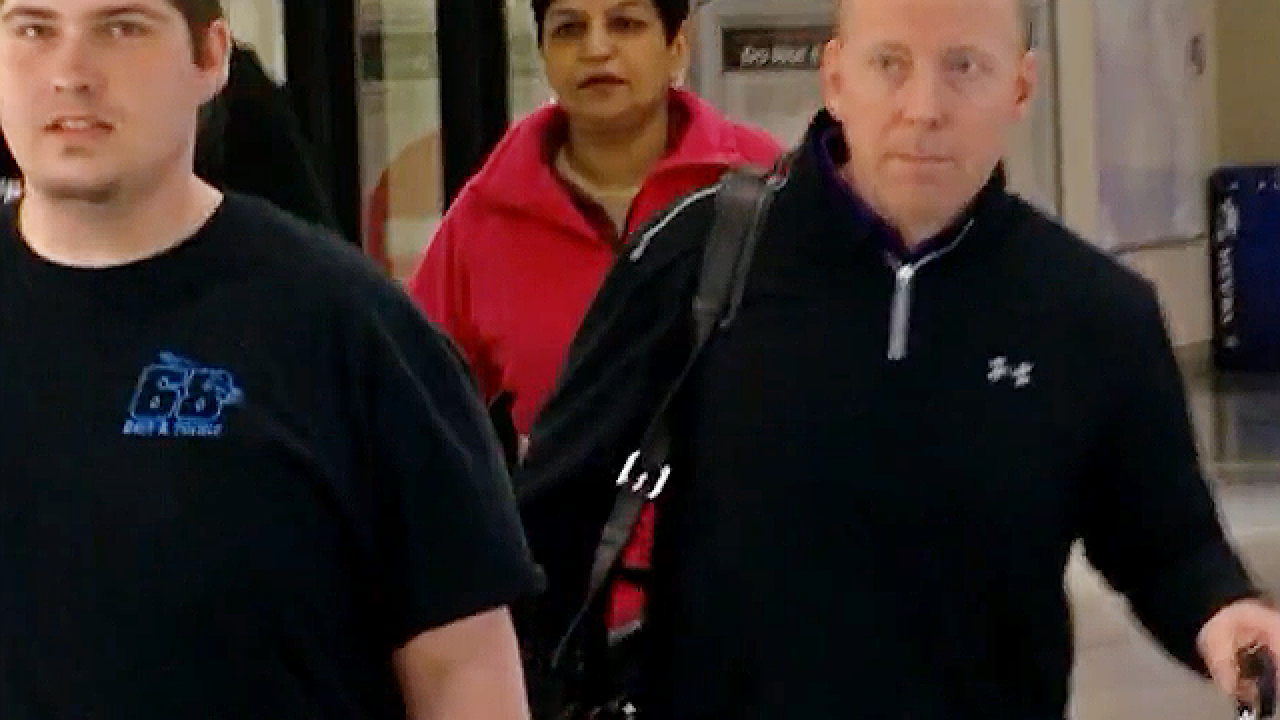 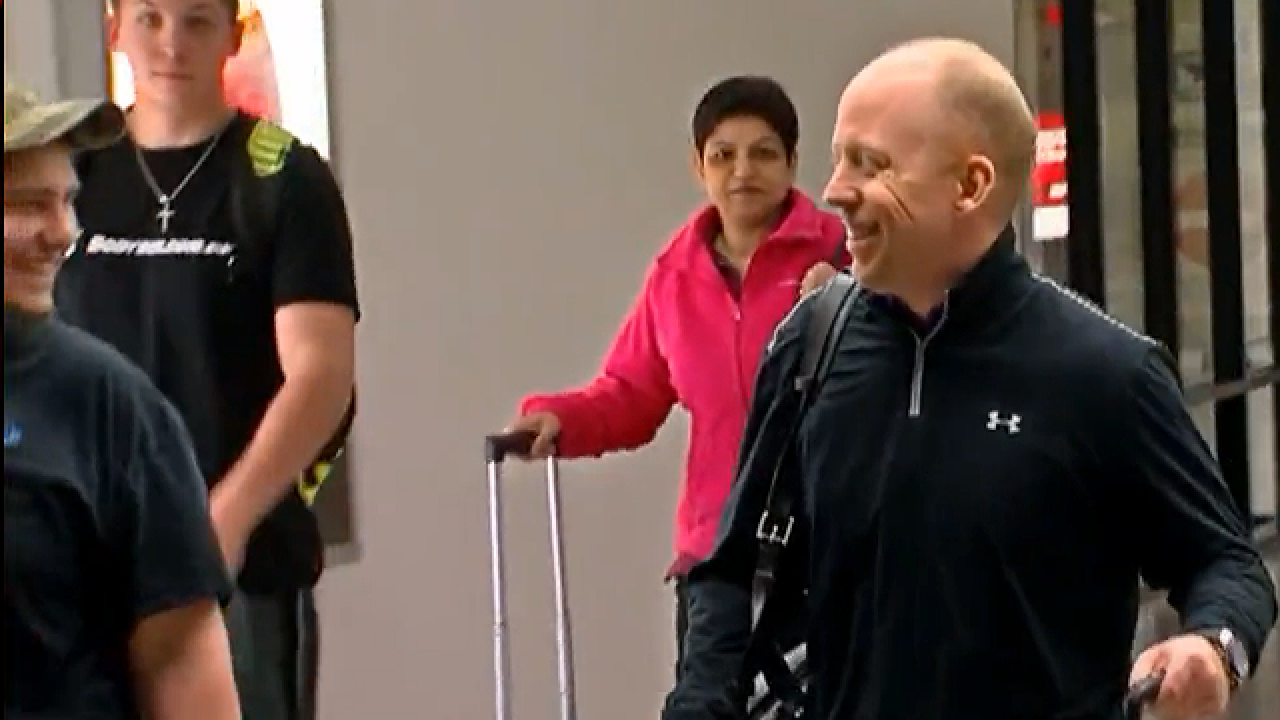 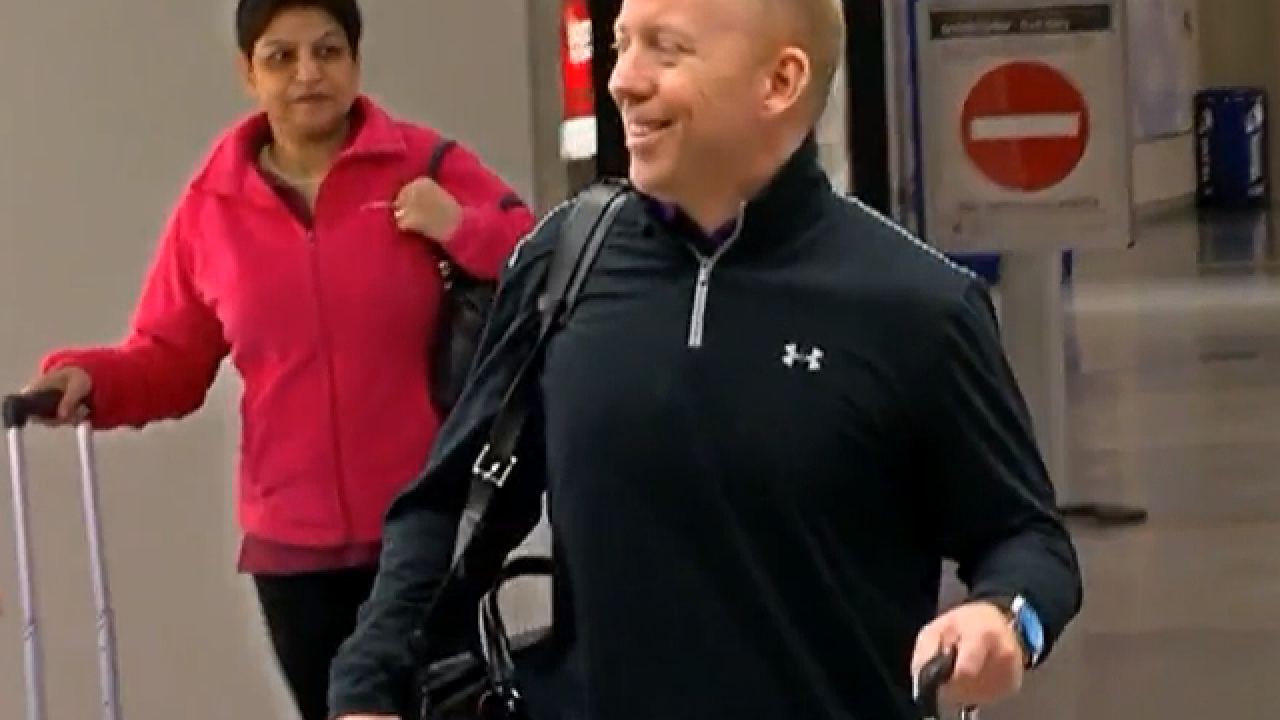 Kunzer-Murphy said she offered Cronin a contract Thursday at the end of his two-day visit and "he said he would take it ... He told us he would take the job."

"He agreed that he wanted to be our next head coach. He left saying he would be our head coach," said Kunzer-Murphy, who spent several hours in meetings and negotiations with Cronin. "In good faith he knew he had to go home and take care of some business. So I expected to get a call today saying he'd taken care of his business, wanted to tell his school, his athletic director and his president - his president who he very much respects ..."

"I never officially accepted. The interest was flattering and I understand these things are difficult for everyone."

Kunzer-Murphy said she found out Cronin wasn't coming to UNLV on Twitter, when UC President Santa Ono announced Cronin was staying here. She said Cronin hadn't called her or texted her since he went home Thursday.

"Now when you don't get a call back maybe you think we dodged a bullet here," she said.

LISTEN to the interview here.

"This is a business. We're going to have a great head coach here … We want people who want to be here."

UC added years to Cronin's contract but did not match UNLV's offer, Broo reported. No terms were disclosed.

"For Mick, it's about understanding he is really building something special here. He has work to do. We have work to do to support him, and that's why we're excited."

Before Kuzner-Murphy went public, Cronin released a statement that indicated he expected to be criticized for playing UNLV to get a better deal from UC.

"I would like people to try and understand after 10 years of dedicated service I chose to evaluate my career and my life," Cronin said in a statement released by UC. "Reflecting through that process was extremely difficult, but it was something I needed to do for me personally.

"The city of Cincinnati and the University are special places to me and I've always said what an honor it is to be the head coach at my alma mater. This program has come such a long way in 10 years and we've still got work to do and goals to achieve. The 2016-17 season starts for me today and I can't wait for the future that lies ahead for the Bearcats and this University."

The official word came in a tweet from Ono on Friday afternoon.

I am thrilled to say Mick Cronin will remain our coach at the University of Cincinnati.

Mick Cronin belongs in Cincinnati. Let's all rally behind him and his team this year and propel our program to even greater heights.

If Cronin wasn't serious about taking the UNLV job and only flew there Tuesday night to get leverage with UC, he apparently got what he wanted.

Observers said Cronin became discouraged with UC's delay in renovating 27-year-old Fifth Third Arena and in doing something as simple as making improvements to the basketball locker room. He wanted more money for recruiting and a chartered plane for recruiting trips, among other things.

There's no mistaking that Cronin's program has had to take a backseat to football - witness the $80 million renovation to Nippert Stadium and the $18 million practice bubble - as UC ramped up to try to get into a Power Five conference like the Big 12 or ACC.

Cronin, 44, thinks his program -  which he resurrected from the wreckage of then president Nancy Zimpher's ouster of Bob Huggins to earn six straight NCAA Tournament appearances - has been underappreciated.

But Ono and Bohn apparently took care of that Friday.

"Mick Cronin has done the tough job of rebuilding our Bearcats program, and I am thrilled to hear he will be returning next year,"  Ono said in a statement from UC. "I know he is hungry to build on the success of the past 10 years and our six straight appearances in the NCAA Tournament."

"It's important to me and the University of Cincinnati to sustain continuity with Mick Cronin leading our storied men's basketball program,"  Bohn said. "I salute what Mick has built in his first decade at UC as he was and is the catalyst for the prominent growth around the program. Together, along with our donors, fans, students and supporters, we remain on an onward trajectory for long-term success."

Cronin called Cumberland the "best player in Ohio” during the season.

Cumberland's coach had predicted that Cronin wouldn't take the Vegas job if it meant leaving his daughter behind. Cronin is divorced and shares custody.

Once Cronin flew home without a signed deal with UNLV,  it seemed obvious that the UC grad and Cincinnati native would stay in Cincinnati. UNLV officials were still publicly optimistic that Cronin would take their offer. But UC had Cronin's roots and his family on their side.

Bohn had not commented publicly about Cronin during the week, leading to speculation that Bohn would be fine with Cronin leaving. But that changed Wednesday night when Ono tweeted that Bohn "is doing everything he can to negotiate" with basketball coach Mick Cronin "to keep him in Cincinnati."

I've been in touch with AD Mike Bohn and he is doing everything he can to negotiate with Mick to keep him in Cincinnati.

If Cronin just wanted a bigger paycheck, he would have gone to Vegas. Kunzer-Murphy said their offer was significant but not $3 million per season as had been widely reported. She said reports that Under Armour would pay up to $1 million were false. "We're a Nike program," she said.

UC was paying Cronin a $1.8 million base package and up to $2.2 million as part of a seven-year extension he signed in 2014.

Cronin supporters didn't think he would leave for just a bigger contract. He had turned down bigger offers from N.C. State and others. This was about bigger issues, they said.

And then there's the fact that the UNLV job isn't what it used to be.

Cronin was  UNLV's third choice for the job after two others turned it down, according to the Las Vegas Sun. They had targeted Stephen F. Austin's Brad Underwood and Pitt's Jamie Dixon before they took jobs at Oklahoma State and TCU, respectively.

UNLV is not the basketball power it was in the glory days of Jerry Tarkankian, when it went to four Final Fours, won the title in 1990 and drew celebrities and Vegas entertainers to the Thomas & Mack Center. The Rebels have reached the Sweet 16 only once (2007) in 25 years. When they lost five out of six early this season, coach Dave Rice was fired and replaced by assistant Todd Simon. The Rebels finished 18-15, sixth in the Mountain West Conference. Simon took a new job Tuesday as head coach at  Southern Utah.

The Rebels still play in the Thomas & Mack Center, though $72,5 million in renovations are supposed to be complete by next season.  UNLV is also expected to play some games at the new T-Mobile Arena, a $375 million palace opening next month.

Cronin's detractors - the people who wanted him to go - pointed to his teams' lack of success in the NCAA Tournament (one Sweet 16, three one-and-dones and a 4-6 record), reliance on defense (read that as boring to watch) and poor offensive skills.

Cronin has coached UC since 2006, leading the team to a 207-129 record despite missing part of the 2014-15 season because of a problem with a blood vessel in his brain known as arterial dissection. He got the green light to coach again after treatment.

The Bearcats narrowly lost to Saint Joseph’s in the first round of the NCAA Tournament last Friday.

Kunzer-Murphy met with Cronin for hours Thursday in an apparent last-ditch effort to finalize a deal before he got on the plane. Murphy said the next step would be for Cronin and his agent to review UNLV's offer.

Mick Cronin on way back to Cincinnati. Kunzer-Murphy said they "had another great discussion." #UNLVmbb #RJnow

The UNLV president made his first public comments about the Cronin talks Thursday afternoon.

President Len Jessup said he "feels good" about the talks, according to the Rebel Report.

Anderson, who had been covering Cronin's visit since Tuesday night,  said he couldn't tell where things stand between Cronin and UNLV.

I've gone back and forth on if Cronin deal happens, but I think longer talks go, more promising for #UNLVmbb. Call it a gut feeling. #RJnow

Cronin was true to his word inasmuch as he said earlier in the day that he would fly back without signing a deal. Despite that, UNLV officials were still confident he would be their next basketball coach, according to ESPN.

Cincinnati coach Mick Cronin flying back home from Las Vegas, but those in the UNLV camp still very confident he’s heading back to Vegas.

ESPN and CBS Sports reported Wednesday that Cronin and UNLV were close to a deal.

Been told by multiple sources Cincinnati coach Mick Cronin and UNLV are headed in the direction of a marriage. Talks still ongoing, though.

Every single person I’ve spoken with believes Mick Cronin will be the next coach at UNLV. But it’s not done yet. https://t.co/9GWMtc1QWt

A possible hitch came up when another Rebels beat writer said UNLV players didn't want Cronin and might leave the program in revolt. Taylor Bern of the Las Vegas Sun said players want assistant coach Stacey Augmon, a legend from UNLV's 1990 national championship team, to get the job.