Buckeyes on parade in first round of NFL Draft 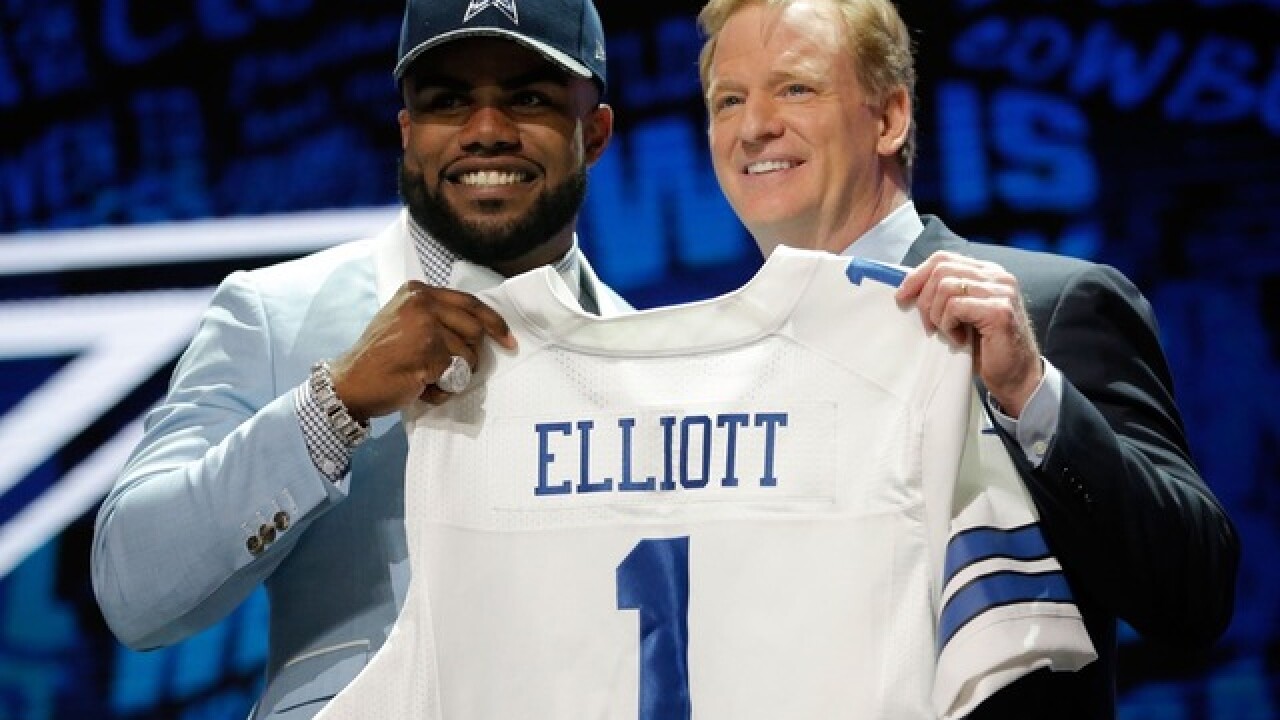 Jon Durr/Getty Images
<p>CHICAGO, IL - APRIL 28: (L-R) Ezekiel Elliott of Ohio State holds up a jersey with NFL Commissioner Roger Goodell after being picked #4 overall by the Dallas Cowboys during the first round of the 2016 NFL Draft at the Auditorium Theatre of Roosevelt University on April 28, 2016 in Chicago, Illinois.</p> 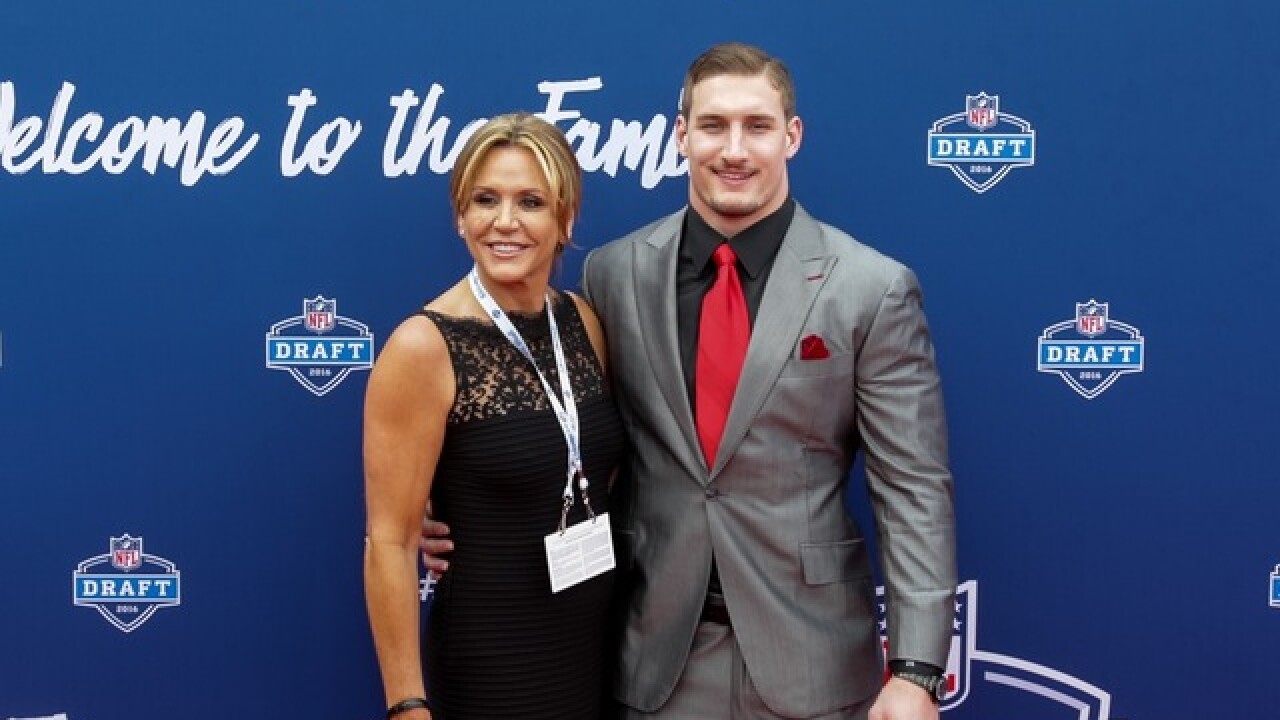 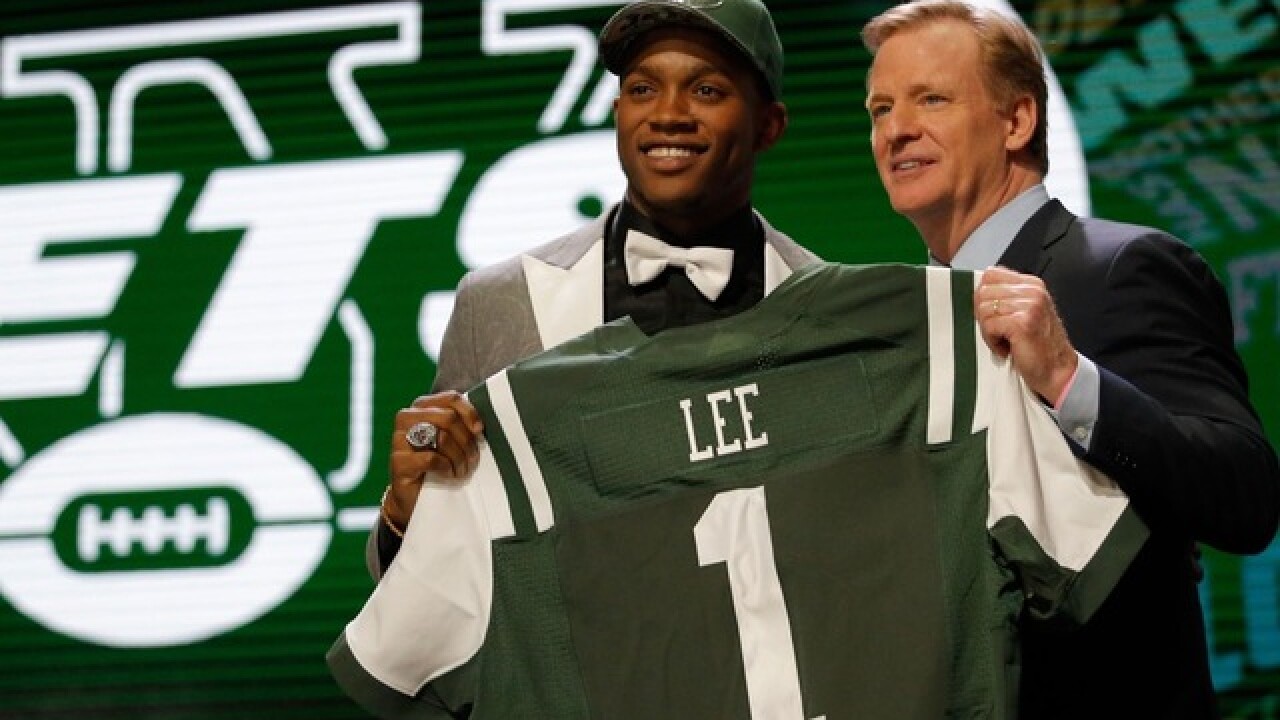 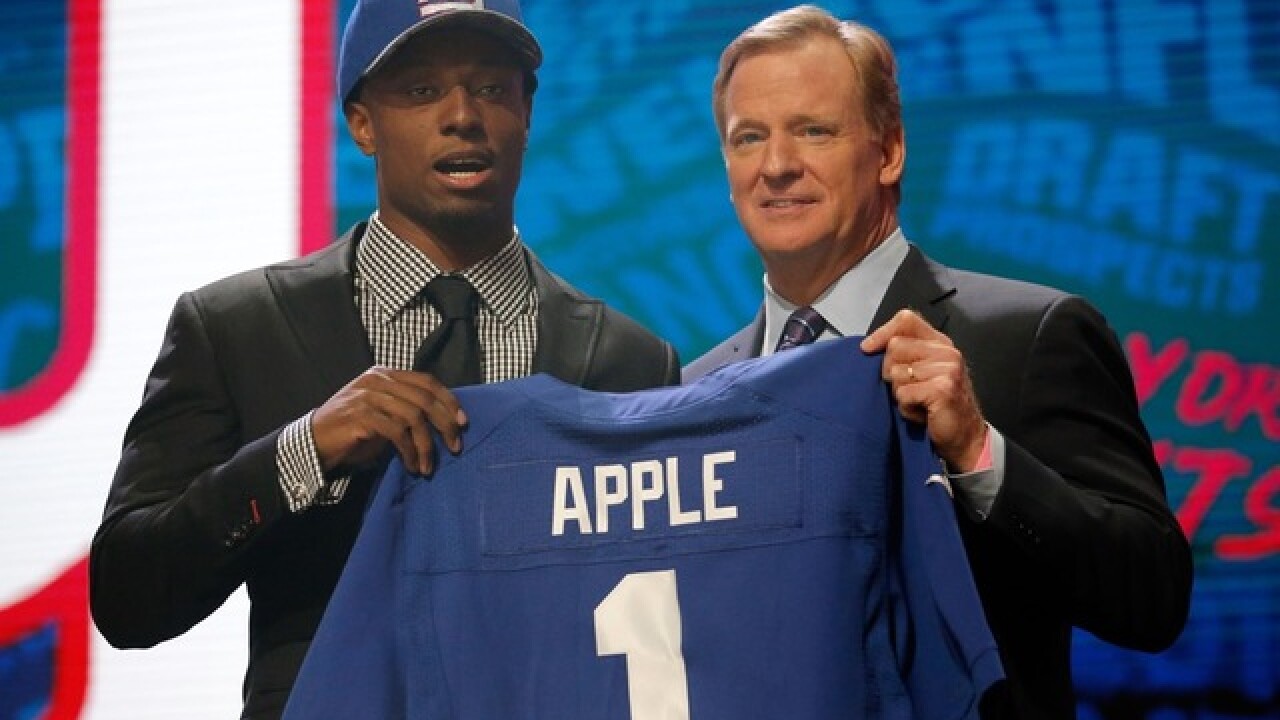 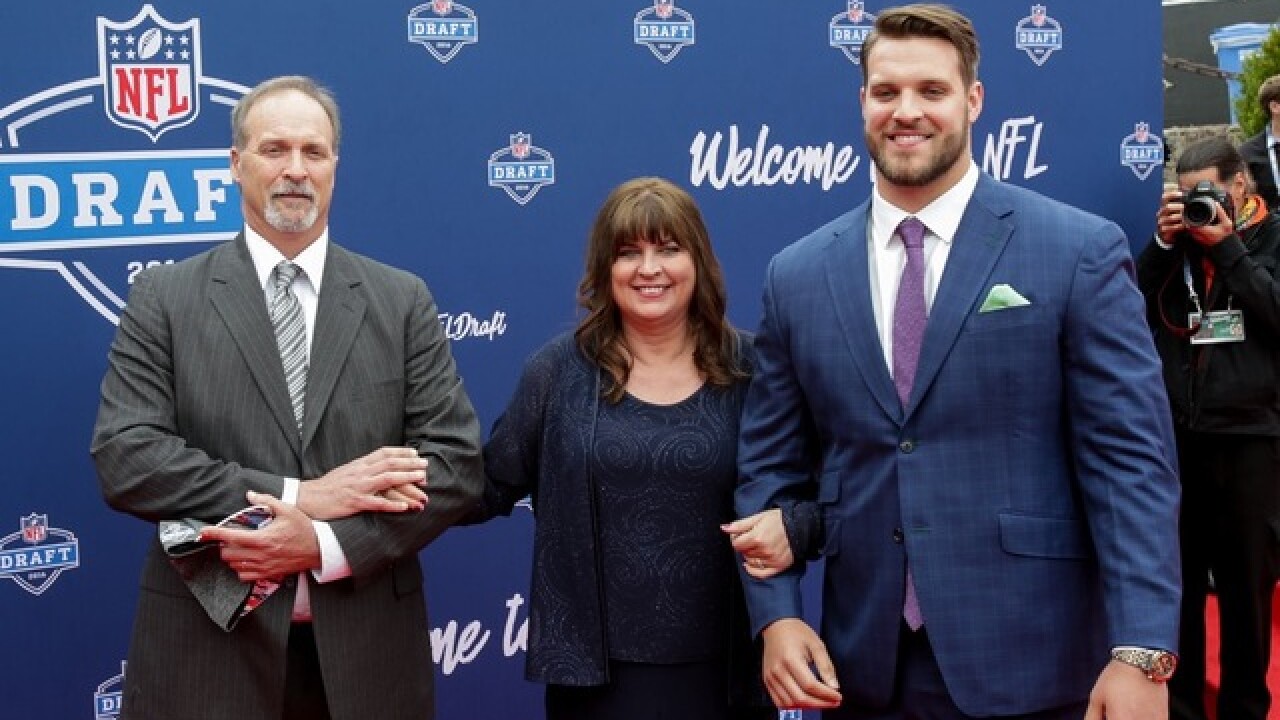 CHICAGO -- After quarterbacks Jared Goff and Carson Wentz got their hats and exchanged pleasantries with Commissioner Roger Goodell, it was an Ohio State parade to the podium in the first round of the 2016 NFL Draft.

San Diego grabbed defensive end Joey Bosa at No. 3 with the first real wild card of the night, and Dallas selected running back Ezekiel Elliott with the fourth pick.

Cornerback Eli Apple went to the New York Giants at No. 10, putting three Buckeyes in the top 10 for the first time in school history.

"That's why we came to Ohio State -- to play at the next level," Bosa said.

Elliott, who rushed for 1,878 yards last season, made quite a fashion statement when he showed off his midsection while walking the red carpet before the draft. But his dress shirt under his blue suit was in place by the time he was drafted by the Cowboys.

"I wanted to be a little different than everyone else," said Elliott, who played with a bare midriff during his time with the Buckeyes. "I had to go out on the red carpet with the crop top."

Detroit added offensive tackle Taylor Decker at No. 16 and the New York Jets selected speedy linebacker Darron Lee at No. 20, putting a total of five Buckeyes in the top 20.

"Seeing the smiles on their faces makes me feel so much better," Bosa said. "That's why we came to Ohio State -- to play at the next level."

Ohio State was just one player away from tying Miami's record six first-rounders, taken in 2004.