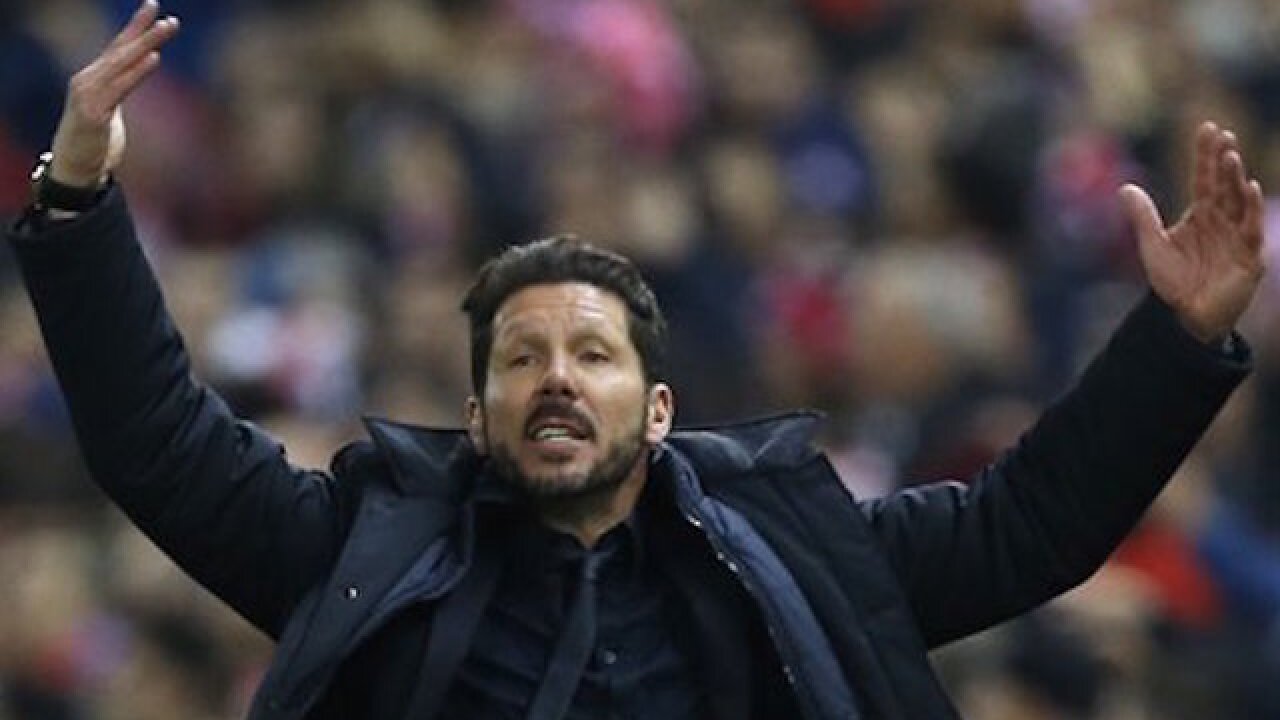 A Madrid derby combined with a match between Pep Guardiola's current and future teams was avoided, but either scenario can still happen in the final on May 28 in Milan.

Real Madrid is a record 10-time European champion, while City is in the semifinals for the first time. The first leg is in Manchester on April 26 and the return is set for May 4.

"It's a semifinal like any other so it will be very, very tough," Madrid coach Zinedine Zidane said. "The only thing that is positive, if there is one, is that we play the second match at home."

Madrid's three most recent semifinal eliminations, however, all came with the second leg at the Santiago Bernabeu Stadium.

Madrid's streak of reaching at least the semifinals for six straight years started after it fired Manuel Pellegrini in 2010. Pellegrini is now coaching City but will leave in the offseason to make way for Bayern coach Guardiola.

The clubs met in the group stage three seasons ago with Madrid winning 3-2 at home and drawing 1-1 in Manchester as City exited without winning a match.

"Madrid is always the favorite, it will always be like that," Zidane said. "But that doesn't matter to us."

Friday's draw extended Madrid's run this season of not having to face a former winner of Europe's top club competition.

City had never before even reached the semifinals.

"We have been solid (against Dynamo Kiev) and solid in the quarterfinals against Paris Saint-Germain, so now we have the right to dream about the final," City director of football Txiki Begiristain said.

Bayern was paired with Atletico Madrid in a rematch of the 1974 final. Then, the German club won 4-0 in a replay to take the first of its five European titles.

The first leg is in Madrid on April 27 and the return is in Munich on May 3.

"I know how good Atletico is," Guardiola said. "They've had the same coach for five years and they play with his mentality."

Bayern under Guardiola also has a strong Spanish influence and familiarity with Atletico's style.

"Guardiola knows our league very well and they have Spanish players like Javi Martinez, Xabi Alonso, Bernat and Thiago who also know it," Atletico sports director Jose Caminero said. "It will be very difficult, but we will compete to the maximum like we always do."

Atletico is a two-time runner-up after giving up last-minute equalizing goals both times, including against Real Madrid in 2014.

Friday's draw keeps open the chance of a title re-match for Simeone two years after Atletico's 4-1 loss in extra time.