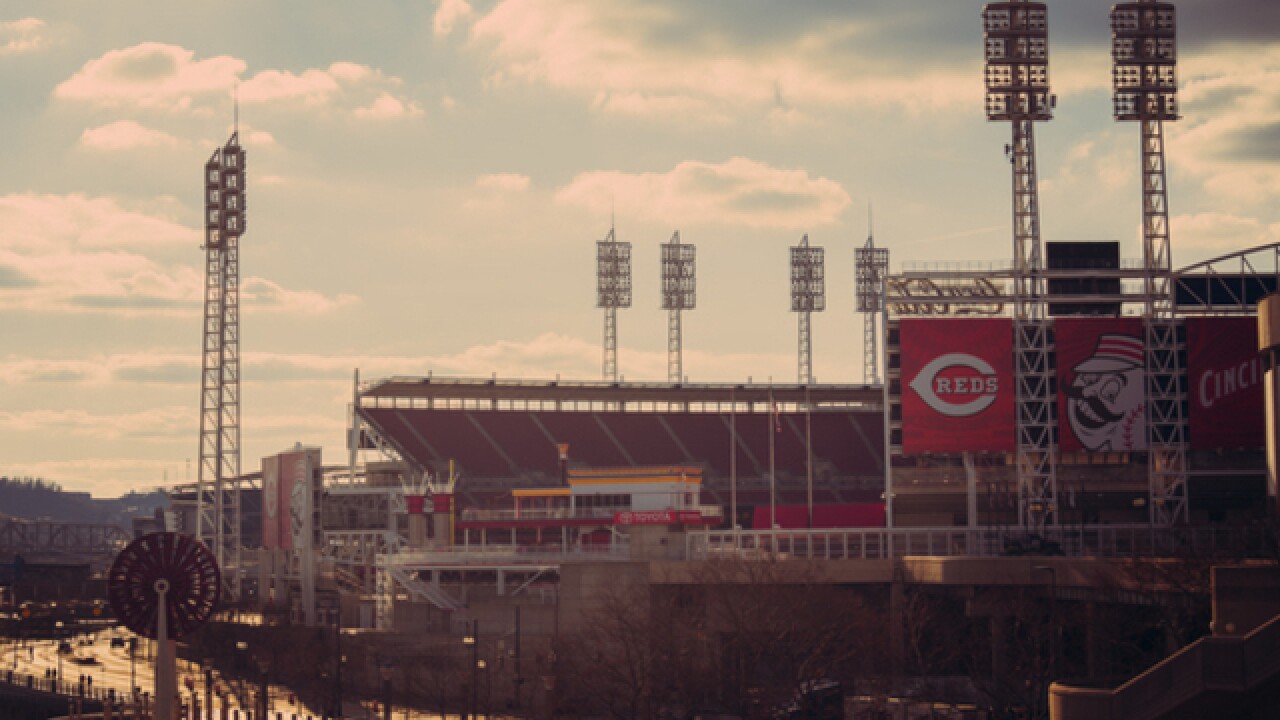 If you have read either of the two columns I have written on the eve of Opening Day the last two years, you know that I am an eternal optimist.

Two years ago I wrote about how the Reds could win the World Series. That didn’t work out too well.

But Opening Day -- my favorite holiday of the year -- is upon us. That means it's a time for hope.

In the last two years, teams like the Royals, Mets and Indians have made surprising playoff runs.

I’m not predicting the Reds will make a playoff run, but here are nine reasons to get excited for 2017.

I compiled this list by the highly scientific method of careful consideration during my morning run and asking my resident experts -- my 7-year-old and 9-year-old sons.

1. The Reds should be better this year.

That bodes well for a young team.

2. There will be plenty of story lines to watch develop.

Some teams you know who the roster will be, and barring injury, it will be the same most of the year. There’s little drama or intrigue.

We can expect changes as injured players return from the disabled list, as players on the Opening Day roster perform -- or don’t -- and as players from the minor leagues force their way to the big leagues with strong performances.

It might not always be pretty in terms of wins or losses, but it won’t be boring.

3. Aroldis Chapman, Todd Frazier, Johnny Cueto, Jay Bruce, Brandon Phillips, Mike Leake and Mat Latos are all gone. But the team gathered quite a haul of prospects in return.

We will start to get a better sense this year of what kind of return the team received in those trades.

Brandon Finnegan (Cueto trade) and Rookie Davis (Chapman trade) are in the starting rotation. Anthony DeSclafani (Latos trade) will be once he is healthy. Cody Reed (Cueto trade) is waiting in the wings.

Those trades have remade this team. So far the early returns seem strong. Duvall was an All-Star. DeSclafani looked like an ace last year. Suarez has shown flashes of brilliance.

This was my 7-year-old’s instant reaction when I asked him what he was excited for this season.

What’s not to love about a guy who got a late start in pro baseball because he was busy playing college basketball for a big-time program?

Of course it helps that he’s a 6-foot-6 lefty who throws in the mid to upper 90s.

The 24-year-old dominated in the minor leagues last year. He had a 2.55 ERA when you combine his stats at Double A and Triple A.

5. Peraza was the response from my 9-year-old.

Peraza earning a starting spot has softened the blow a bit of his favorite player, Brandon Phillips, being traded. Peraza hit .324 with 21 steals in 71 games last year. That was as a 22-year-old.

Is it realistic to think he can consistently play at that level in the big leagues?

His batting average, on-base percentage and stolen bases with Triple A Louisville over nearly an identical number of games were all lower. But Peraza has hit at every level he has been. He’s twice stolen 60 or more bases in a season. It’s exciting to think about him and Billy Hamilton stealing bases like crazy.

This team no longer has the pitcher with the fastest fastball. Chapman used to get the entire crowd buzzing. “How fast will he throw tonight?” we would wonder aloud.

Chapman’s gone, but the Reds still have the fastest runner in baseball.

When Billy Hamilton gets on base, all eyes are on No. 6.

With Hamilton in the game, you feel like at any moment you might see something that’s never been done on a baseball field before. Like this.

7. It’s not whether you win or lose, it’s how you play the game.

I anticipate this Reds team getting blown out in some games. But I also hope to see this team playing scrappy baseball. Stolen bases. Taking extra bases on hits to the outfield or misplayed balls. Hit and runs. That’s exciting baseball to me.

That sort of scrappy team that wins on hustle is exactly the kind of team that fits Cincinnati.

8. I feel like last year this town turned a corner with Joey Votto.

I heard a lot less complaining about his home run and RBI numbers and a lot more appreciation for what Votto is -- one of the best hitters of this generation.

Votto is a fantastic hitter. He’s a hard worker. He wants to win. He’s committed to Cincinnati.

Let’s appreciate him for a few more years before his contract starts to become an unholy burden on this team.

9. Most importantly, baseball is back!

Enjoy it, Cincinnati. Even a bad game at a baseball field is better than a good day just about anywhere else.