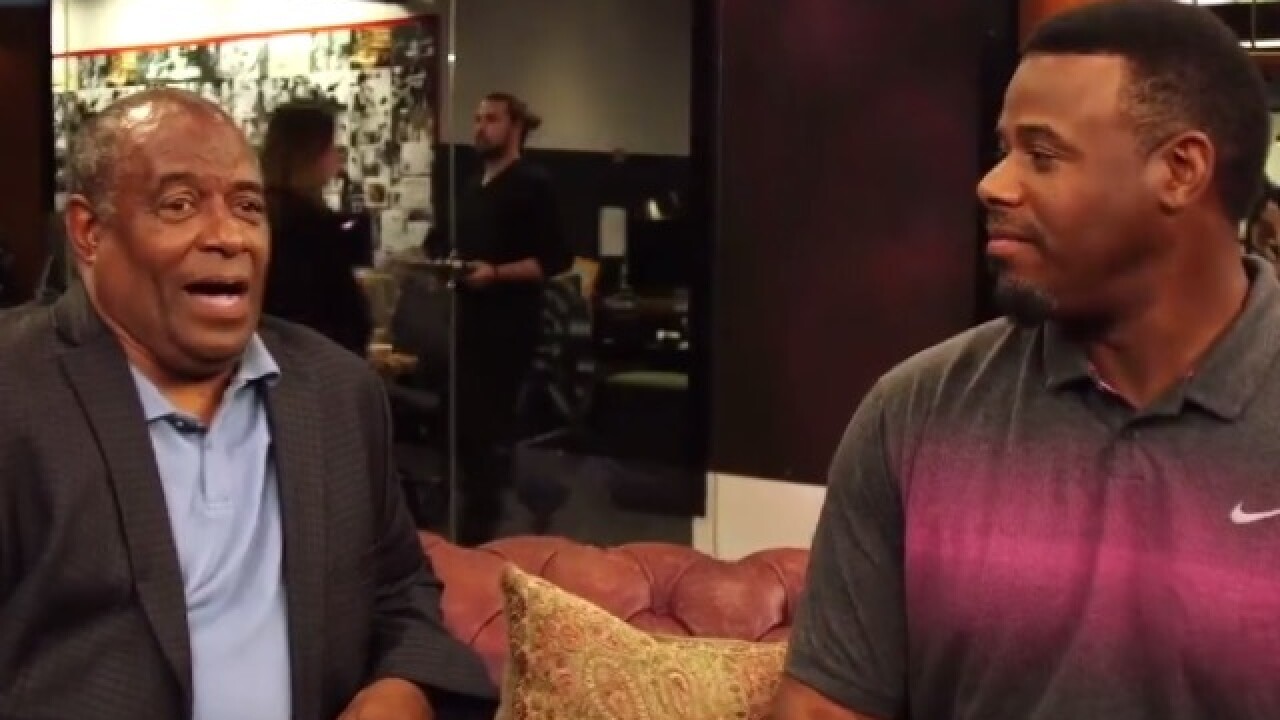 Ever wondered what Ken Griffey Sr. might have done if he hadn't played professional baseball?

Junior put that question to his dad in a Facebook Live session for HuffPost Sports on Wednesday afternoon.

(The answer: He'd have been a professional football player -- American football, not soccer.)

Senior also talked about the challenges he faced getting to the big leagues, his proudest moment in baseball, his biggest passions outside baseball, who he looked up to as a kid... and which Griffey relative was nicknamed was Slobber.

He also touched on his prostate cancer diagnosis ("A lot of men will not talk about prostate cancer," he said) and what it's like to be a grandfather (Junior says, as a grandfather, his dad isn't the same man who raised him -- which probably sounds familiar to a lot of parents).

The interview was part of HuffPost's series "Talk To Me," encouraging kids and parents to have meaningful conversations.

If you've got some time, watch the half-hour interview below: