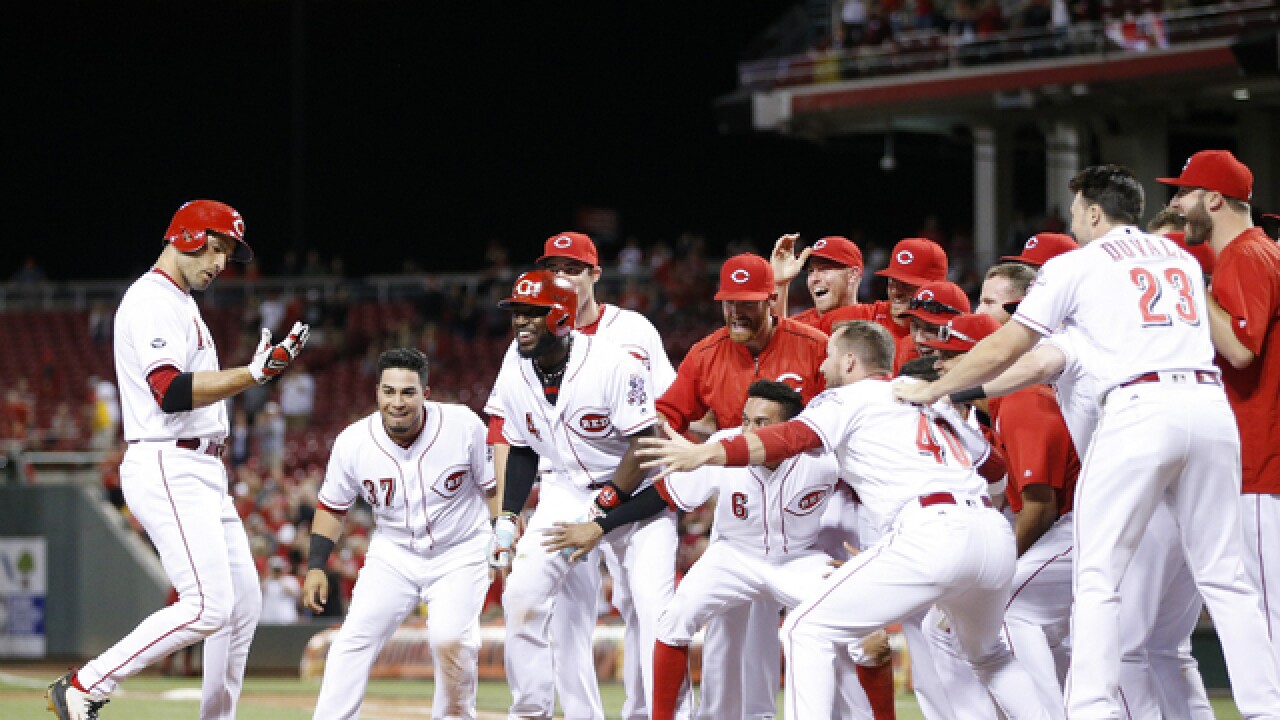 Joe Robbins | Getty Images
<p>Joey Votto celebrates with teammates after hitting the game-winning home run against the St. Louis Cardinals on June 7, 2016. Although the Reds had a lot of lowlights in the first half of the season, there have been bright spots. (Getty Images)</p>

CINCINNATI (AP) — Joey Votto homered with one out in the bottom of the ninth inning on Tuesday night, powering the Cincinnati Reds to a 7-6 victory over the St. Louis Cardinals after they blew a five-run lead for the second straight day.

Votto connected off left-hander Kevin Siegrist (4-1) for his fifth career game-ending homer and Cincinnati's third homer of the game. The Reds have won five of their last six games overall.

Cincinnati pulled ahead 6-1 with the help of Adam Duvall's three-run homer off Mike Leake, his fourth homer in five games. The Reds got Duvall from the Giants as part of a trade for Leake last July, and the right-hander signed with St. Louis in the offseason.

Left-hander John Lamb shut down the Cardinals with his 65 mph curveball, allowing only one earned run in a career-high 7 1/3 innings. That's when the major leagues' worst bullpen let another late lead get away.