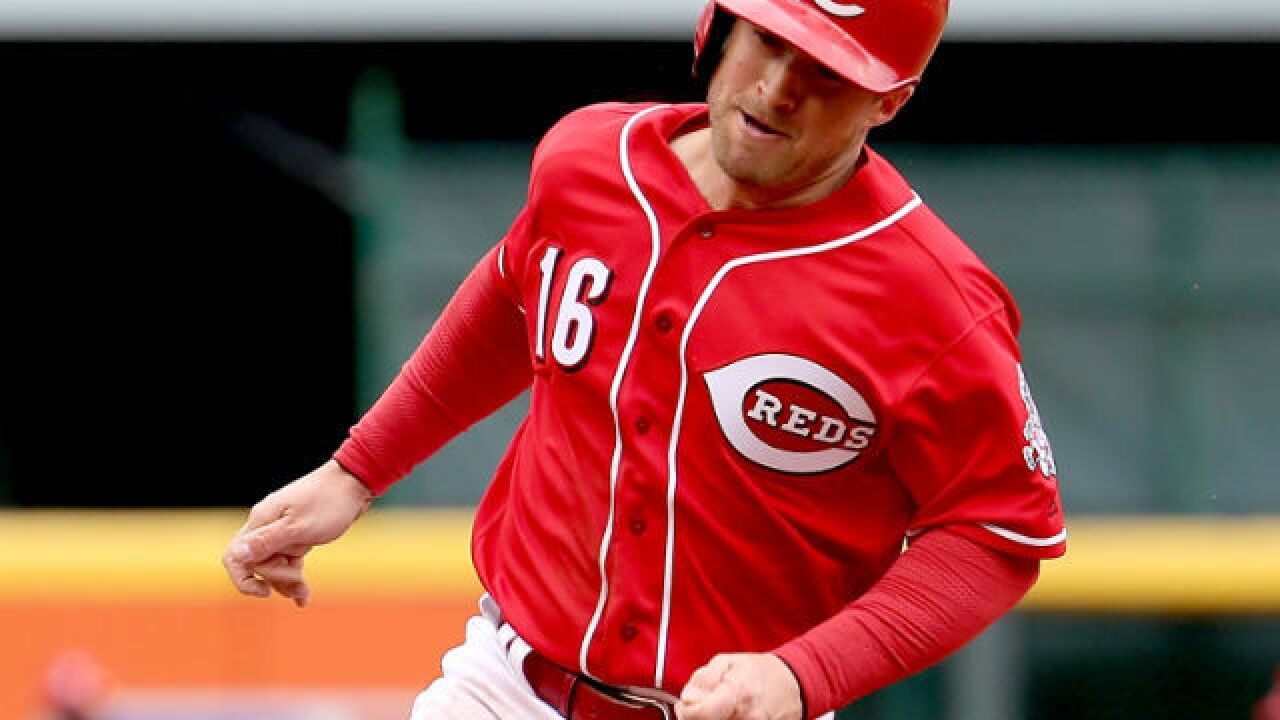 <p><span>CINCINNATI - Tucker Barnhart #16 of the Cincinnati Reds runs to third base during the game against the Philadelphia Phillies at Great American Ball Park on April 7, 2016. (Photo by Andy Lyons/Getty Images)</span></p>

CHICAGO – Tucker Barnhart's go-ahead, three-run homer in the seventh inning helped the Reds to a 5-3 victory over the Cubs Wednesday afternoon.

Barnhart's homer off reliever Trevor Cahill (1-3) came after singles by Brandon Phillips and Jose Peraza and erased the Cubs' 3-1 lead.

Zack Cozart had a solo homer in the first off Adam Warren and the Reds padded their lead in the eighth when Adam Duvall walked, advanced to third on Phillips' single and scored on a wild pitch by Carl Edwards, Jr.

Phillips had three hits and Cozart and Peraza had two apiece. Cozart has now homered in three straight games.

Reds starter Anthony DeScalfani (3-0) gave up a solo homer to Ben Zobrist in the fifth but held the Cubs to three runs on eight hits over six innings.

Michael Lorenzen gave up two walks but no hits in two scoreless innings and Tony Cingrani retired the Cubs in order in the ninth for his 10th save.

The last-place Reds won two-of-three from the first-place Cubs, but Chicago still leads the season series 10-3.

Warren, called up from Triple-A Iowa to give the rotation a rest, allowed three hits in five innings, retiring his final 11 batters.

Addison Russell hit an RBI double in the second and scored on Miguel Montero's single for the other Cubs' runs off DeScalfani.