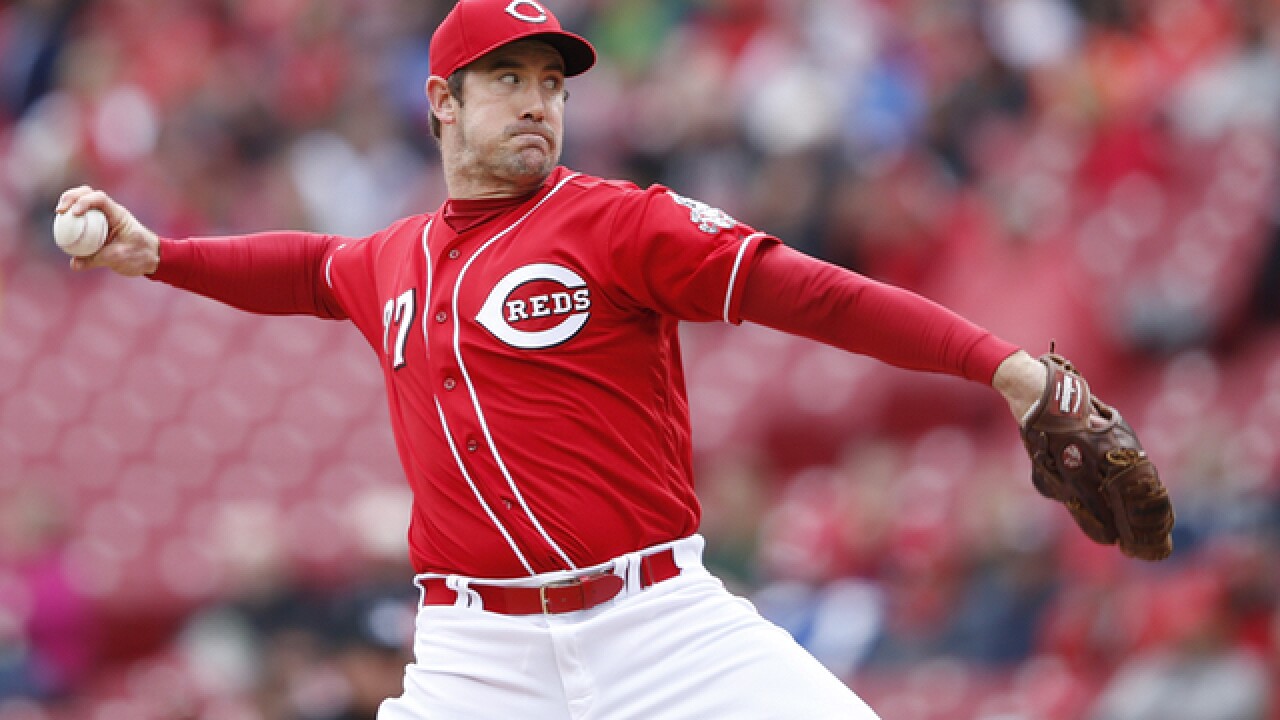 Joe Robbins
<p>CINCINNATI, OH - MAY 04: Ross Ohlendorf #27 of the Cincinnati Reds pitches against the San Francisco Giants in the ninth inning of the game at Great American Ball Park on May 4, 2016 in Cincinnati, Ohio. The Reds defeated the Giants 7-4. (Photo by Joe Robbins/Getty Images)</p>

CINCINNATI -- Ten games out of place by Cinco de Mayo. By Memorial Day, the Reds figure to be 16 games out of first place. By July 4th, they'll be totally out of our consciousness. Good, maybe, for you; bad for them.

They'll have a lot of tickets to sell between then and October.

After watching the sad turnouts for their series against the Giants (was there even one human being in the Diamond Club seats on Wednesday afternoon?), it's abundantly clear that interest in the Reds could tank to epic proportions this season.

The town will buy into rebuilding. But the team hasn't given us that. Instead of the "young kids" that we were promised, what we're getting is a daily dose of "has beens" and "never weres." Sprinkle in a struggling Joey Votto (and let's not totally kill the guy for using the word quit.It's a horrible word for any athlete to be saddled with, let along use on himself.  He simply was voicing frustration), an untradeable Jay Bruce and a "refused to be traded" Brandon Phillips and you have your 2016 Cincinnati Reds.

It's a total and unmitigated mess.

OK Ken tell us something we don't already know.

Here goes: Cody Reed has pitched 16.2 innings of baseball and has allowed a grand total of three runs. He simply has dominated AAA batting. In his last start on May 1, he took a no-hitter into the sixth, left after seven allowing no runs.

Robert Stephenson has made two starts for the Reds this season, demoted after both, and won both of those starts. Meantime, in Louisville, he's 2-1 with an earned run average of 1.88.  He just pitched six innings of two run baseball in his latest start, last night.

Outfielder Jesse Winker is hitting .306 in AAA, has struck out only eleven times in 100 plate appearances and is getting on base at a .412.

Question: have the Reds determined that all three of these players might suffer some allergic reaction to playing in Great American Ball Park?

Instead of the rebuilding, we remain in the "tear down" mode.

Why? The answer to all of your questions in life is: money.

Here is it fast and simple. It's all about Major League Baseball service time. The quicker that begins for a player, the faster that player gets to arbitration (which is a process that ravages a team's payroll) and free agency (which a team can either choose or not choose to participate in).  And it's not just when a player's Major League service time begins, it's also the amount of service time the player has.

And where it comes into play for Messrs. Reed, Stephenson, Winker and others is in the category of "Super Two." A player's chance at arbitration doesn't begin until he has three years of Major League service time. BUT, if a player accrues 86 days of service time in a year preceding two full years of Major League service, then he becomes eligible for arbitration. He also has to be the top 22 percent in that first year.

It also has made the Reds reluctant to begin their rebuilding process. They fear all three of their top players (and also infielder Jose Peraza, whom they acquired in the Todd Frazier trade) will become more expensive a year earlier, than if they leave them in the minors.

It's penny-wise and pound-foolish.

What it's doing is alienating a loyal fan base -- plain, simple end of story. Each of the three players named are gaining little now pitching against and hitting against AAA pitching. Maybe nothing. With the Reds, the fan base will see what the future holds. All due respect to Ross Oleander, Alfredo Simon, Ivan Ohlendorf Jr, and others who I'm sure are wonderful people and trying on a daily basis to win ball games, it's not what this team should be about.  Nor will any of them be around when the Reds are contending good again.

They are only so many bobble heads you can give out, so many fireworks you can shoot off, so many seats you can fill with people who just want to fill their faces with as much food as they can eat. It's a finite group. And it's not the core business.

The core business is baseball. And while the team has made the right decision to implode now (it was going to happen sooner or later), it needs to do the right thing by the people it needs the most: fans of the product.

Bring up the kids. It should have been done a month ago.

Random thoughts on a random Thursday...

FC Cincinnati has filled a remarkable void in the landscape and is off to a great start. But I think the MLS is a long way off, if ever. There's this little thing about a team in Columbus...

BTW, I wonder how many in the Nippert Stadium crowd realize what a great stroke of fortune it was to lure John Harkes here to coach the team....

Bengals rookies are in town this weekend for their indoctrination camp. Most intriguing of the draft picks to me is the 4th round pick, Baylor defensive tackle Andrew Billings. 6-0, 300? What size suit do you figure he wears...

Actually, the most intriguing guy in camp would have been former Arizona State standout Antonio Longino, but he's not available, wanted in Cleveland for allegedly tampering with evidence in a murder investigation. Dang....

Written by Tom Durden and Mae Boren Axton (the mother of another famous songwriter, Hoyt Axton), Presley recorded this with his fellow band mates Scotty Moore on guitar, Bill Black on upright bass and DJ Fontana on drums. But the Sun Recording session also featured Floyd Cramer on piano and Chet Atkins on guitar. It stayed at the top of the charts for seven weeks.