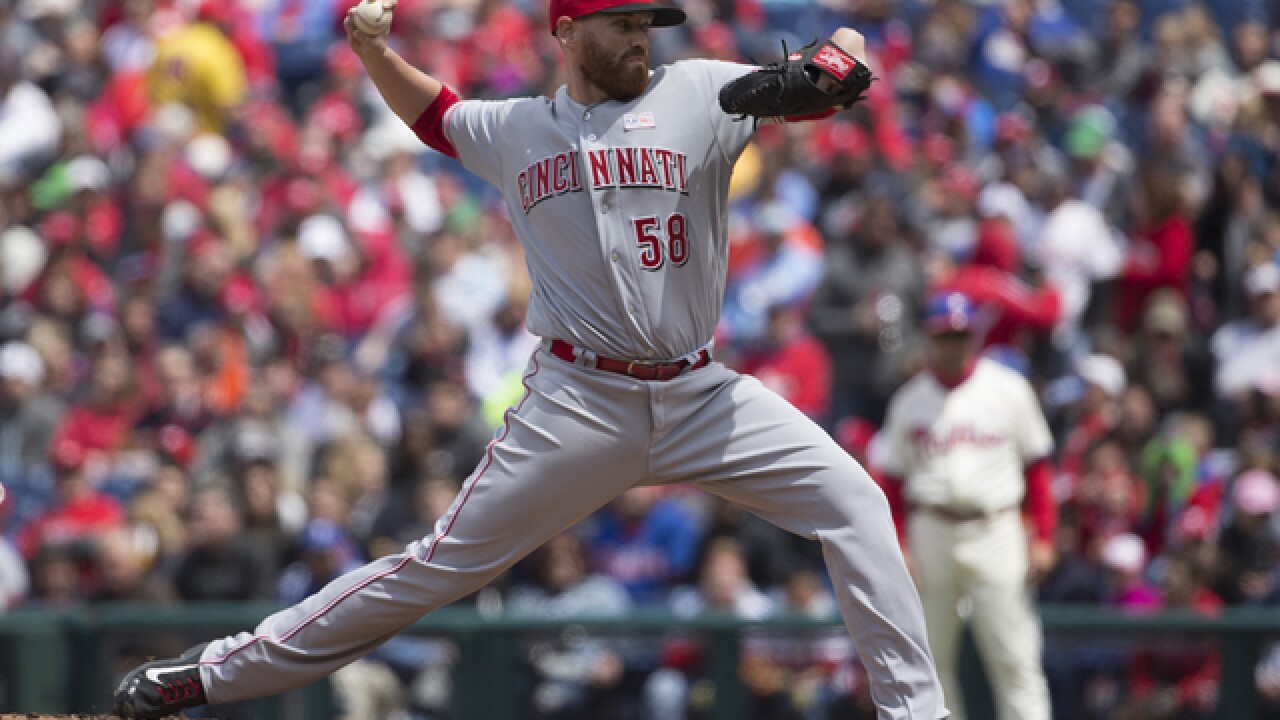 Mitchell Leff
<p>PHILADELPHIA, PA - MAY 15: Dan Straily #58 of the Cincinnati Reds throws a pitch in the bottom of the first inning against the Philadelphia Phillies at Citizens Bank Park on May 15, 2016 in Philadelphia, Pennsylvania. (Photo by Mitchell Leff/Getty Images)</p>

PHILADELPHIA (AP) -- Eugenio Suarez hit a three-run homer, Jay Bruce went 3 for 3 and the Cincinnati Reds rebounded from a difficult loss with a 9-4 victory over the Philadelphia Phillies on Sunday.

The Reds had lost five of six, including the first two of the weekend set in Philadelphia. The Phillies hung on for a 4-3 victory on Saturday night when Suarez was cut down at the plate by left fielder Tyler Goeddel on the final play of the game.

Odubel Herrera had two hits and two RBIs for Philadelphia, which had won six of seven. Goeddel and Cesar Hernandez also had two hits apiece.

Straily walked with the bases loaded and Tyler Holt drove in a run with a fielder's choice before Suarez connected for his seventh homer, ending Morgan's day.

The Phillies finished with 12 hits, but left 16 runners on base.

Straily scattered six hits and walked three while striking out six. Tony Cingrani entered with the bases loaded and one out in the ninth and retired two in a row for his third save.

Pinch hitter Zack Cozart got the Reds some breathing room when he hit a two-run single off Elvis Araujo in the ninth.

With his fourth-inning walk, Herrera matched his total from last year in just his 162nd plate appearance of the season. He added another walk in the eighth inning. Herrera, a Rule 5 pick in 2014, had 28 walks in 495 plate appearances during his rookie campaign last season.

The Phillies had won six in a row at home. They were trying for their first seven-game home win streak since 2009.

Reds outfielder Billy Hamilton, who was placed on the bereavement list Friday to attend the funeral of his young nephew in Mississippi, is expected to return to the team Monday in Cleveland.