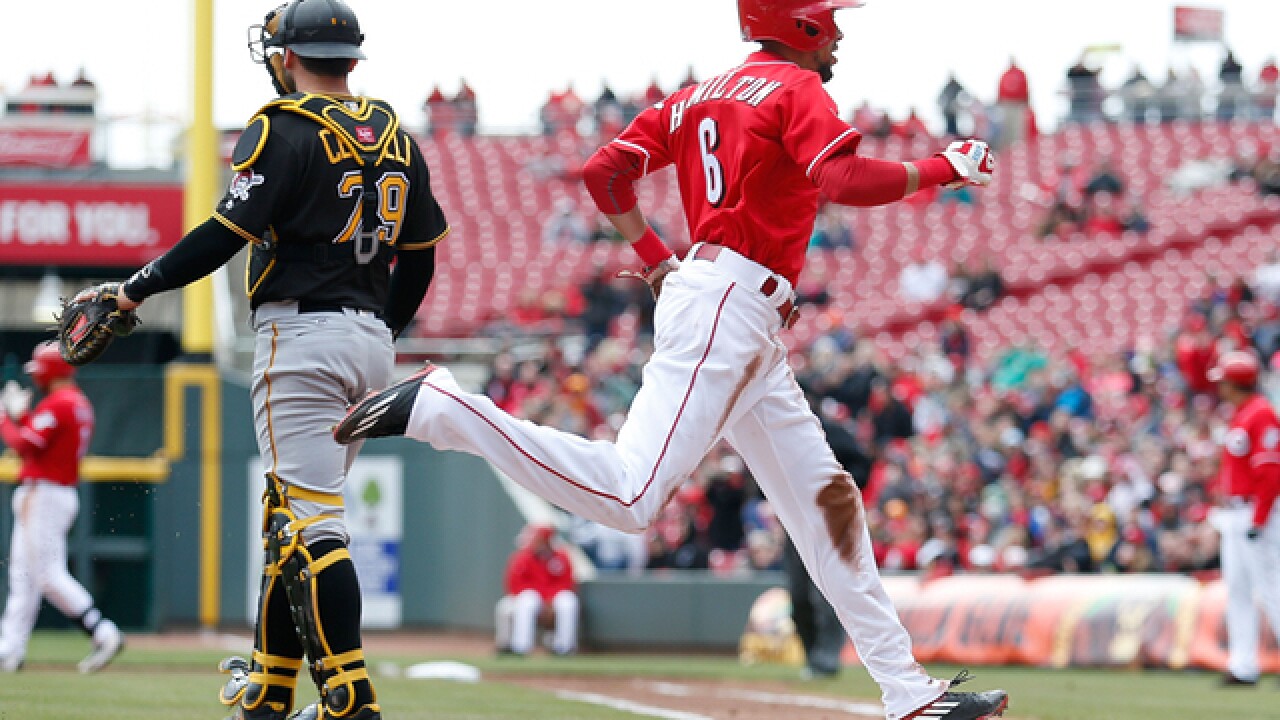 CINCINNATI (AP) -- Eugenio Suarez drove in three runs with a single and a homer, and ace-by-default Raisel Iglesias made another solid start as the Cincinnati Reds sent the Pittsburgh Pirates to their first loss, 5-1 on Saturday.

At 4-0, Pittsburgh was off to its best start since 2003. The Pirates also had their top starter making his debut - Gerrit Cole (0-1) was pushed back in the rotation after developing a sore ribcage during spring training. He still couldn't beat the Reds.

Cole won 19 games last season and finished fourth in the NL Cy Young voting, but failed to beat the Reds in four starts, going 0-3 with a 5.95 ERA. Over his career, he's 0-5 in seven starts against them.

Suarez had an RBI single in the first and a two-run homer in the seventh off Kyle Lobstein, his team-leading third of the season. He also scored three times.

Iglesias (1-0) gave up a run and eight hits in 5 2/3 innings. He was moved to the front of the rotation when injuries sent four starters to the disabled list.

It was 38 degrees at the first pitch with a wind chill of 25. Light snow fell during the game, which featured a Reds blanket giveaway. Many of the 22,799 fans were wrapped in them.

It didn't go well for Cole at the outset. He allowed three hits in his first 11 pitches, including Suarez's RBI single. Jay Bruce's one-out single made it 2-0. After the ragged start, he settled in and retired nine in a row. Cole lasted 4 2/3 innings, giving up five hits and three walks.

Iglesias allowed at least one runner in each of the first four innings, but was bailed out by a pair of double plays, including one with the bases loaded. The Pirates stranded four runners in scoring position in those four innings.

2B Brandon Phillips was in the lineup for the second straight day after missing two games with a stomach ailment. He singled home a run.

RH Tim Melville makes his major league debut, the second Reds starter to do so in the opening week along with Robert Stephenson. The 26-year-old Melville has played in the Royals' and Tigers' farm systems and signed a minor league deal with Cincinnati I last November.