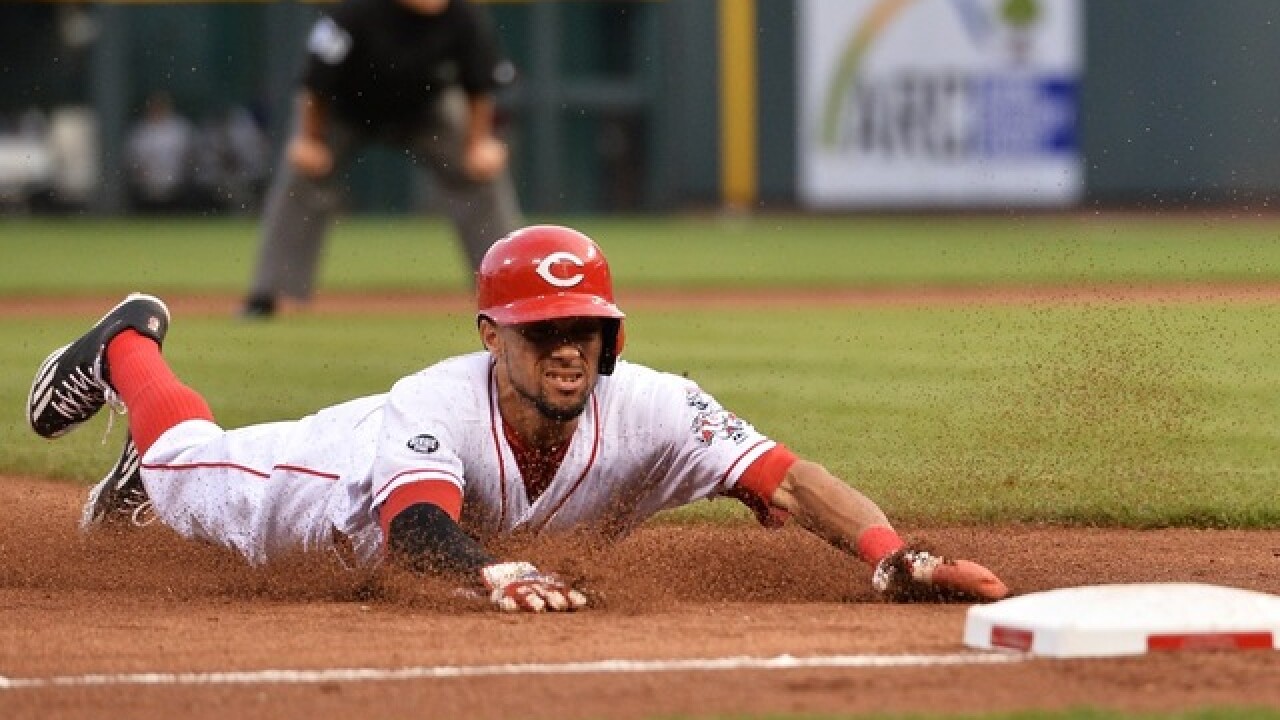 Jamie Sabau/Getty Images
<p>CINCINNATI, OH - APRIL 19, 2016: Billy Hamilton #6 of the Cincinnati Reds steals third base in the second inning against the Colorado Rockies at Great American Ball Park on April 19, 2016 in Cincinnati, Ohio.</p>

CINCINNATI -- Billy Hamilton didn’t want to talk about it until he saw the doctor.

But his latest injury clearly has him frustrated. Hamilton banged his non-throwing (left) thumb when making a catch to rob Matt Carpenter of a home run Friday night in St. Louis.

He aggravated the injury trying to make a diving catch Wednesday.

You have to feel for Hamilton. It seems like he’s constantly trying to get his bat going while battling injuries. He dealt with a left hand injury his rookie year. Last year, he injured his shoulder Aug. 19 and never fully recovered. He ended up having surgery Sept. 29. That hampered his offseason plans and troubled him well into spring training.

“He knew he had a little bit of contusion, but it didn’t seem to be an issue,” Reds manager Bryan Price said. “After he went and dove for that ball (Wednesday), it became more of an issue. I think he’ll be able to do everything but hit comfortably. I don’t think you’ll see him in the starting lineup for at least a couple of days.

“He’ll be in a splint to keep the thumb from being jarred.”

Since the injury, Hamilton is 1-for-11 and his on-base percentage has gone from .322 to .262. Hamilton’s struggles are well-documented. But they're often made worse when he tries to play through injuries.

That’s why it would be wise for the Reds to let Hamilton heal fully before having him play through this injury -- even if that means a trip to the disabled list.

Jose Peraza, one of the players the Reds got in the Todd Frazier trade, can play center and is off to nice start at Triple-A Louisville. He went into Thursday hitting .326/.354/.391.