Rosales homers in 10th to lift Padres past Reds 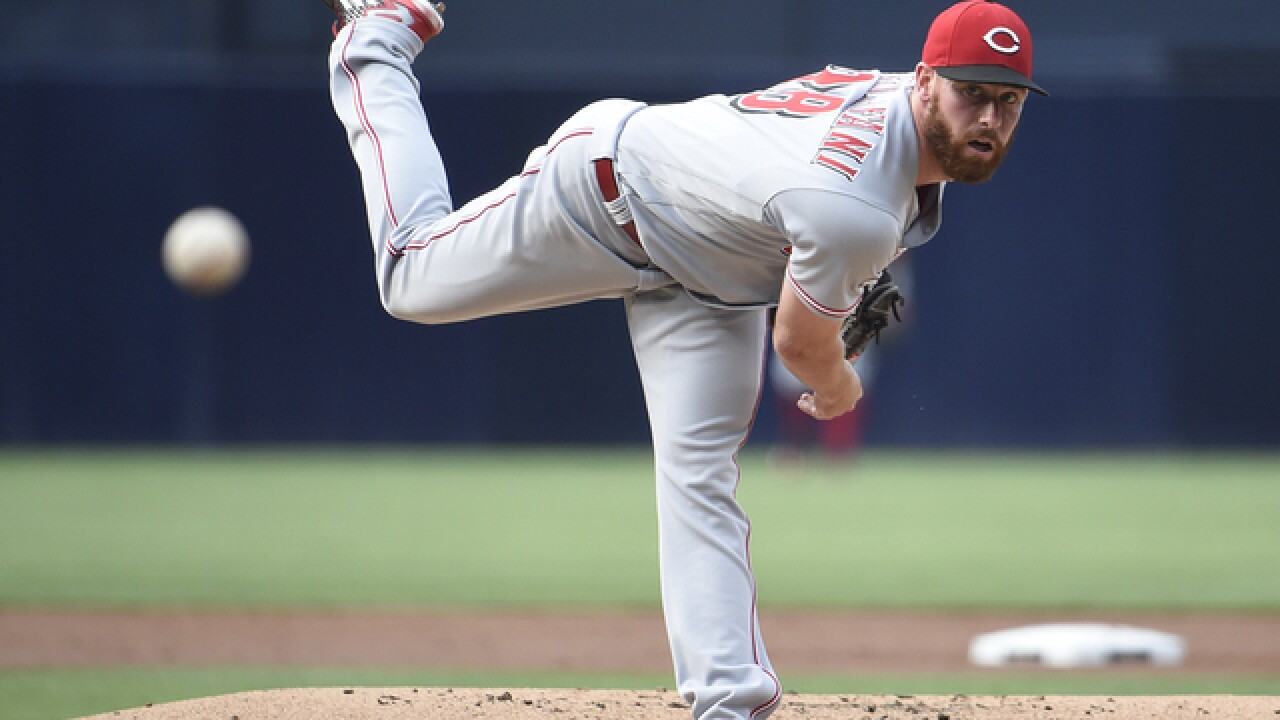 Denis Poroy
<p>SAN DIEGO, CALIFORNIA - JULY 30: Anthony DeSclafani #28 of the Cincinnati Reds pitches during the first inning of a baseball game against the San Diego Padres at PETCO Park on July 30, 2016 in San Diego, California. (Photo by Denis Poroy/Getty Images)</p>

SAN DIEGO (AP) -- Adam Rosales homered leading off the 10th inning to give the San Diego Padres a 2-1 victory over the Cincinnati Reds on Saturday night.

Rosales sent a 2-2 pitch from Jumbo Diaz (0-1) over the fence in left-center field for his eighth homer of the season.

Christian Friedrich started for the Padres and pitched six innings while giving up one run and five hits. Friedrich struck out two and walked one.

Anthony DeSclafani allowed one run on four hits in six innings for the Reds. He walked two and struck out six.

Matt Kemp was in the original lineup before he was scratched shortly before the game. San Diego later announced Kemp had been traded to Atlanta in exchange for Hector Olivera.

The Reds got on the scoreboard first on Billy Hamilton's RBI single in the top of the third.

Alexi Amarista's RBI single to right in the sixth tied it.

Homer Bailey (0-0) will make his season debut after returning from having Tommy John surgery in May 2015.