Reds to Stephenson: Come back when you're ready 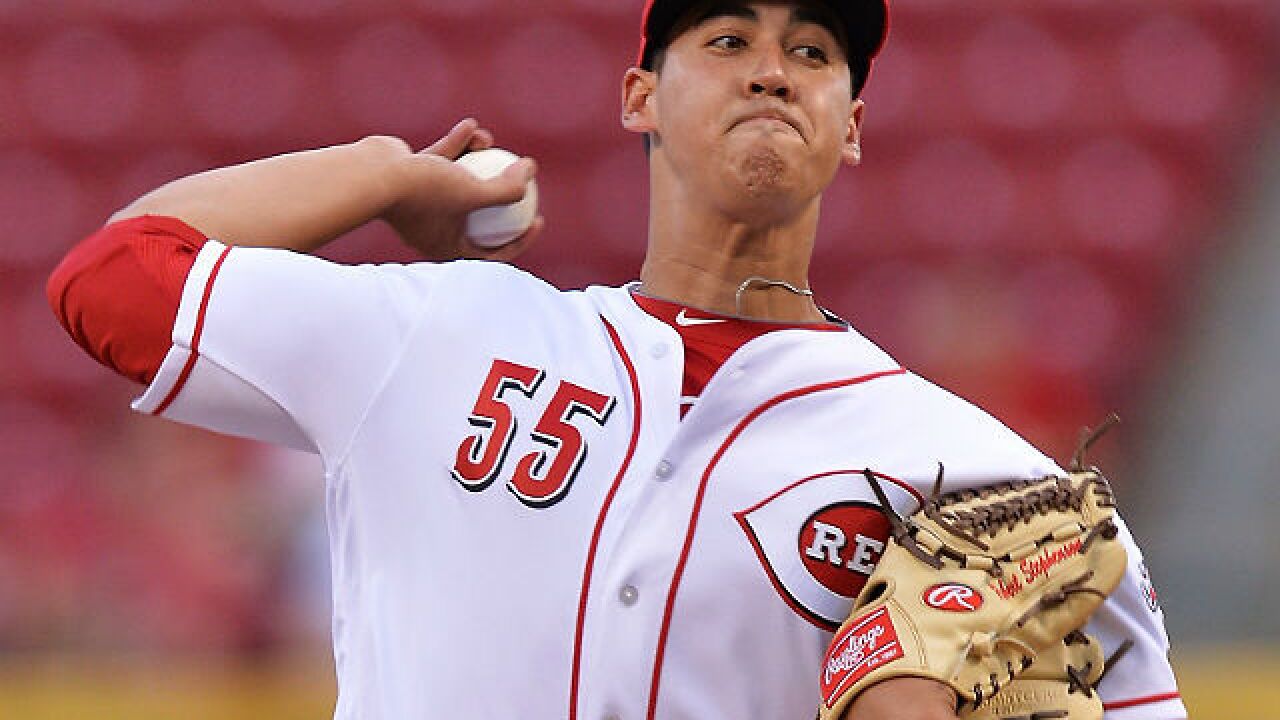 <p><span>CINCINNATI - Robert Stephenson #55 of the Cincinnati Reds pitches in the first inning against the Colorado Rockies at Great American Ball Park on April 19, 2016. (Photo by Jamie Sabau/Getty Images)</span></p>

CINCINNATI  - Robert Stephenson pitched the best game of any Reds’ starter this year on Tuesday to beat the Colorado Rockies 4-3.

Wednesday, as expected, he was sent back to Triple-A. The Reds called up right-handed reliever Drew Hayes to take Stephenson’s spot on the big club. They also needed to clear a spot of the 40-man roster so they designated RHP Keyvius Sampson for assignment.

Manager Bryan Price said he wanted Stephenson, the Reds' top prospect, to work on goals they set for him this season. To a layman, it looked like Stephenson did pretty well in his two spot starts.  He allowed only one hit over his last five innings Tuesday night. He went five innings and allowed three earned runs in his previous spot start.

“It’s small sample size,” Price said. “We have a lot more history with Robert — past history than recent history. Recent history is two nice games, one particularly nice game against the Rockies.

“That being said, he doesn’t have a large sample size of major league games. Coming into this year, our goal was to have him increase his overall number of strikes, increase his ability to command the zone with his change-up and breaking ball, improve his fastball command. I don’t want to be critical of his game yesterday because he pitched beautifully, but he does have areas of his game to work on.”

Price talked about Ramon Martinez and Mike Remlinger being in the same situation as Stephenson. They came up pitched well and got sent back down.

“It’s not unprecedented,” Price said. “We’re going to have guys coming off the DL. I think it’s going to be more challenging for a guy like Robert to stay in this rotation long-term. We’d rather him his pitching regularly in Triple-A.”

Homer Bailey, Anthony DeSclafani and John Lamb will make rehab starts in the next three days. All are two to three weeks from joining the rotation if all goes well.