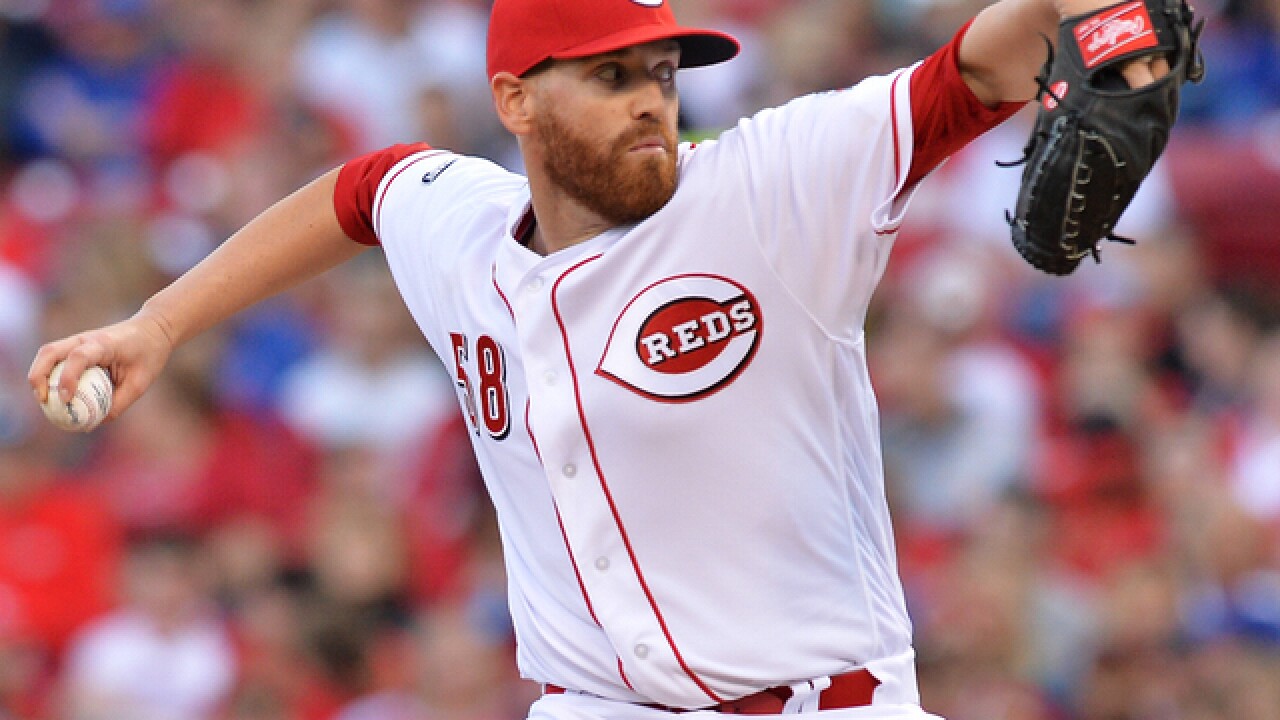 A victory would have given the Cubs (13-5) their best start since 1907, the year they won the first of their back-to-back World Series titles. A four-homer splurge ended Chicago's domination of its NL Central rival.

This series opened with Jake Arrieta's second career no-hitter in a 16-0 win Thursday night. Jon Lester kept it going, throttling the Reds in an 8-1 victory the following night. John Lackey couldn't hold a 3-2 lead in the sixth inning on Saturday night.

Suarez's homer off Lackey (3-1) put the Reds up 5-3 and started a seven-run inning. Duvall connected off Trevor Cahill, and Scott Schebler followed with a solo homer. The Reds hadn't hit three homers in an inning since 2012.

Joey Votto later hit a two-run shot on a night when the Reds gave away Votto superhero bobbleheads. The four homers were a season high for Cincinnati, as were the 13 runs.

Blake Wood (2-0) got the win in relief of Dan Straily, who gave up three runs in 4 2/3 innings, including Addison Russell's homer.

Cincinnati's comeback ended the Cubs' streak of eight straight wins over the Reds since last season. They'd gone 5-0 against the Reds this season, outscoring them 46-7. Chicago had won its last six games in Cincinnati overall, its best such streak since 1945-46.

The last time the Reds hit three homers in an inning was May 21, 2012, when Mike Leake, Zack Cozart and Drew Stubbs connected off the Braves' Mike Minor.

Arrieta improved to 4-0 with his no-hitter. Lackey was trying to go 4-0 for the first time in his career. The last time the Cubs had a pair of pitchers win their first four starts was 1918 with Hippo Vaughn and Phil Douglas.

Alfredo Simon (0-1) makes his first start since April 13, when he retired only two of the nine batters he faced at Wrigley Field and gave up five runs. He pitched two innings in relief in St. Louis two days later and got a shot of anti-inflammatories for an inflamed biceps, prompting him to miss his last scheduled start.