Reds game postponed because of rain 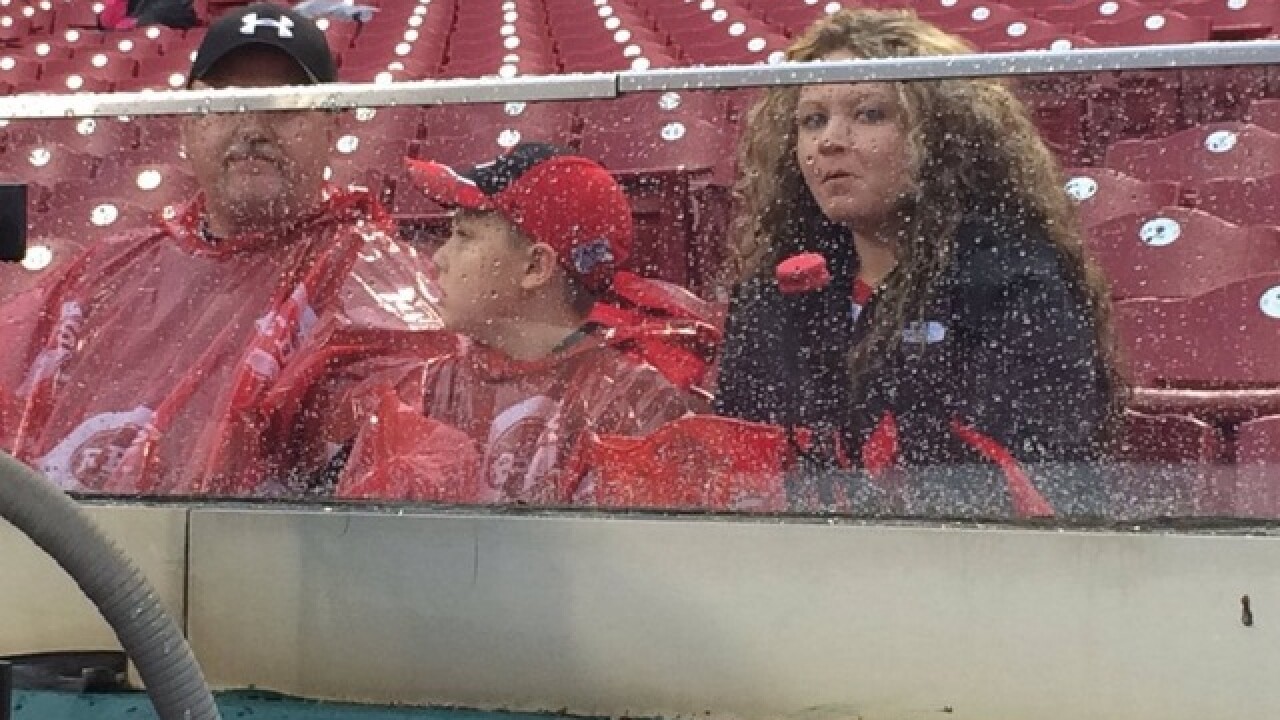 John Popovich | WCPO
<p>CINCINNATI. May 10, 2016. Some die-hard fans held out hope the Reds would still play against the Pittsburgh Pirates. Rain forced the game to be postponed until a later date.</p>

CINCINNATI -- Tuesday night's Reds game against the Pittsburgh Pirates was postponed because of rain, the 13th postponement in 14 seasons at Great American Ball Park.

Rob Butcher, Reds director of media relations, said the team would announce the rescheduled game at a later date.

DON'T MISS: Win or lose, fans can still have fun

Both teams decided to bump their rotations back a day for the final game of the series on Wednesday, staying with their original starters for Tuesday. The Pirates' Juan Nicasio (3-3) will face Alfredo Simon (1-3).

The rainout amounted to a respite from the teams' ongoing hit-by-pitch history. In the past four seasons, the Reds have hit 39 Pirates batters -- six this season -- while the Pirates also have hit 39 Reds batters, including three this season. It's the most in the majors for two teams over that span. Joey Votto was plunked by Jonathon Niese in the series opener.

Fans holding tickets for Tuesday night’s game can present their same ticket for the rescheduled game, with no exchange needed.

Not a good night to sell cotton candy. No baseball tonight.@WCPO pic.twitter.com/EJO53PtEjN

People with tickets from StubHub may only use their same tickets for the make-up game, no exchange necessary. Those fans can contact StubHub for more information.

Fans holding ticket for the Diamond Club, Champions Club, Handlebar, Cincinnati Bell Technology Pavilion, or CBTS Pilot House should hold on to their tickets. Those tickets will be valid for the same location for the make-up game.

Tickets also can be exchanged for a remaining 2016 regular season home game, though some exclusions apply, subject to availability. Excluded dates include May 21 and June 24-26.

Fans that ordered tickets online at reds.com or by phone through Ticketmaster can contact Ticketmaster customer service at 1-800-745-3000 to exchange their tickets.

Ticket exchanges can be made at Great American Ball Park ticket windows throughout the regular season or by mail.

Fans with Straight-A tickets can use their same tickets for the make-up game or exchange them for one of the other Straight-A dates: May 18, June 8, June 28, Aug. 15 and Aug. 16. Tickets can be exchanged by mail or in person at the ballpark.