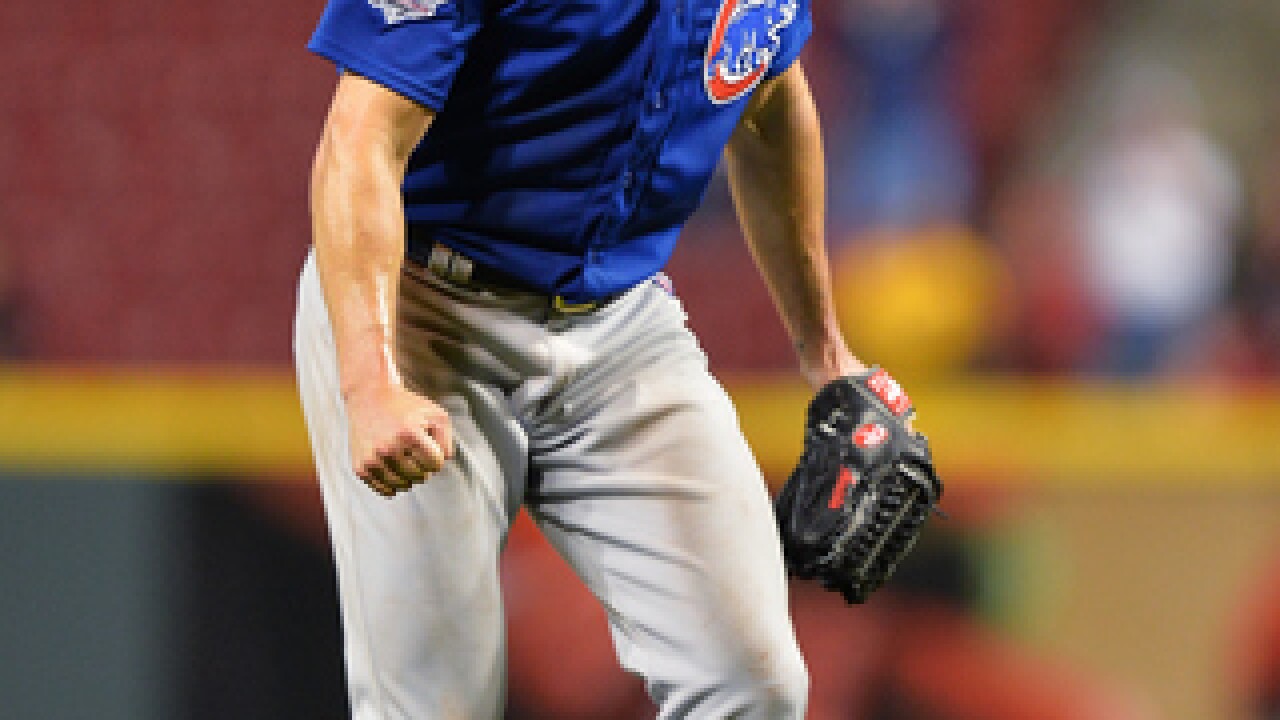 Jamie Sabau/Getty Images
<p>CINCINNATI, OH - APRIL 21: Jake Arrieta #49 of the Chicago Cubs celebrates after the final out after throwing a no-hitter against the Cincinnati Reds at Great American Ball Park on April 21, 2016 in Cincinnati, Ohio. Chicago defeated Cincinnati 16-0.</p> 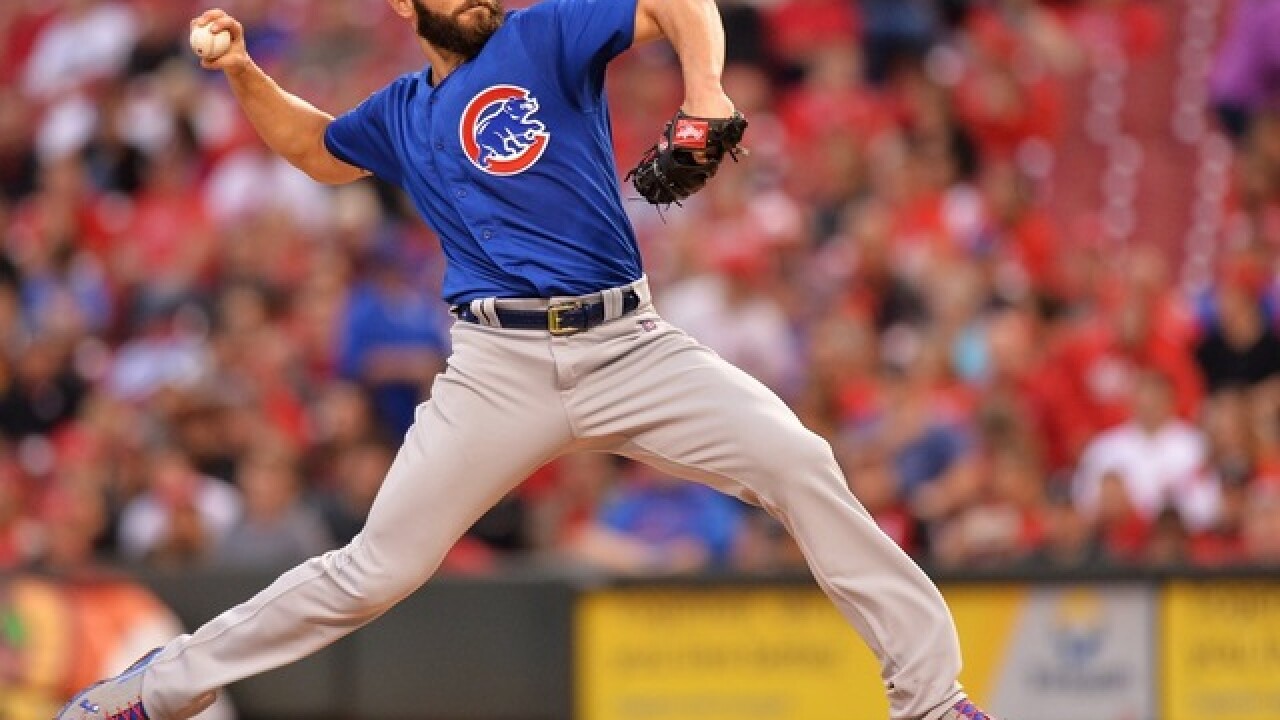 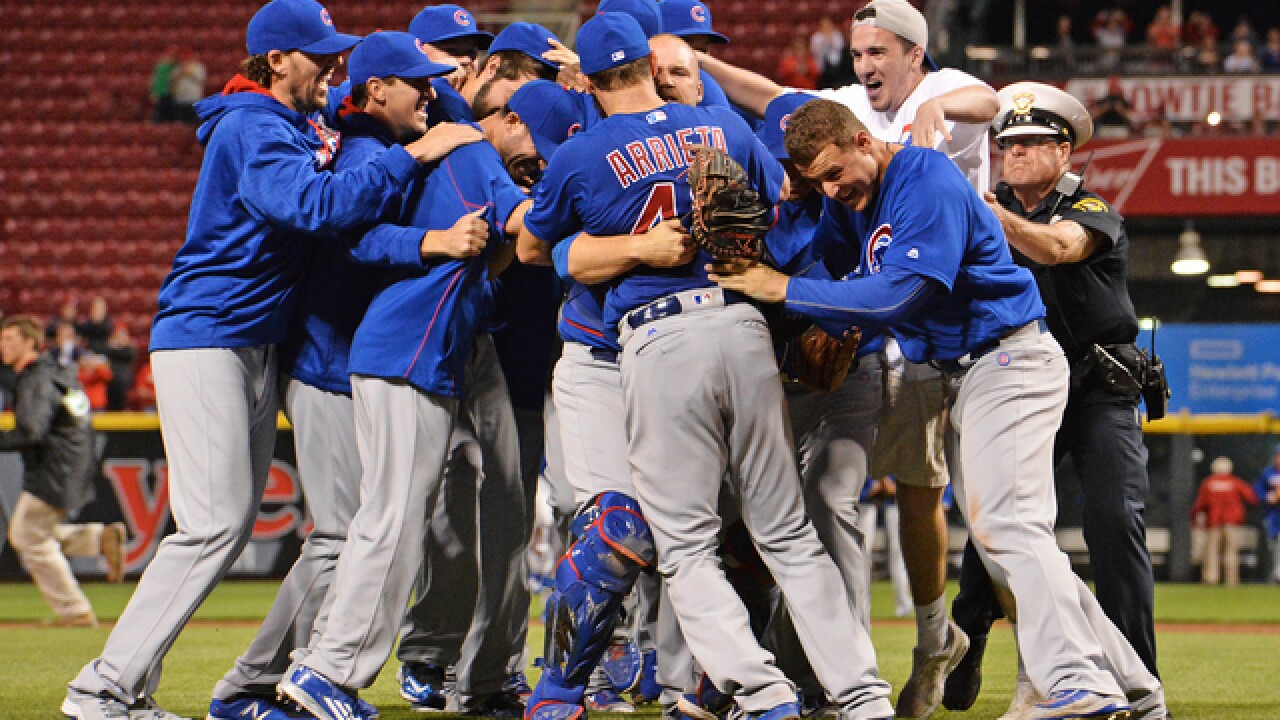 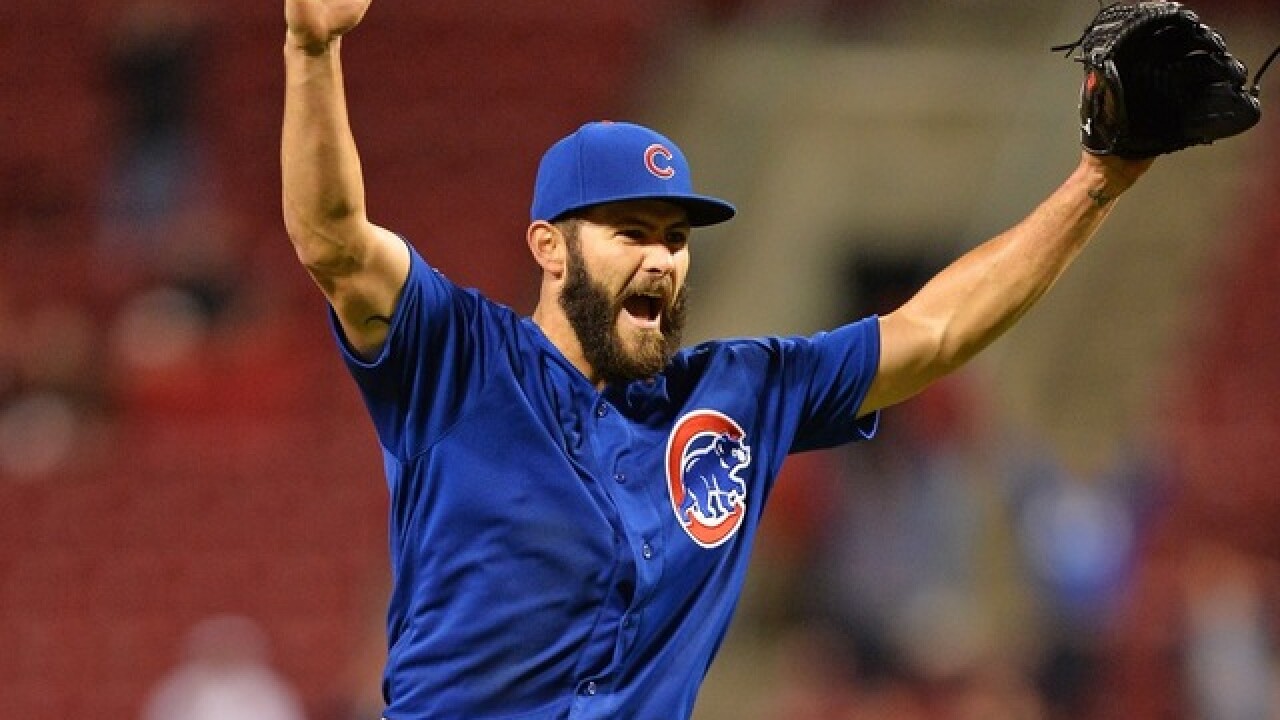 CINCINNATI -- Jake Arrieta did not throw a perfect game against the Reds Thursday night. But it was a perfectly miserable night for the home team.

He walked three, struck out six and needed no Web Gems to pitch his second career no-hitter. His first came last Aug. 30 at Dodger Stadium, beating Los Angeles 2-0. That gem came as Arrieta put together one of the best pitching stretches in club history.

“It just wasn’t a game that anybody’s going to look back on and say that there was any redeeming values or qualities or anything positive that came out for our club. Other than hoping to forget it as soon as possible. Or maybe remember it and use it as a motivator.”

“We got dominated,” Jay Bruce said. “That’s the most lopsided baseball game I’ve ever been a part of. Obviously, the no-hitter and all the runs they scored is talking point. But at the end of the day, it’s a loss. You’ve got to forget about it.

“He was great tonight. We weren’t. Nothing we can do about it now.”

Arrieta, the reigning National League Cy Young winner, has been on an incredible roll. It was his 24th consecutive quality starter, the long streak of QSs since Bob Gibson went 26 starts.

Arrieta was matter-of-fact afterward. He seemed happier that David Ross, the former Red in his final year, caught his first no-hitter.

“To me, that’s why this is so special,” Arrieta said.

He looked beatable early. He walked two in the first four innings and gave up some hard-hit balls.

“I came out with shaky command of all my pitches,” Arrieta said. “I was using them nonetheless. As the game went on, I got a little more comfortable.”

“He was effectively wild early, just wild enough,” Bruce said. “He tightened up as the game went on.”

Arrieta’s pitch count caught the attention of both managers.

“It looked like after five innings, he wouldn’t have the pitches to throw a complete game,” Price said. “He was just over 50-50 balls and strikes. Those last four innings, he was in zone a lot more early. He got a lot more early in the count outs. He got into the ninth with less than 100 pitches. He gave himself a chance to finish the no-hitter.”

Cub manager Joe Maddon was going to let Arrieta go as long as he had a no-hitter, despite the pitch count, but he was concerned.

“He was at 85 pitches after six,” Maddon said. “I was really counting pitches at that point, especially in a lop-sided game. However, you never want to interfere with anyone’s greatness. As manager, you try to stay out of the way.”

He walked Scott Schebler on a 3-2 pitch to start the ninth. Pinch-hitter Tucker Barnhart skied out to shortstop. Zack Cozart hit a line drive to center that hung up long enough for Dexter Fowler to catch. Eugenio Suarez flied to right to end it.

The Reds had not been no-hit in the regular season in 7,109 games — the longest streak in the majors. Rick Wise of the Philadelphia Phillies did it on June 23, 1971.

#Reds have not been no-hit in 7,109 regular-season games. Longest streak in the majors.

The Reds were no-hit Oct. 10, 2010 by Roy Halladay in the National League Division Series in Philadelphia.

The Cubs previously had the longest regular-season streak. Cole Hamels of Phillies ended their streak of 7,920 with a no-hitter Sept. 9 of last year. That was the longest streak of consecutive regular season games without being the victim of a no-hitter for any team in modern big league history.

The Reds had been one-hit 33 times in the regular season since Wise’s no-no... most recently by -- you guessed it -- Arrieta. Brandon Phillips doubled in the seventh inning to break that one up.

The Reds hit some balls hard against Arrieta on Thursday. Kris Bryant made a nice stop and long throw to get Cozart in the third. Anthony Rizzo made a diving stop on a ball Joey Votto hit in the fourth.

But it didn’t take any Web Gems to preserve it and make it a perfectly miserable night for the Reds.

The Cubs have won their last five games in Cincinnati, the first time they've done that since the 1972-73 seasons.

Reds: CF Billy Hamilton was out of the lineup with a sore left thumb, injured when he hit his glove while trying for a catch in St. Louis last weekend. He aggravated it on Wednesday and will be sidelined a couple of days. ... RHP Alfredo Simon is still expected to start on Sunday against the Cubs. He had to miss his last scheduled start because of biceps tendinitis and got an injection of anti-inflammatories.

Reds: Jon Moscot (0-0) makes his second start. He came off the DL on Sunday and received no decision in a 4-3 loss at St. Louis, giving up six hits and three runs in 5 2/3 innings.