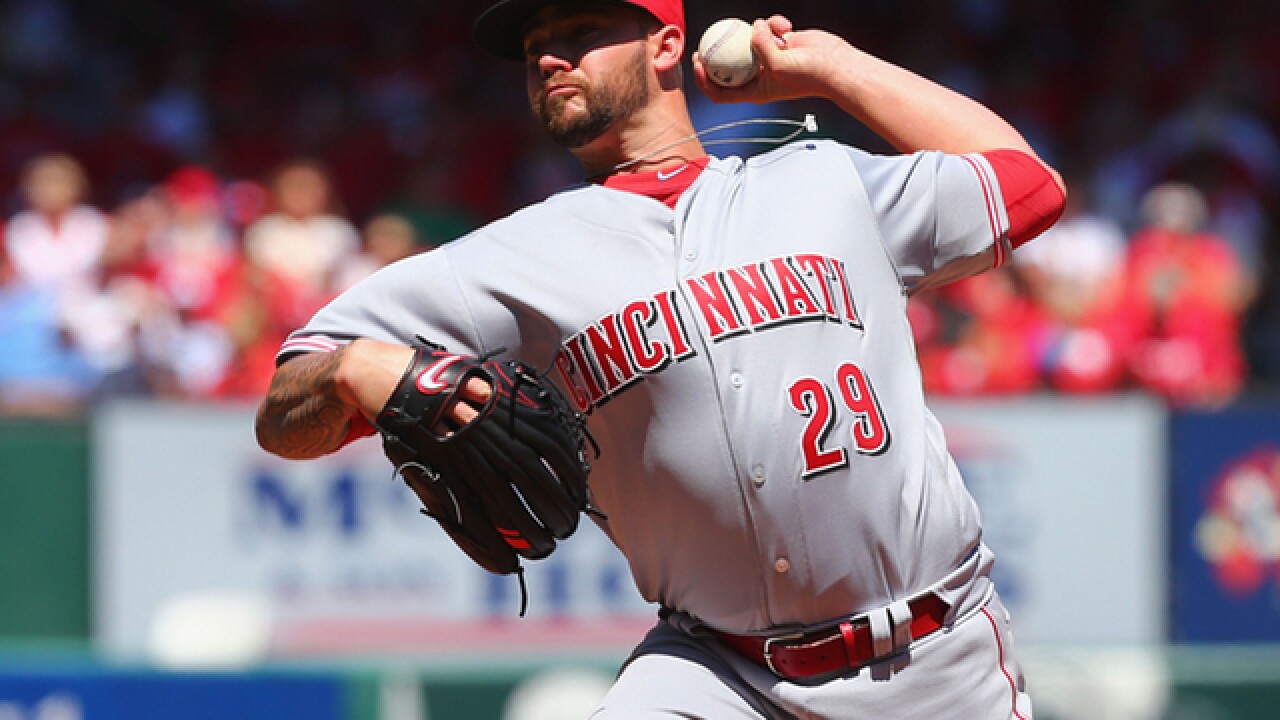 ST. LOUIS (AP) -- Brandon Phillips, Zack Cozart and Jay Bruce had two RBIs apiece for the Cincinnati Reds, who erased an early four-run deficit against St. Louis ace Adam Wainwright in a 9-8 victory over the Cardinals on Saturday.

Stephen Piscotty had four RBIs for St. Louis, and his three-run homer made it 4-0 in the second inning.

J.J. Hoover allowed a two-run homer to Brandon Moss before finishing for his first save.

Wainwright (0-2) retired his first eight before Reds starter Brandon Finnegan (1-0) singled with two outs in the third. The two-time 20-game winner was charged with seven runs in 5 1/3 innings and has struggled mightily with an 8.27 ERA after missing most of 2015 with a torn left Achilles.

The Reds tied it on Phillips' RBI double in the fifth and got RBI doubles from Eugenio Suarez and Phillips in a four-run sixth that made it 8-4. Cozart had three hits and two RBIs, and Bruce hit his third homer off Jonathan Broxton in the ninth to put the Reds up by three.

Cincinnati tied a franchise record with nine doubles, also accomplished May 19, 1999, at Colorado. That total tied for the most at 11-year-old Busch Stadium, with the Cardinals doing it against the Cubs on July 21, 2012.

Finnegan gave up four runs in five innings, none of them earned due to center fielder Scott Schebler's error in the second.

Suarez made a diving catch on Piscotty's liner down the third base line to save two runs in the fourth. Jedd Gyorko made two nice plays at second base, robbing Joey Votto of a hit with the infield in in the fifth and snaring Devin Mesoraco's liner in the ninth.

RHP Jon Moscot is scheduled to come off the 15-day DL from a strained left intercostal muscle Sunday to make his fourth career appearance in the series finale.