Here's why Stephenson is going back to Triple-A 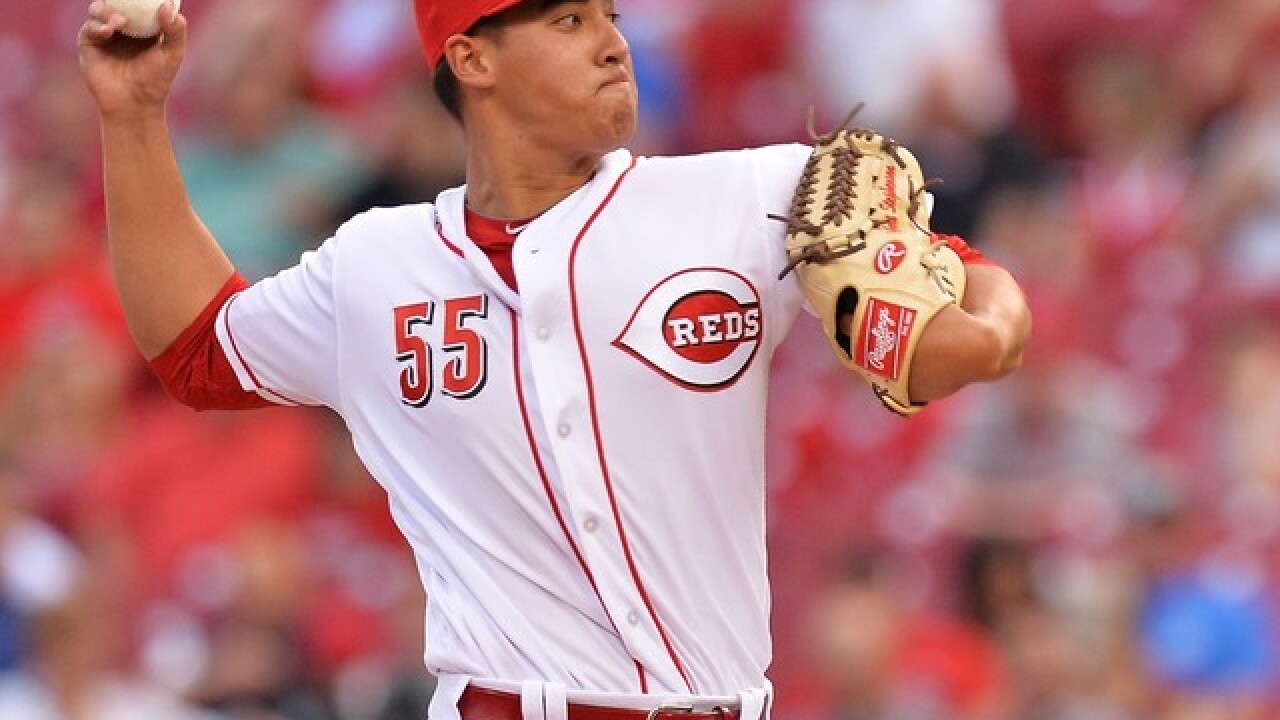 Reds manager Bryan Price said before Tuesday’s game that Robert Stephenson was going back to Louisville. He said the same thing after Stephenson pitched the Reds to a 4-3 victory over the Colorado Rockies.

“He was really good all the way to the last pitch,” Price said.

Stephenson was called up as an emergency replacement for Alfredo Simon. Simon is dealing with biceps tendinitis, but the Reds expect him to be able to make his next start.

“At this point in time —  he’s had two major league starts — they’ve been good,” Price said. “I still feel like there are some things he can improve upon. If the need was here, I’d be happy to have him pitch here.

“However, at this point, the need is not. We think he has a little ways to go in his development.”

Stephenson was dominant over the last five innings Tuesday, allowing only one hit. He walked two, struck out three and became the first Red to pitch seven innings this year. He topped out at 97 and threw sharp curves and crisp changeups.

“He certainly built confidence,” Price said. “That’s a really good offensive club. He was able to control their lineup, which was really heavy with left-handed hitters with some power. He did a really good job.”

Stephenson was OK with getting sent back. The routine was the same as his first start: He pitched well in his previous spot start, a 10-6 win over Philadelphia on April 7 — but got shipped out immediately afterward.

“Whatever they want me to do,” he said. “Every time I come back here, I want to be able to do as well as I can and help the team out.”

With the way things have gone in the bullpen, you could make the argument that keeping around Stephenson, who has one of the best arms in the system, makes sense. That’s especially true if Simon makes that next start. A long man could be needed if a) Simon’s biceps acts up; or b) Simon is ineffective, like he’s been in his last two starts.

But Stephenson took Jumbo Diaz’s roster spot, so the Reds have an immediate need for a reliever — thus Stephenson gets optioned.

But Stephenson isn’t an option to relieve at this point.

“We don’t want to pitch him out of the bullpen,” Price said. “In the big picture, coming into this year, we felt like there were some things Robert had to work on.

“He could be working on them up here. But our thought was he’d be at Triple-A working on those things and push to cut out a spot in our rotation when we need it.”

Stephenson is the team’s No. 1 prospect. He’s 23. You obviously place his future over short-term problems in what figures to be a lost season.

Meanwhile, the Reds will turn elsewhere for bullpen help. Who? It’s hard to say. If the Reds had viable candidates, they’d probably be here by now, given the recent shellackings.

Diaz, the hardest thrower in the ‘pen, has been bad — three home runs in 6-2/3 innings bad.

“He’s a better pitcher than he’s shown in his first eight appearances,” Price said. “We need the guy that we’ve come to expect. ... He needs to be better than he’s been in the past. We can’t use the season to help him find the way.”

Price could have been talking about a lot of guys in the bullpen so far.

The Reds have three starters — Anthony DeSclafani, John Lamb and Homer Bailey — close to return. Pitchers they knock out of the rotation could end up in the bullpen.

“Those will be the big decisions . . . It will challenging. That transition emotionally and physically is tough.”

Simon has been dealing with soreness in his biceps since immediately after his first start of the season. He kept it to himself. He didn’t tell the Reds about it until Monday.

“A lot of pitchers do that,” Price said. “You figure you’re going to get it right in covert fashion without making it a big deal.”

Simon says he could have pitched Tuesday.

“I wanted to pitch,” Simon said. “But the manager made the decision. They don’t want it to get worse, so I got an injection.”

Stephenson was scheduled to pitch in Louisville Tuesday, so it was an easy move to make.

Stephenson made the next move a lot harder by pitching like he did.

The next few moves won’t be so easy.