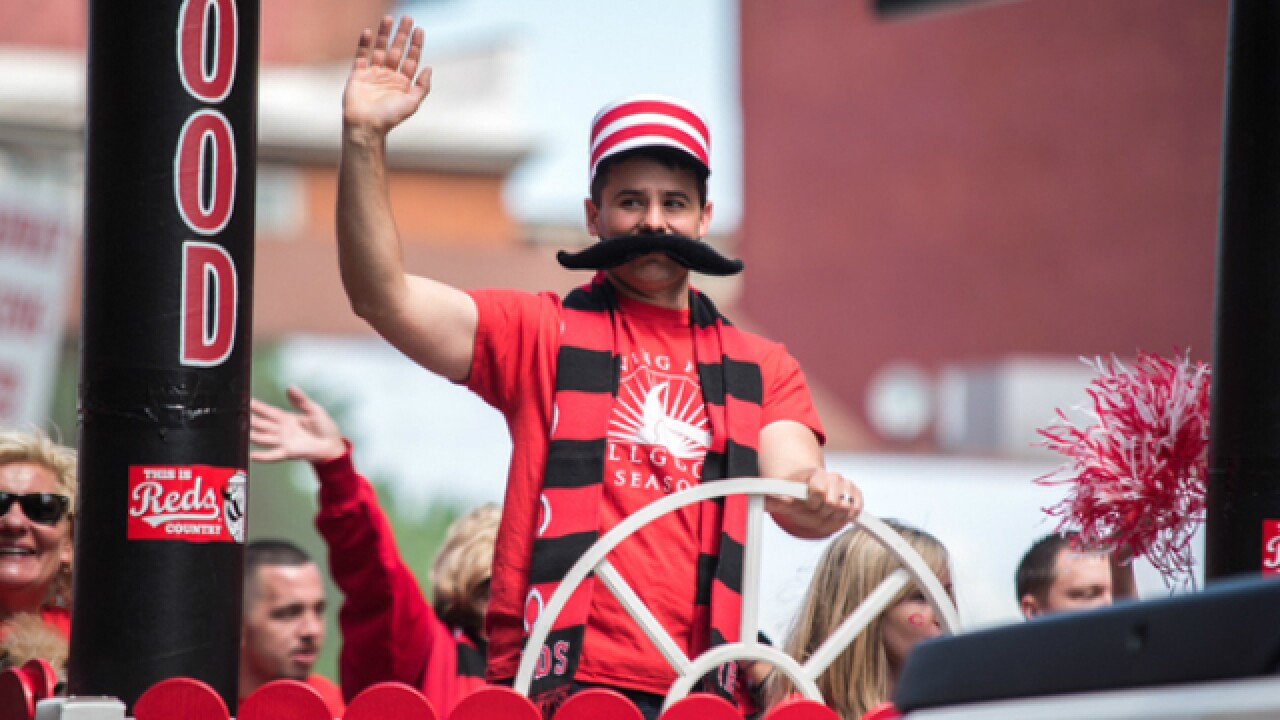 CINCINNATI -- The Queen City continued a tradition unlike any other when fans kicked off the Reds' 2016 season with the 96th annual Opening Day Parade.

The parade began at Findlay Market -- perennially the parade's primary sponsor -- in Over-the-Rhine, heading down Race St. into Downtown and eventually past Fountain Square en route to Great American Ball Park at The Banks.

In case you weren't able to join the thousands that lined the streets for Monday afternoon's parade, we've got you covered: