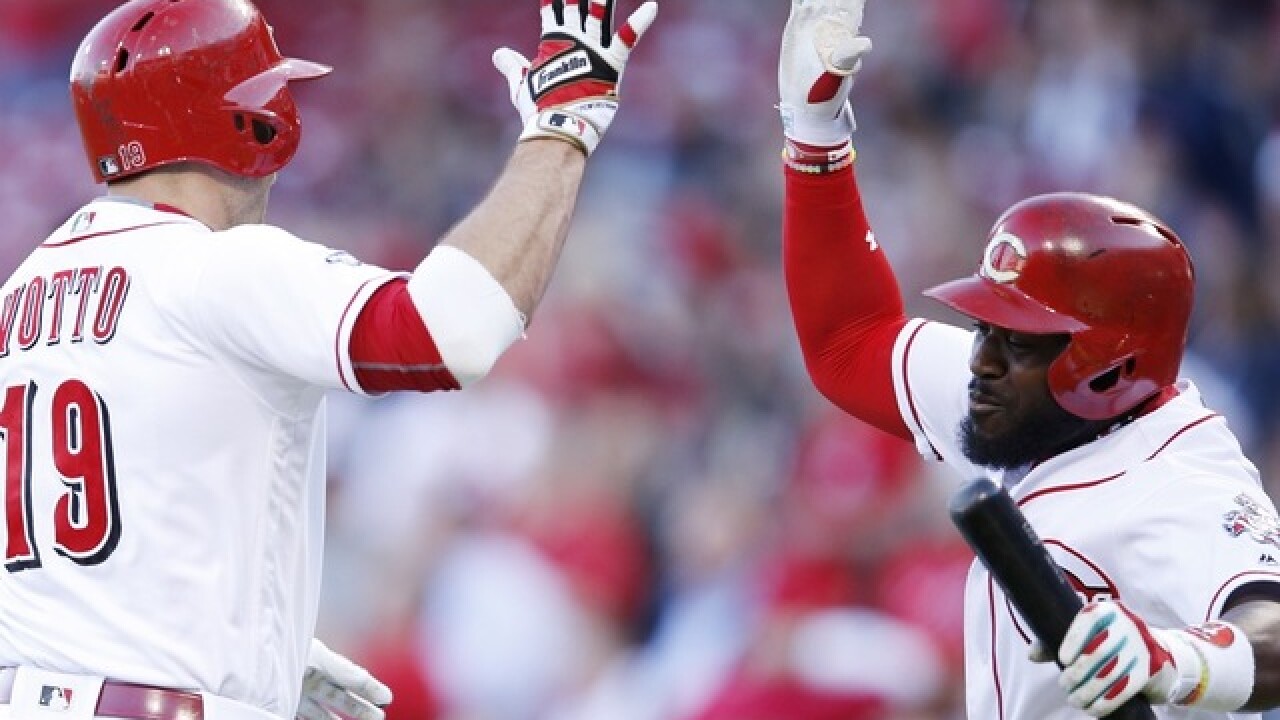 Joe Robbins/Getty Images
<p>CINCINNATI, OH - MAY 06: Brandon Phillips #4 of the Cincinnati Reds congratulates Joey Votto #19 after his solo home run against the Milwaukee Brewers in the first inning of the game at Great American Ball Park on May 6, 2016 in Cincinnati, Ohio.</p> 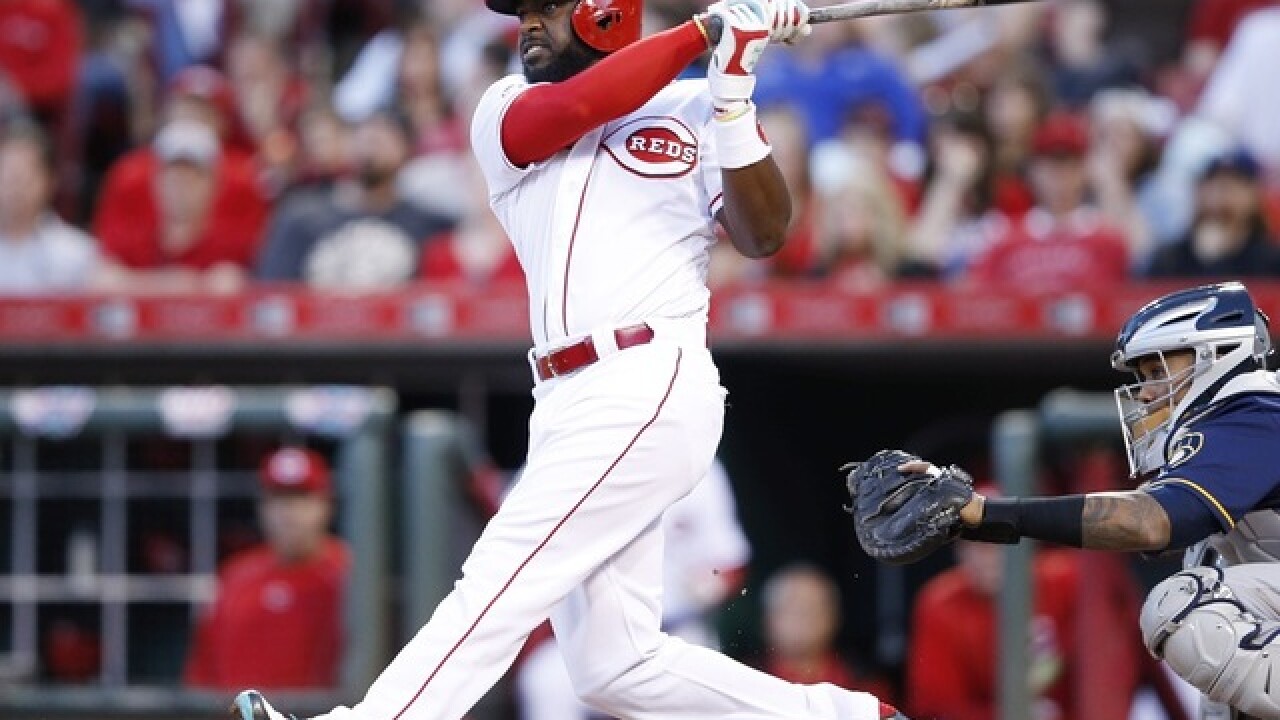 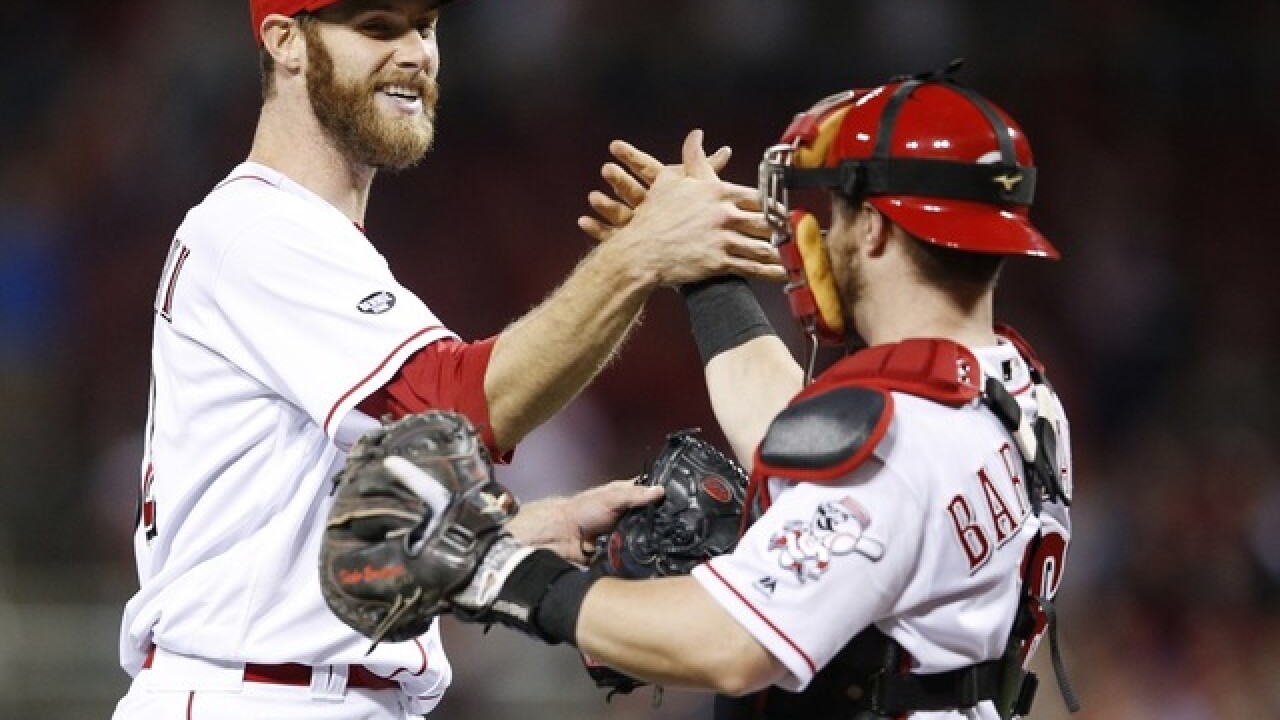 CINCINNATI -- Brandon Phillips homered for the third straight game and the Cincinnati Reds' bullpen finally ended its historic streak of giving up runs, closing out a 5-1 victory over the Milwaukee Brewers on Friday night.

Cincinnati's relievers had allowed at least one run in a major league-record 23 consecutive games. They put together four scoreless innings to end a streak that started on April 11.

The Reds have won three in a row for the first time since sweeping the season-opening series against Philadelphia.

Tim Adleman (1-0) got his first major league victory in his second career start, holding the Brewers to Alex Presley's solo homer in five innings. The 28-year-old pitcher got his chance to finally reach the majors because of the Reds' depleted rotation.

Tony Cingrani got pinch-hitter Hernan Perez to fly out with the bases loaded in the eighth. Cingrani gave up a single by Jonathan Villar to open the ninth, but caught him leaning off first base and threw over to start a rundown.

Phillips' three-run shot in the third off Tyler Cravy (0-1) made it 5-0. It's the second time that Phillips has homered in three straight games -- he also did it in 2012.