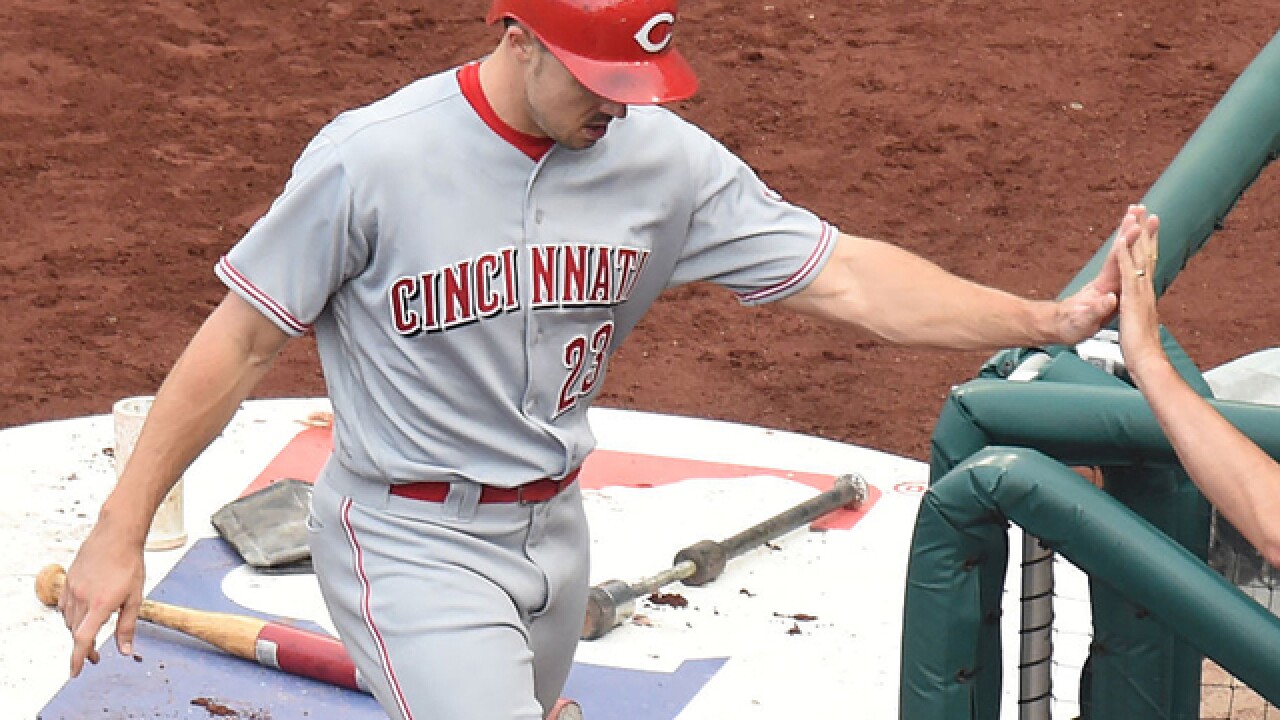 Mitchell Layton
<p>WASHINGTON, DC - JULY 01: Adam Duvall #23 of the Cincinnati Reds is congratulated on scoring on a Tucker Barnhart #16 (not pictured) double in the second inning during a baseball game against the Washington Nationals at Nationals Park on July 1, 2016 in Washington,DC. (Photo by Mitchell Layton/Getty Images)</p>

WASHINGTON (AP) -- Ben Revere doubled in the winning run with two outs in the 14th inning, and the Washington Nationals outlasted the Cincinnati Reds 3-2 on Friday night for their sixth straight victory.

Revere's liner off the wall in right-center off Ross Ohlendorf (5-6) scored Danny Espinosa, who was hit by a pitch to start the inning.

The last-place Reds have lost five straight and nine of 10. They battled for 4 hours, 30 minutes before falling in this one.

Bryce Harper had two singles for Washington, but one of them probably should have been at least a double. Leading off the fourth, the reigning NL MVP hit a liner that appeared headed for the seats but instead struck the top of the wall in center field. Harper admired the drive too long, and was barely past first base by the time the ball was returned to the infield.