Nationals hold on to beat Reds 10-9 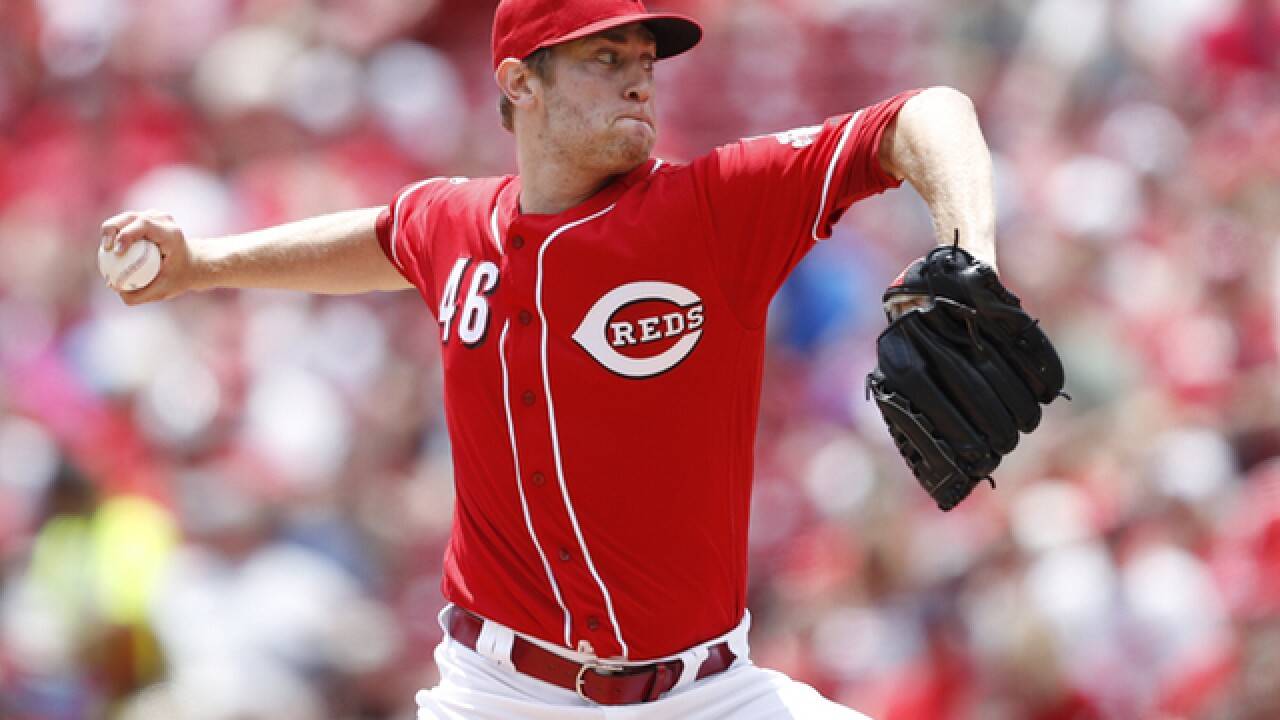 Joe Robbins
<p>CINCINNATI, OH - JUNE 05: Jon Moscot #46 of the Cincinnati Reds pitches against the Washington Nationals in the second inning of the game at Great American Ball Park on June 5, 2016 in Cincinnati, Ohio. (Photo by Joe Robbins/Getty Images)</p>

CINCINNATI (AP) -- Daniel Murphy homered and drove in three runs, and Jonathan Papelbon pitched out of his own major jam in the ninth inning to preserve the Washington Nationals' 10-9 victory over the Cincinnati Reds on Sunday.

Wilson Ramos also went deep for the Nationals, who overcame an early five-run deficit and then nearly squandered a five-run cushion themselves.

Murphy, Ramos and Bryce Harper each had three hits to help Washington salvage the finale of a three-game series, snapping the club's five-game losing streak in Cincinnati over the last two seasons.

Papelbon entered in the ninth to protect a 10-8 lead and immediately got in trouble. Tyler Holt singled, Joey Votto walked and Brandon Phillips hit an RBI double.

Jay Bruce was intentionally walked to load the bases with nobody out, but the Reds were unable to tie the game. Adam Duvall popped up, pinch-hitter Zack Cozart struck out and Papelbon secured his 15th save in 17 tries when Ivan De Jesus Jr. flied out to deep left-center.

Bruce hit a three-run homer in the seventh for the last-place Reds, who had won four in a row.

The teams took turns sending 10 batters to the plate in five-run innings. Cincinnati scored five in the second, three when DeJesus hit a two-run double to left field that was bobbled by Ben Revere as it bounced off the wall, allowing a third run to score.

The Nationals matched their season high for runs allowed in an inning. They also gave up five in the third inning on May 23 against the Mets.

Murphy, the NL player of the month in May, hit a two-run shot and Ramos followed with his homer in Washington's five-run fourth, the Nationals' sixth set of back-to-back homers this season.

Pinch-hitter Stephen Drew had an RBI single and Revere, who was 0 for 17 over the first five games of Washington's road trip, tied the game with a single to right.

The score was tied 5-all in the fifth when the Nationals loaded the bases with nobody out against Daniel Wright (0-2). Anthony Rendon hit a potential double-play ball to third baseman Eugenio Suarez, but catcher Tucker Barnhart couldn't handle Suarez's throw, allowing two runs to score on Barnhart's error.

Clint Robinson's sacrifice fly made it 8-5. Murphy and Ramos added RBI singles in the sixth.

RHP JC Ramirez exited two outs into the sixth inning with a bruised right quadriceps after being struck by Ramos' single.

After getting Monday off, the Reds start a three-game home series against St. Louis, with LHP John Lamb (1-3) seeking his second straight win.