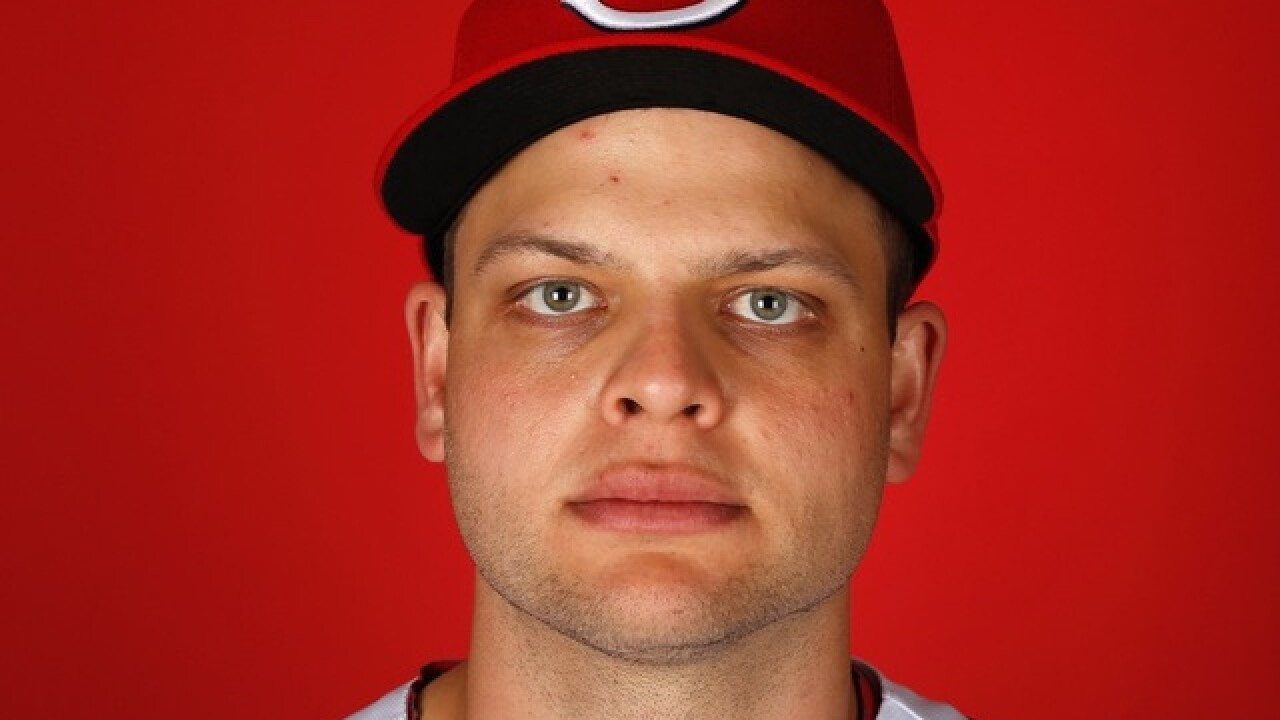 CINCINNATI — When Devin Mesoraco headed to Beacon Orthopedic for his MRI Monday, he thought he might still be in the lineup that night.

He wasn’t, of course. The MRI revealed a torn labrum in his left shoulder. Mesoraco is still determining what course of action to take for treatment.

“We’re still talking,” he said. “We’ll come to a collective decision with myself, my agents, the Reds and doc.”

“It’s not something that will linger into the summer,” Price said.

Mesoraco missed nearly all of last year with hip impingement that led to surgery. That decision did linger into the summer.

He’s not sure how the shoulder injury occurred. He first felt it on a swing in batting practice.

“This wasn’t what I expected,” he said. “My shoulder was barking a little bit. But it is what it is. I can’t change it or change what happened last year.”

“It feels like a bad dream to be honest,” he said.

That could be said of the Reds season in general when it comes to injuries. Right-hander Jon Moscot was scratched from his start Tuesday with pain in his left shoulder — the one that was surgically repaired last year.

Left-hander John Lamb, off the DL after offseason back surgery, will start instead and remain in the rotation. The Reds are hopeful Moscot can help in the bullpen shortly.

Zack Cozart was out of the lineup again Tuesday. Price is giving Cozart an extra day to deal with tendonitis in his surgically repaired right knee. The plan is for Cozart to start Wednesday.

“I made the decision to give him an extra day.” Price said. “He’ll be available if we need him (Tuesday), but he’ll be better for it (Wednesday).”