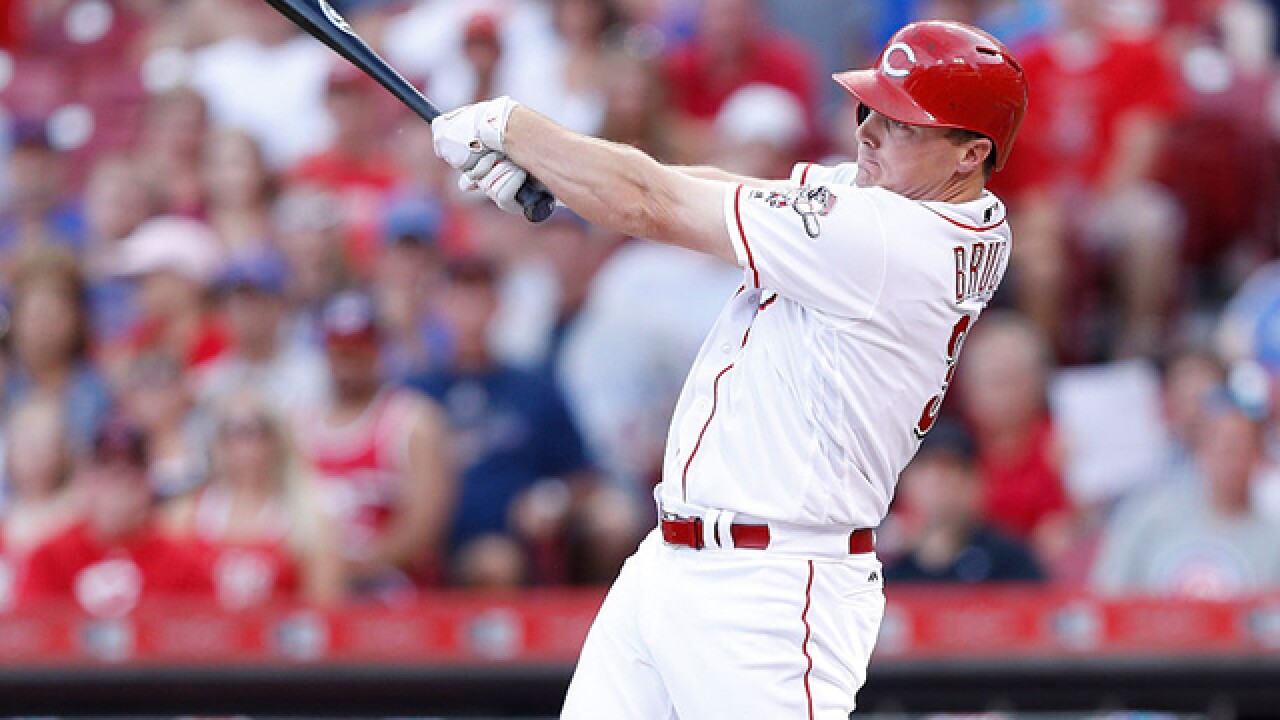 Joe Robbins
<p>CINCINNATI, OH - JUNE 27: Jay Bruce #32 of the Cincinnati Reds singles to center to drive in a run against the Chicago Cubs in the third inning at Great American Ball Park on June 27, 2016 in Cincinnati, Ohio. (Photo by Joe Robbins/Getty Images)</p>

CINCINNATI (AP) -- Kris Bryant became the first major leaguer to hit three homers and two doubles in a game, and Jake Arrieta added a solo shot in the ballpark where he threw a no-hitter in April, leading the Chicago Cubs to an 11-8 victory over the Cincinnati Reds on Monday night.

The Cubs pulled out of their 1-6 slide behind a tandem that's had some historic moments in Cincinnati.

Arrieta (12-2) threw his second career no-hitter on April 21 during a 16-0 win over the Reds. Bryant led the way with a pair of homers in that game, including a grand slam that gave him a career-high six RBIs.

Arrieta struggled in his return to Cincinnati, giving up a season-high five runs in five innings, but Bryant drove in six runs again to help the right-hander pull through. Bryant's 16 total bases were a Cubs record, and his five hits marked a career high.