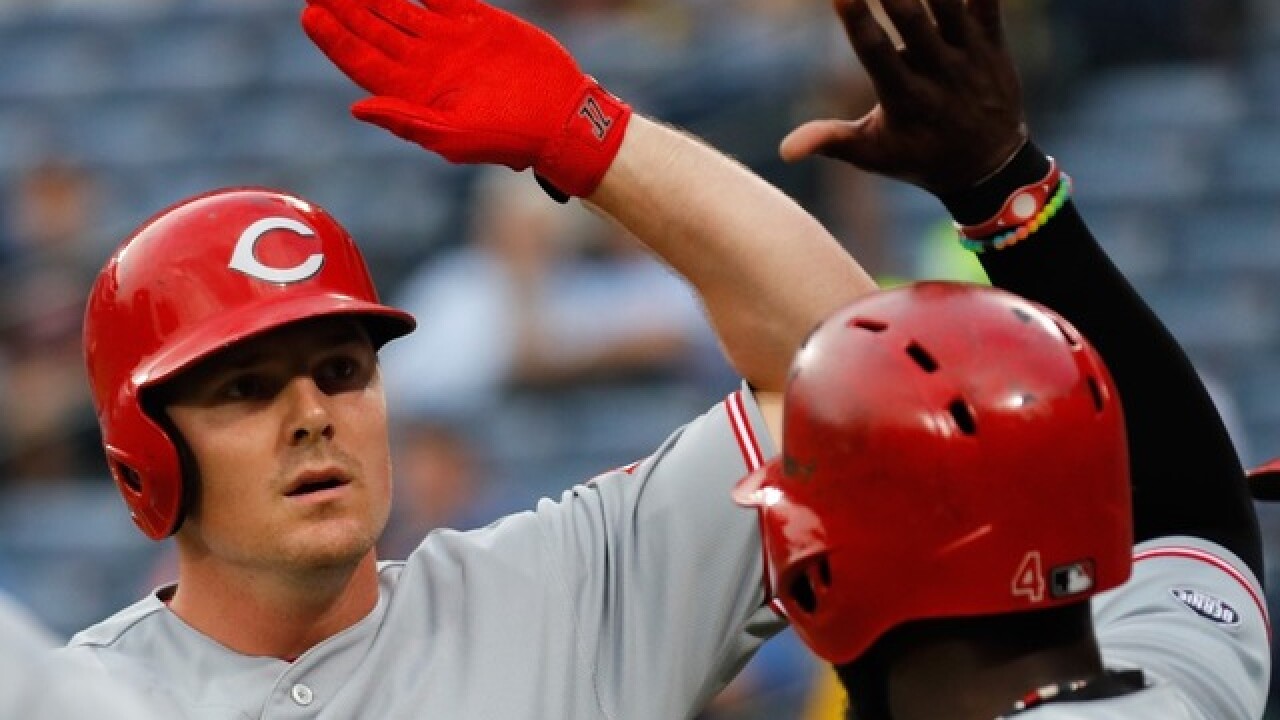 Kevin C. Cox | Getty Images
<p>ATLANTA, GA - JUNE 14: Jay Bruce #32 of the Cincinnati Reds celebrates with Brandon Phillips #4 after hitting a three-run homer in the first inning against the Atlanta Braves at Turner Field on June 14, 2016 in Atlanta, Georgia.</p>

CINCINNATI -- Cincinnati Reds outfielder Jay Bruce has been selected for the All-Star Game roster as an injury replacement.

Congratulations to Jay Bruce on being named as an injury replacement for the National League All-Stars! #Reds #ASG pic.twitter.com/yXxPsnNckq

Earlier this week, before Collins made his announcement, the Fifth Mascot crew wondered why Bruce got snubbed. Watch below: