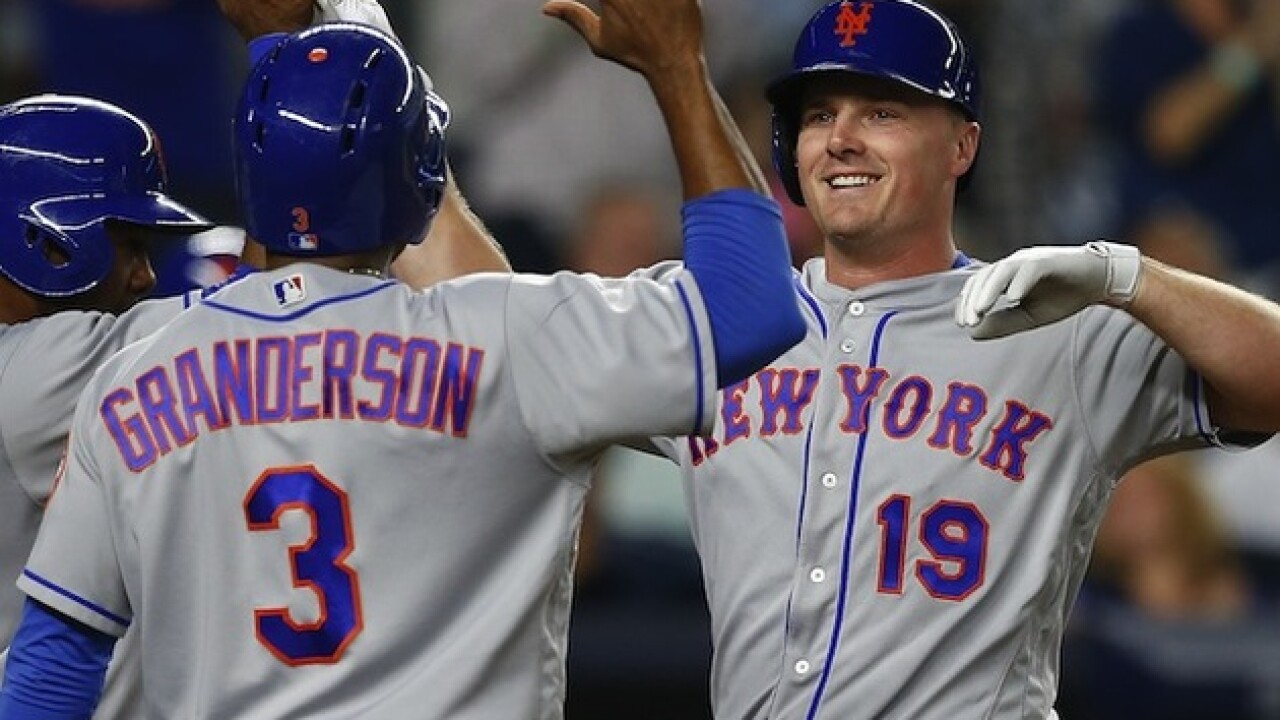 Copyright Getty Images
Rich Schultz | Getty Images
<p>Jay Bruce of the New York Mets is congratulated by Alejandro De Aza and Curtis Granderson after he hit a three-run home run against the New York Yankees during the fifth inning at Yankee Stadium on Aug. 4, 2016. </p>

Bruce launched a three-run homer for his first hit since being traded and the New York Mets beat the Yankees 4-1 Thursday night for a split of the Subway Series.

"I told some guys it felt like my first major league homer running around the bases," Bruce said.

Bruce had been 0 for 10 since being acquired from Cincinnati on Monday before his drive into the Yankees' bullpen in right-center field made it 4-0 in the fifth inning.

Bruce's 26th homer gave him the NL RBIs lead with 83  and ended an 0-for-19 rut overall.  He cracked a smile on the way back to the dugout, where pitcher Bartolo Colon and his new teammates greeted him with hearty high-fives.

"That's what he can do," Mets manager Terry Collins said. "I think it's big for everybody."

"Every non-out relaxes me a little bit," Bruce said. "I make plenty of outs."

The Mets scored all their runs in the fifth inning. Kelly Johnson lined the first pitch from Nathan Eovaldi over the right-field wall. Curtis Granderson doubled with one out, and Eovaldi made a late throw trying to catch him on a comebacker by Alejandro De Aza. With two outs, Bruce homered.