Hoover is out of the closer's job for now 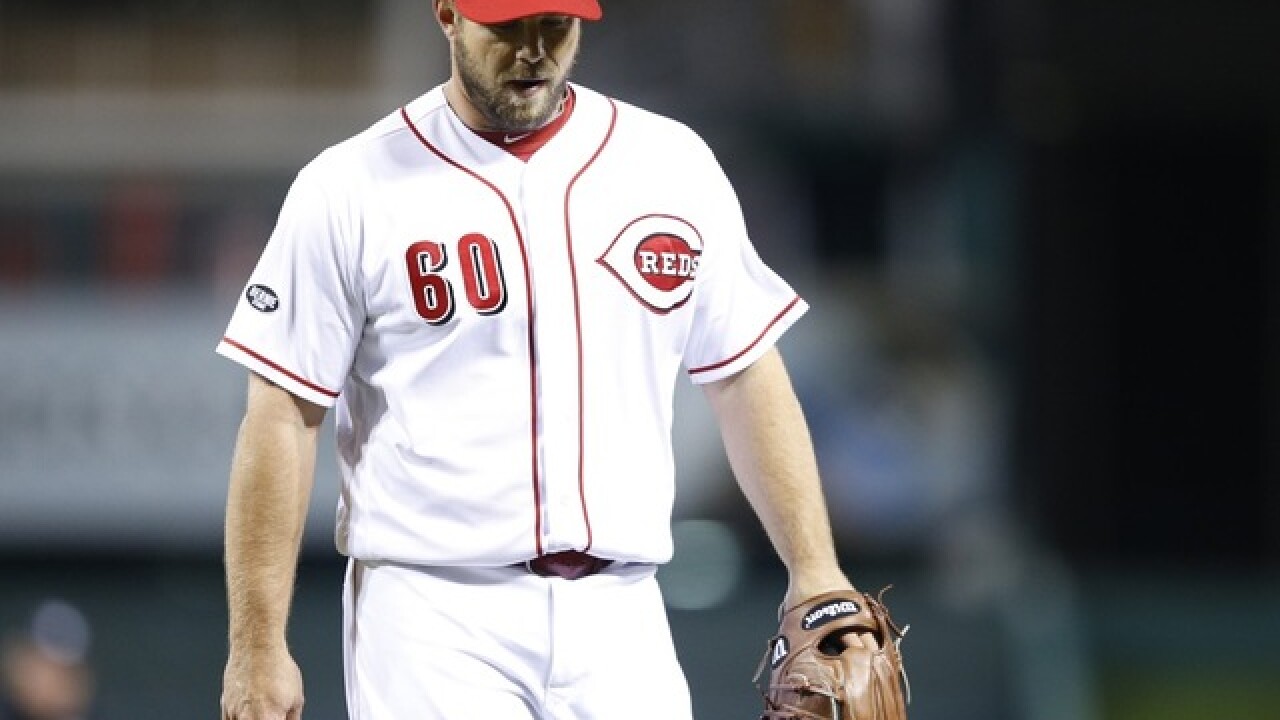 Joe Robbins/Getty Images
<p>CINCINNATI, OHIO - APRIL 8, 2016: J.J. Hoover #60 of the Cincinnati Reds walks off the field after giving up a go ahead grand slam to Starling Marte of the Pittsburgh Pirates in the eighth inning of the game at Great American Ball Park on April 8, 2016 in Cincinnati, Ohio. The Pirates defeated the Reds 6-5.</p>

CINCINNATI -- After further thought, J.J. Hoover is out of the closer’s job for now.

Reds manager Bryan Price said before Wednesday’s game that he wanted some more time to decide what to do with Hoover. After the game, he said the Reds will go with closer-by-committee for now.

Hoover gave up a two-run home run and nearly blew the Reds’ 4-3 win over the Colorado Rockies. He did not pitch Wednesday in 6-5 win over Colorado.

“I want him to be the closer. I want to define that role so there’s some clarity on how I use Tony Cingrani. If I move Cingrani into that (closer) role, I have no situational pitching.”

Hoover, the 28-year-old right-hander, has struggled mightily so far. He has a 15.18 ERA and has allowed three home runs in the 5-2/3 innings.

How does he get back there?

“Pitch quality in and out of the strike zone,” Price said. “If you look at the numbers, he’s given up a lot of hits — three homers and four walks. Pitch efficiency and command haven’t been great. He has a track record of being really good.

“He does need to get back on the beam as far as commanding in the zone and staying ahead in the count.

“We just need to get him rolling. That’s the challenge.”

Two candidates to close — Blake Wood and Cingrani — combined for a three-run, three-walk, eighth inning and blow save Wednesday.

Caleb Cotham would be another choice. Cotham, a 28-year-old right-hander, was obtained in the Aroldis Chapman deal with the New York Yankees.