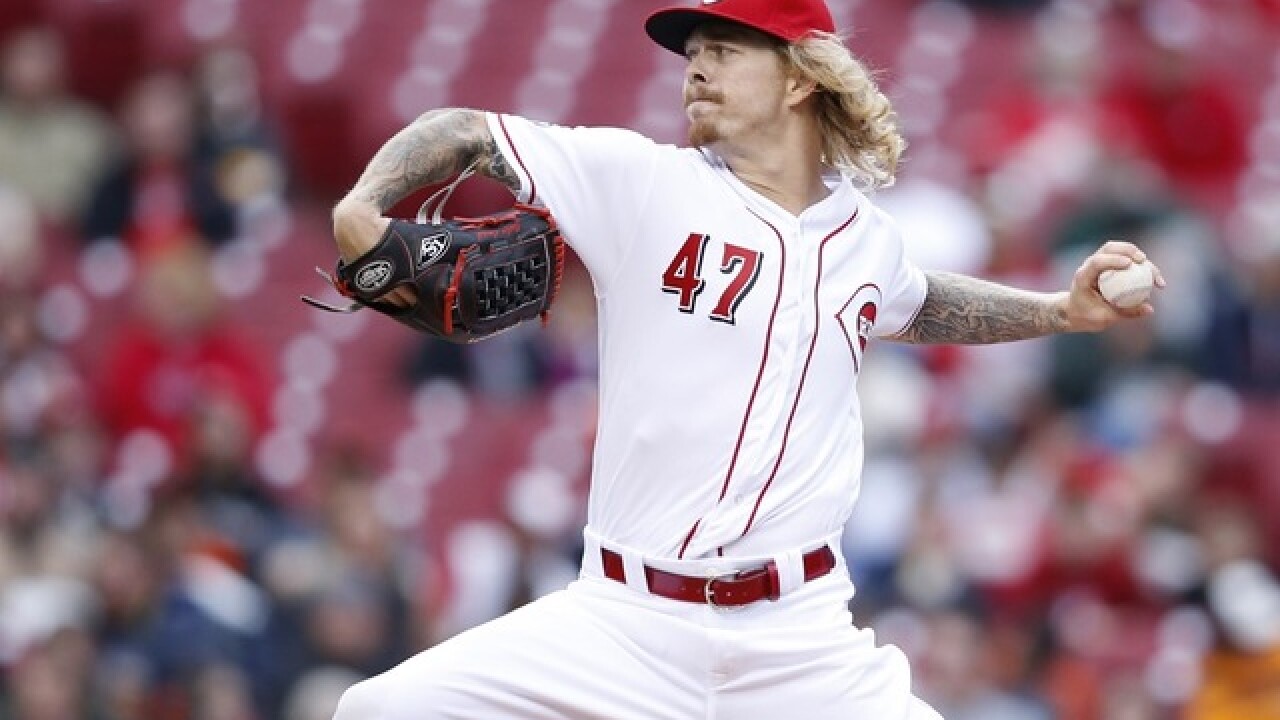 Joe Robbins/Getty Images
<p>CINCINNATI, OH - MAY 03: John Lamb #47 of the Cincinnati Reds pitches against the San Francisco Giants in the first inning of the game at Great American Ball Park on May 3, 2016 in Cincinnati, Ohio.</p>

CINCINNATI -- Jeff Samardzija went eight innings to win his third straight start -- a career first -- and the San Francisco Giants rallied for two runs in the eighth inning against the Reds' historically bad bullpen for a 3-1 victory Tuesday night.

Cincinnati's bullpen gave up at least one run for the 21st consecutive game, surpassing the 2013 Colorado Rockies for the major league record, according to information provided by the Reds from the Elias Sports Bureau.

FAY: How long will Castellini tolerate this bullpen?

With the game tied 1-1, Kelby Tomlinson drove in the go-ahead run with an infield single off Caleb Cotham (0-1). Gregor Blanco followed with another run-scoring single, putting the Giants in position for their fifth straight win at Great American Ball Park.

Samardzija (4-1) had been 0-5 in his last nine starts against the Reds, but limited them to three hits -- including Adam Duvall's homer -- to end the slump.