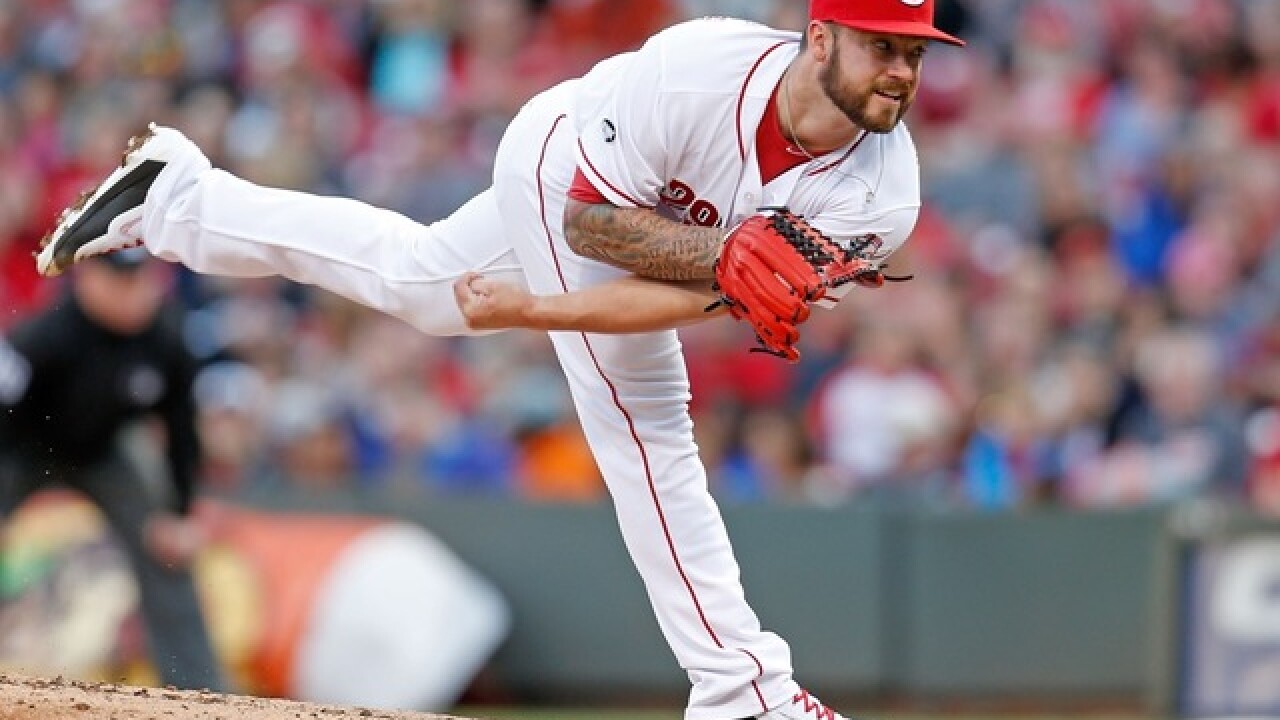 Kirk Irwin/Getty Images
<p>CINCINNATI, OH - MAY 18: Brandon Finnegan #29 of the Cincinnati Reds throws a pitch during the third inning of the game against the Cleveland Indians at Great American Ball Park on May 18, 2016 in Cincinnati, Ohio.</p>

Another bullpen failure. Another disheartening loss.

Reds manager Bryan Price promised better things are to come after the Reds’ 8-7 loss to the Cleveland Indians Wednesday.

Price would have a hard time convincing many people outside the clubhouse that it will get better, because through the 40 games, the one thing that hasn’t changed is the awfulness of the bullpen.

Wednesday proved that shuffling the relievers doesn’t solve the problem. The Reds brought back Jumbo Diaz and Keyvius Sampson from Triple-A Louisville earlier in the day. Both gave up runs in their return.

Sampson gave up the game-winner in the 12th — a home run to Francisco Lindor. It was the 28th home run the bullpen has allowed in the seventh inning or later. The 27th happened in the ninth, when co-closer Tony Cingrani gave up a two-run, game-winning shot to Rajai Davis. Davis has looked like a Hall of Famer against Reds pitching over the last three games, by the way. He was hitting .211 before the Battle of Ohio.

After getting their brains beat out in the Cleveland on Monday and Tuesday, the Reds showed some heart Wednesday. They came back from 4-1 down to lead 6-5, then 7-5.

Enter the bullpen, say goodbye to the lead.

It was the Reds’ ninth blown save in 13 chances. Closer Aroldis Chapman blew three saves in all of last year.

So on a night when Jay Bruce hit two home runs and Eugenio Suarez hit a three-run shot, the offense wasn’t enough.

“We’re chasing wins right now,”  Price said. “We talk about rebuilding and wanting to do X, Y and Z. We want to win the games we should win. Period. If we did, we’re capable of being the Pittsburgh and St. Louis if we put some games away. That’s what we need to do.

“It’s maddening because as much as everyone went into the season thinking we were going to stink, I don’t think we stink. I think we’re a better team that we’re seeing. It’s hard to watch when we let games get away.”