Fay: Season can't be saved, but all is not lost for this year's Reds 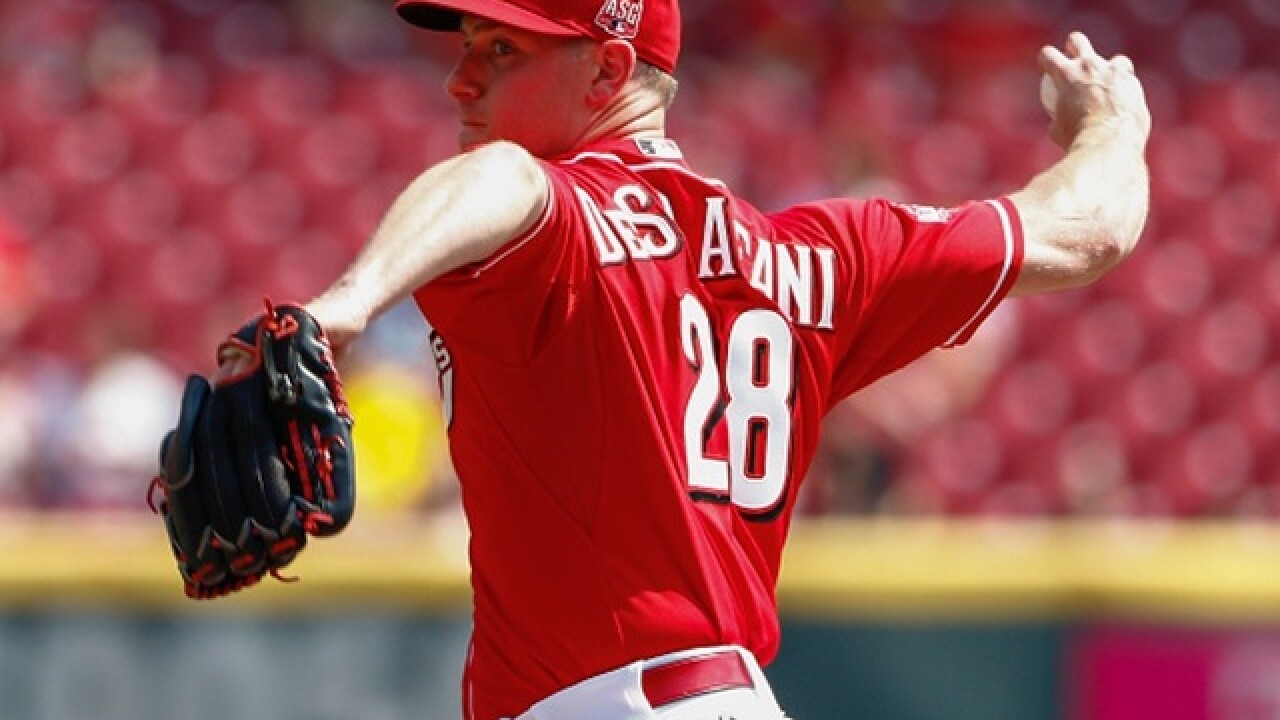 CINCINNATI — After the Reds were swept in Miami in the final three games before the All-Start Break, it was pretty easy to reach the following conclusion:

But, to paraphrase the old Monty Python sketch, they’re not dead yet.

The Reds wrapped up their series against the Atlanta Braves with a 6-3, come-from-behind victory Wednesday at Great American Ball Park. The Reds are 4-2 since the break and have won both series.

The season, of course, is unsalvageable. Even after the recent surge, the Reds are still on pace to lose 101 games. The Wild Card and the National League Central are firmly out of reach.

But I think it’s important that the Reds play well over the last 10 weeks of the season. They’ve got a lot of young players on the roster. You want to get them into the habit of winning and playing good baseball.

The Reds didn’t do that in Miami. They did it against the Braves and the Milwaukee Brewers since the break. A lot of that may have to do with the competition. We’ll see going forward.

But the thing you can’t understate is how much the return of Anthony DeSclafani has meant to the team. He went eight innings and allowed two runs on eight hits Wednesday. He walked none and struck out three.

He is 5-0 with 2.50 ERA in nine starts since coming off the disabled list. Having him anchor the rotation will go a long way.

“He’s coming off a significant oblique injury,” Price said. “It’s not that easy to fall back into a major league rotation and pitch so competitively right off the bat. He’s done that. It’s been a very calming influence to our rotation.”

DeSclafani sets a good example for the rest of the rotation. He’s not overpowering. He didn’t even have his best stuff Wednesday and threw eight innings of two-run ball. He trusts enough to attack hitters. He hasn’t walked anyone in 21 innings. Not coincidently, he’s made six straight quality starts.

“He throws a lot of strikes and gives us a chance to win,” Tucker Barnhart said. “Quality start after quality start. That’s all you can ask for. He comes right after guys. I looked up at one point and he had 65 or 70 strikes to 20 or 25 balls, which is outrageous. He commands the strike zone with all four of his pitches. It’s somewhat overwhelming for hitters when you don’t get a chance to breathe.”

DeSclafani is not doing it all by himself.

The Reds trailed 2-0 going into the sixth. But Jose Peraza’s two-run single and Barnhart’s two-run homer turned the game around. It’s only six games, but the Reds are suddenly looking like a solid team.

“I think so much of it is that combination,” Price said. “Good pitching, improved defense and timely hitting. Today we had some great base-running, too.”

Price was talking about Eugenio Suarez advancing to second on Brandon Phillips’ fly out. That set up the two-run single by Peraza.

“So much of that was based on Geno tagging up,” Price said. “A lot of good things happened in the first six games of the second half.”

It’s given folks hope in the clubhouse, something in short supply in the first half.

“Hopefully, it’s something we’ll see trend into the second half,” Price said.

“Any time you win, it’s obvious to say, but it’s a heck of a lot better than losing,” Barnhart said. “The clubhouse has been great all year. It’s going to get even better if we can continue to put some good games together like we did this series and the prior series.”

Will it save the season? No. But it will give the Reds some hope for the future.