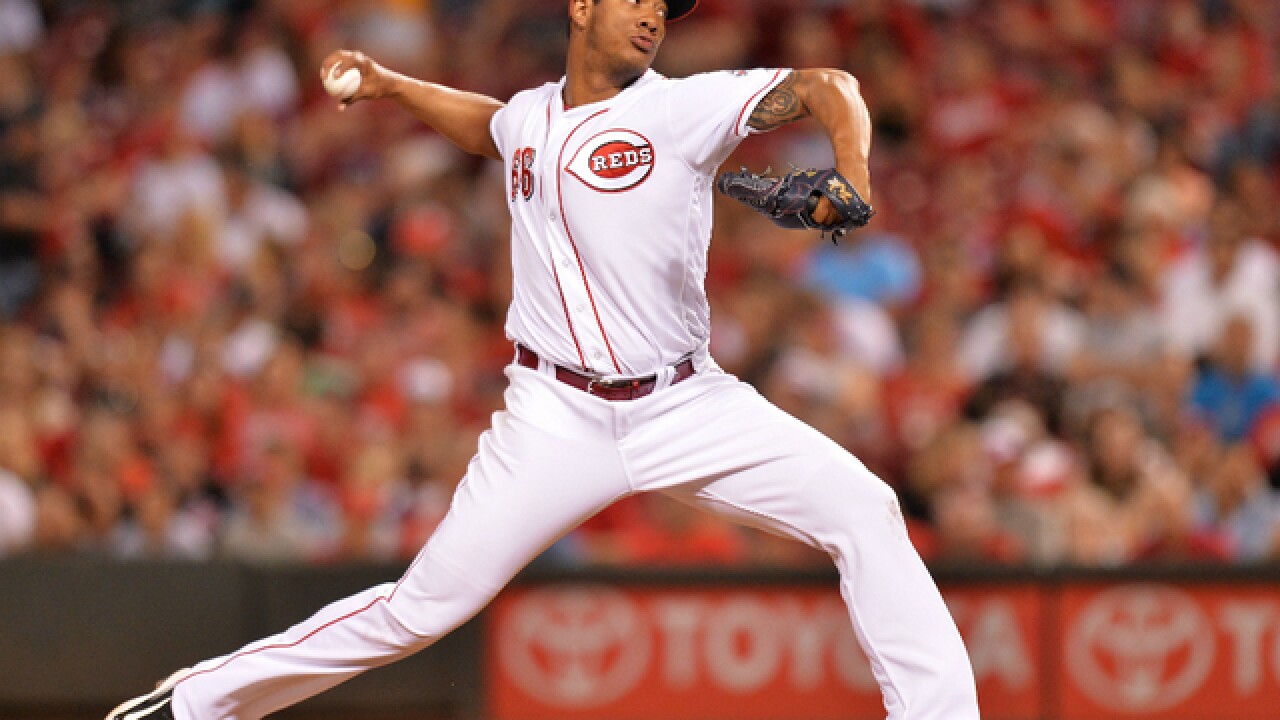 CINCINNATI — This was going to be a column wondering if the Reds had really turned it around.

It was predicated on the Reds winning Wednesday night. I should have looked at the probable pitchers before I came up with that idea.

The Reds ran out Alfredo Simon Wednesday. And for the ninth time in his 12 appearances, the Reds lost. This time, it was to the St. Louis Cardinals, 12-7. Simon went five innings and allowed six runs on six hits. He walked five as well.

Simon’s ERA sits at 9.11. No other pitcher in big leagues who made that many starts has an ERA over 6.79.

The Reds came into the game on a roll. They had won five of six and seven of 10. A win against the Cardinals would have clinched a third straight series win.

The way Reds are hitting a halfway good start would put them in a position to win. They’ve hit 25 home runs and scored 78 runs over their last 11 games.

The offense came back from being down 3-0 before the Reds batted to tie it at 4. But Simon promptly gave up a two-run homer. His early departure gave the bullpen four innings to cover. That’s pretty much the formula for a blowout this year.

Simon has averaged 4 2/3 inning per start.

While he was getting lit up in Cincinnati, No. 2 prospect Cody Reed was pitching Triple-A Louisville to a 5-3 win. Seven innings, three runs. He’s 5-3 with a 3.38 ERA.

“We’ve certainly given Reed and Stephenson some opportunities and seasoning,” Price said. “We’re trying to find a mix that will give us some consistency. Adding (Anthony) DeSclafani is going to make us better in the rotation.

“To really hit on all cylinders, we’ve got to get good starts out of the entire five. Maybe an influx of some of our young starters will help with that.”

There’s a chance Reed and Stephenson will struggle with extended exposure in the majors. But I’d bet dollars to donuts that neither has a 9.11 ERA when the season ends.

Simon’s 35. He is not part of the plan for next year. I’ve been writing for months that the Reds should put him the bullpen to get a look at some of young starters.

“The reason Freddie’s had so much rope is he was with us for three years and had terrific numbers and always wanted to pitch,” Price said. “He just hasn’t gotten on to a roll and it’s been a battle for him really since the inception of the season. It’s been a real battle for him to get locked in and make pitches.”

Now, there’s another reason to make the move with Simon: With the way the Reds are hitting, they could get on a real roll. The fact that DeSclafani is ready to join the rotation are Raisel Iglesias and Michael Lorenzen are close to joining the bullpen will help greatly, too.

The Reds aren’t going to catch the Cubs. Or the Pirates. Or the Cardinals.

But playing good baseball and winning games on a regular basis would do the young players good.