Fay: Another season over early for Mesoraco? 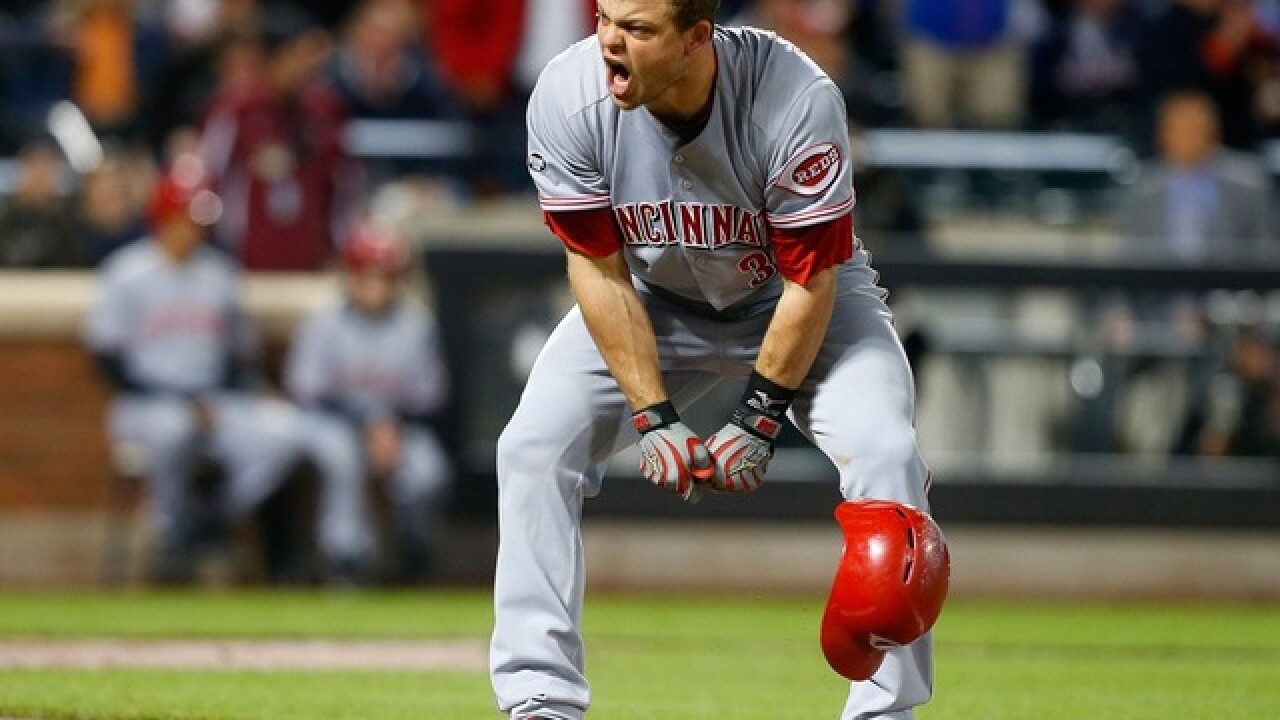 Jim McIsaac/Getty Images
<p>NEW YORK, NY - APRIL 27: Devin Mesoraco #39 of the Cincinnati Reds reacts after lining out to end the third inning with the bases loaded against the New York Mets at Citi Field on April 27, 2016 in the Flushing neighborhood of the Queens borough of New York City.</p>

CINCINNATI — Devin Mesoraco had the breakthrough year in 2014. He made the All-Star Game. He put up the best numbers by a Reds catcher since Johnny Bench.

He was awarded with a four-year deal in the offseason.

“It sucks,” Mesoraco said. “It’s not the way I drew it up. It’s not the way the Reds drew it up I’m sure. It’s just — you know it’s frustrating. I worked so hard in the offseason to get to the point where I could play and then it started barking. Very similar to last year — within the first week of the season.

“It’s just hard to believe. Work as hard as you do to finally get out on the field and then get out there and this happened. It sucks.”

“It’s tough,” Reds manager Bryan Price. “To work so hard to be back on the field and have a setback that had nothing to do with the previous injury — we have no idea when the shoulder issue originated — we do know that’s it’s injured and will require surgery.

“When he’ll come back is unknown.”

Mesoraco will have the surgery Tuesday. The usual recovery in four months. The season is down to a little more than 4 1/2 months. Mesoraco made the decision to have the surgery four days after going on the disabled list.

“Everything the doctor said,” he said. “I have a complete posterior tear of my labrum. Basically, my shoulder’s not going to heal. It’s going to be difficult to take swings, painful. It made the most sense. Everyone who was involved in the decision agreed with this direction.”

Mesoraco had his MRI sent to another doctor for a second opinion.

Mesoraco tried to play through the hip impingement last year. He didn’t catch after the first week but he made 18 more appearances as pinch-hitter or a designated hitter before finally opting for surgery on June 29.

This decision was easier.

“I don’t think we were ever considering 100 percent that I was going to try tho rehab. It was more: ‘This is what you’ve got. Your best course of action is surgery.’ You could play through it, but that was never given a ton of consideration.”