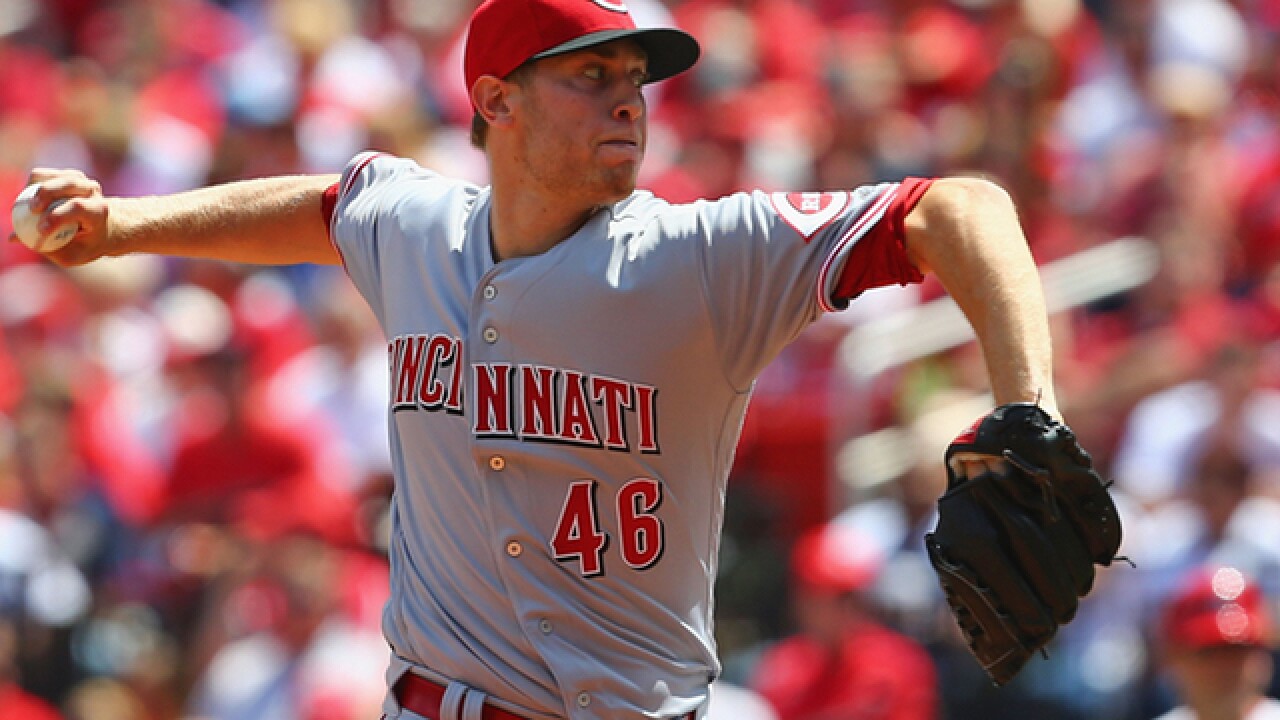 ST. LOUIS (AP) -- Eric Fryer had three hits, including the go-ahead double with two outs in the eighth inning that led the St. Louis Cardinals over the Cincinnati Reds 4-3 Sunday.

A backup to All-Star catcher Yadier Molina, Fryer got his first start this season and is 6 for 6 at the plate.

Matt Carpenter and Jedd Gyorko hit solo homers for St. Louis, which has won three of last four. Ten of the Cardinals' 21 homers this season were hit in the three-game series against the Reds, who have lost five of six.

Kevin Siegrist (2-0) entered with a runner at second and two outs in the seventh, struck out Zack Cozart and pitched a 1-2-3 eighth, fanning two more. Trevor Rosenthal struck out his last two batters in a perfect ninth for his third save in as many chances.

Cincinnati's Jon Maso gave up three runs and six hits in 5 2-3 innings in his first start this season. He had been on the disabled list due to a strained left intercostal muscle.

With the score 3-all, Ross Ohlendorf (2-1) walked pinch-hitter Aledmys Diaz leading off, and Diaz scored on Fryer's double.

LHP John Lamb gave up three runs and six hits over three innings of Triple-A Louisville's 8-6 loss to Toledo on Saturday. Lamb underwent surgery on Dec. 7 to repair a herniated disk in his back.

Reds: RHP Alfredo Simon (0-1) is to open a a seven-game homestand and three-game series against Colorado on Monday.