Cincy's got Baker thinking of an old girlfriend 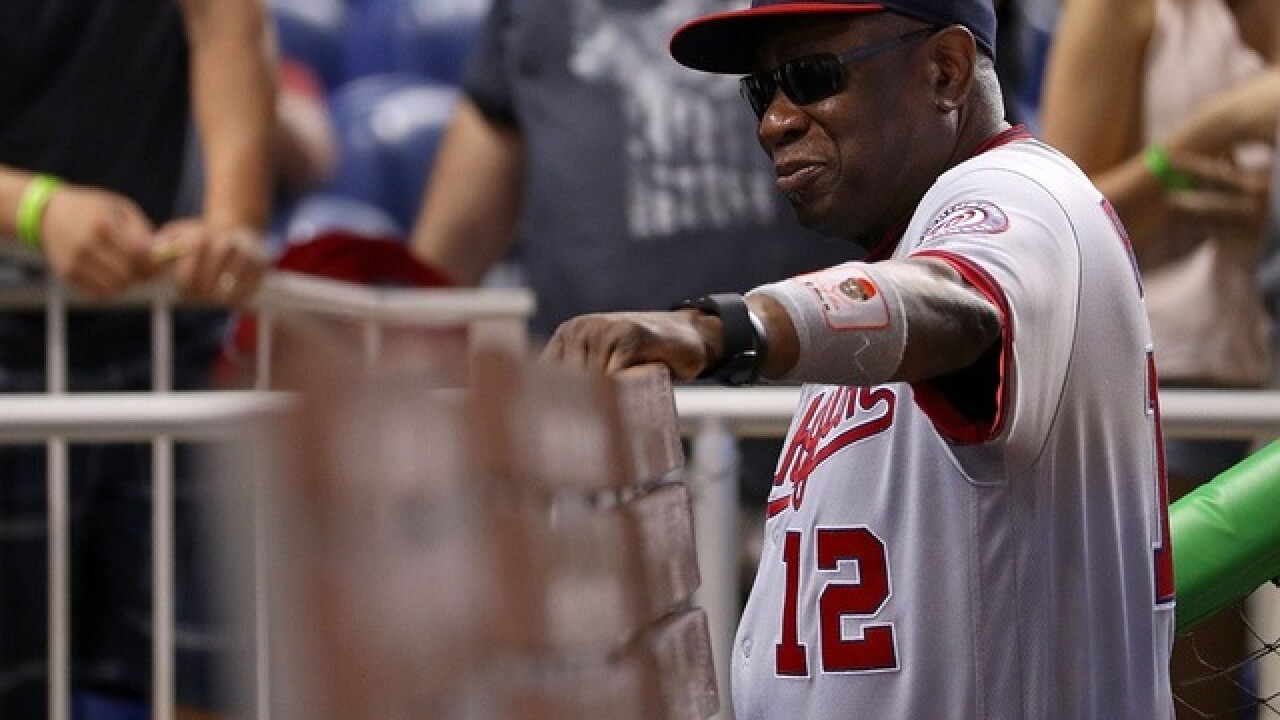 Mike Ehrmann/Getty Images
<p>MIAMI, FL - MAY 22: Manager Dusty Baker #12 of the Washington Nationals looks on during a game against the Miami Marlins at Marlins Park on May 22, 2016 in Miami, Florida.</p>

But I did what every writer who has ever covered Baker does: I made the trip over to the visitors manager office beforehand to get some Dusty Time. Baker was going through his usual pregame preparation ritual of writing little crib notes on his lineup card. Most managers would have been ticked off to be disturbed. Not Baker.

“John! How you doing? I thought you retired or some (stuff).”

We chatted for a few minutes. I covered Baker for his six years here. He didn’t always like what I wrote, and he bristled at a lot of my questions. No one I’ve ever covered treated me better.

Baker forms relationships wherever he goes, and they last. He doesn’t remember everyone’s name. A lot of men get called “dude” and a lot of women get called “honey.” But he remembers your face and your story. And he takes the time to make you feel like a lifelong friend.

I always thought that ability to relate so well to so many people was key to Baker’s success.

Baker is having success again as a manager. He brought his Washington Nationals to town in first place — three games up in the National League East over the NL Champion Mets.

This, of course, is Baker’s first trip back to play the Reds since he was fired after the 2013 season. The firing stung deeply, and the pain lasted a long time.

“You go through a period of rejection and hurt when you lose a job, especially when you’ve done the best job that you can do,” he told me when he came back in November for an event at the Freedom Center.

Baker clearly wasn’t the problem. But he showed no hint of bitterness Friday. But he does wonder why the Reds did what they did since he left.

“You wonder if there was a need to break it up so thoroughly,” Baker said. “We were close. We were real close. People do what they want to do with their system.”

And Baker realizes that’s part of the reason he’s getting the reception around town as the Reds struggle. Baker got his hair cut Friday at Basil’s Barbershop — his spot when he was here.

“Guys were talking stuff in the barbershop,” he said. “Most people tell: Hey, we miss you. I started thinking about way back a long time ago an old girlfriend told me she missed me after she broke up with me. Maybe you weren’t so bad after all.”

The Reds got in from Denver at 4:45 a.m., so the team didn’t take batting practice. That kept Baker from getting to see a lot of the players. He plans on doing it Saturday.

But, frankly, not a lot of Baker’s Reds are left.

Joey Votto, Jay Bruce and Zack Cozart, Brandon Phillips, Tony Cingrani, Alfred Simon and Billy Hamilton are the only Reds on the current roster who played for Baker.

“But they have a bunch of new faces,” Baker said. “It helps to turn the page. But still, your heart’s with certain people in certain places.”

Bruce sent Baker baby photos when his son was born.

“I hear from him from time to time,” Baker said. “Guys you spend time and help raise them. Let’s face it, most of us who have played ball — including me — your coaches end up spending more time with you than your old own parents. We live and die and cry with a bunch of guys for a long time. You form bonds.”

“These are things you can’t replace in life. You can’t replace the time you spend with somebody. There’s no replacement for time. We had some very pleasant times here. These things I always remember.”

But Baker has moved on.

“I’m very happy where I am,” Baker said. “I really like Washington, D.C. I didn’t know what it was going to be like when I got there. Good people. A lot of diversity.”