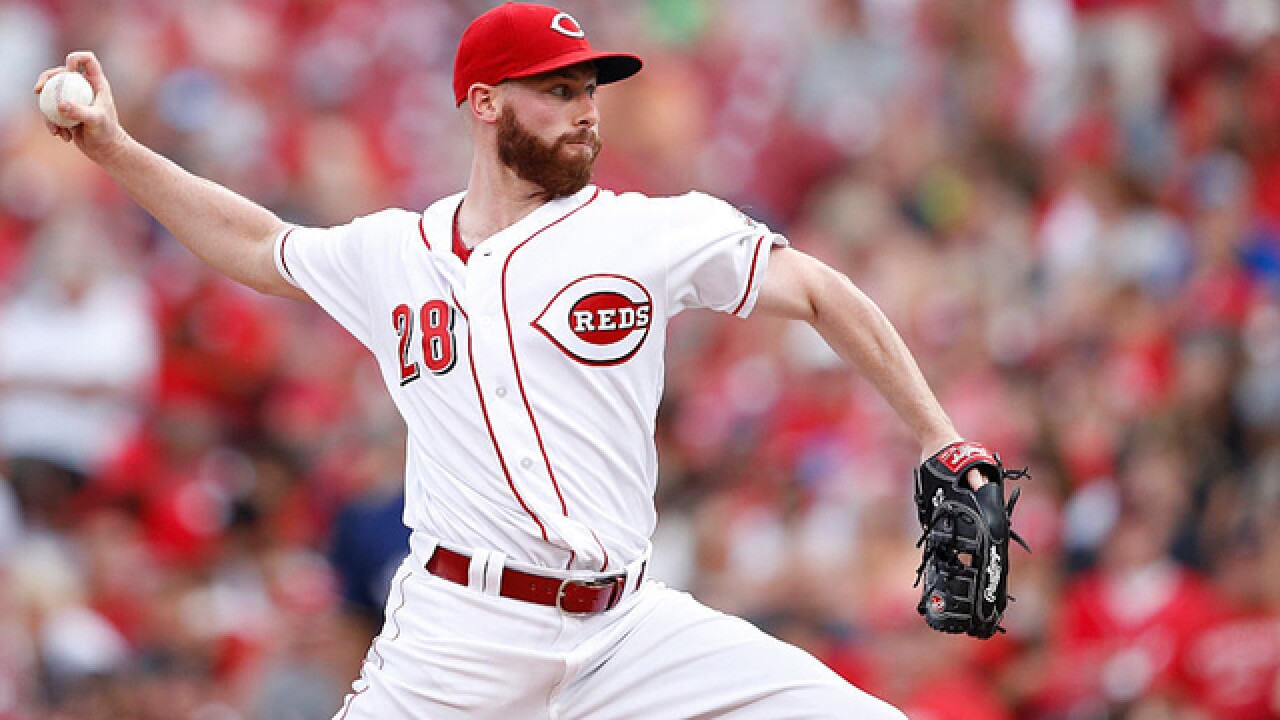 CINCINNATI (AP) -- The bottom two teams in the NL Central resumed the season with a game that came down to the last pitch. The last-place Reds got the better of it.

Adam Duvall and Tucker Barnhart doubled home runs in the sixth inning Friday night, rallying Cincinnati to a 5-4 victory over the Milwaukee Brewers that snapped a three-game losing streak.

Of course, they opened the season with a sweep of Philadelphia, only to fall apart and get on pace to lose more than 100 games. But for one night, they felt rejuvenated.

Duvall's double off Matt Garza (1-3) cut Milwaukee's lead to 3-2, the ball hitting the top of the wall in left. Barnhart's two-run double just inside the third base line off Carlos Torres gave Cincinnati its first lead. Jay Bruce added an RBI double in the seventh.

Tony Cingrani gave up pinch-hitter Hernan Perez's RBI single in the ninth, and then loaded the bases with one out. The left-hander got Gennett to swing at a high, full-count fastball and foul out.

"It was probably ball four, but I got a borderline pitch there," Gennett said. "I just got under it a little bit."

Manager Bryan Price decided to bring in Ross Ohlendorf. The right-hander got Ryan Braun to pop up, earning his second save in four chances.

"I just thought, 26 pitches (by Cingrani) and it wasn't coming easy, and I would've hated for him to get the loss in a situation where he didn't have his best stuff," Price said. "We had a fresh arm ready."

The Brewers have lost three straight and 10 of 14.

Billy Hamilton had a pair of singles, stole a base, and scored twice. He made it home from second on a fielder's choice for Cincinnati's first run in the fourth inning.

"The speed component is beginning to show itself on the offensive side, not just in stolen bases," Price said. "I'm really happy with the improvement in his game this year."

A grounder that deflected off first base helped the Brewers go up 2-1 in the fifth. Ramon Flores singled and advanced on Garza's sacrifice. Jonathan Villar hit a slow grounder down the line that Joey Votto failed to charge, allowing the ball hit first base and skip away for an RBI single.

Bruce jumped to get Chris Carter's fly to the top of the wall in the fourth. The Brewers' Jonathan Villar made a sliding stop on Votto's grounder to the hold at shortstop and threw him out from his knees in the bottom of the inning.

The Brewers worked out to Christmas carols pregame as the Cincinnati Pops rehearsed. It provided the soundtrack for postgame fireworks as part of a Christmas in July promotion.

Right-hander Corey Knebel was recalled from Triple-A Colorado Springs and pitched the eighth. He opened the season on the DL with a strained left oblique and went 0-1 with an 8.31 ERA in five games last month before being sent down.

Brewers: OF Domingo Santana - on the DL with a sore right elbow - worked out before the game. He could start a rehab assignment within a week. ... LHP Chris Capuano got an injection in his sore left elbow and isn't with the team on the road trip. He's on the 60-day DL.

Reds: RHP Homer Bailey threw 67 pitches in four innings of a rehab start for Triple-A Louisville on Friday, allowing three hits and one run. He's scheduled to pitch in the minors again in five days. Bailey is recovering from Tommy John surgery 14 months ago. ... 2B Brandon Phillips left in the seventh inning with a strained right calf.