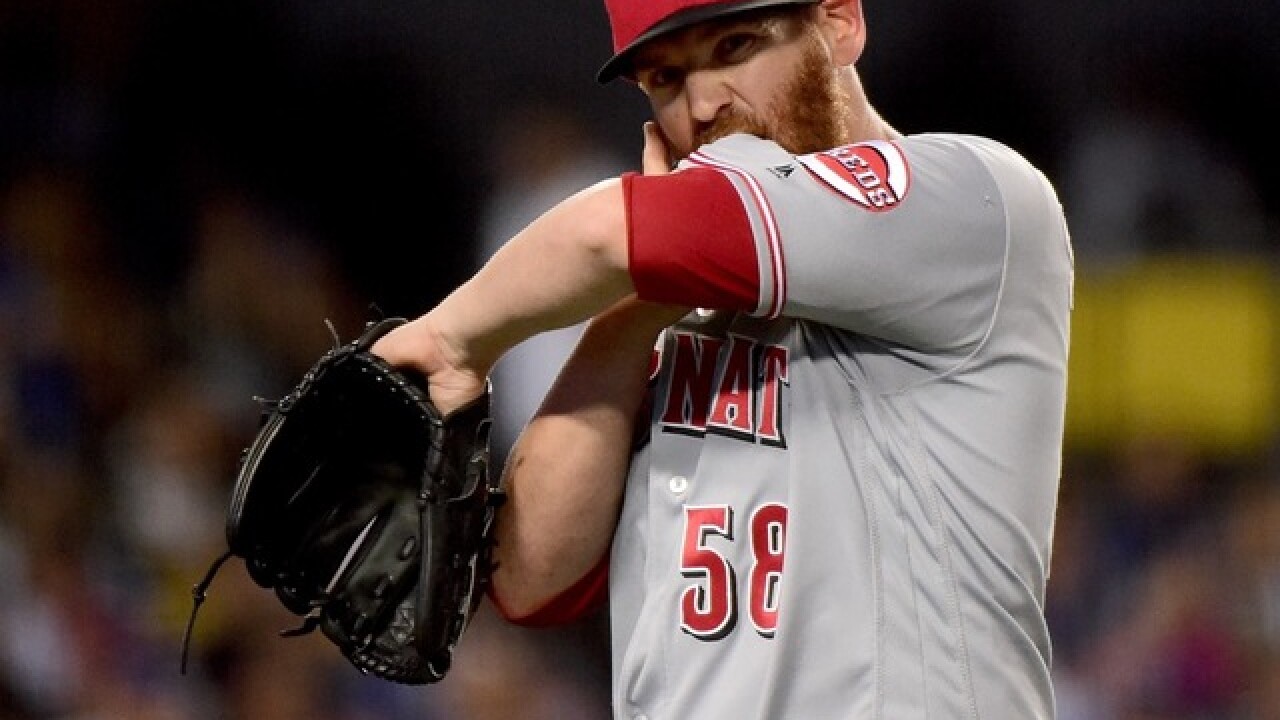 Harry How/Getty Images
<p>Dan Straily of the Cincinnati Reds reacts at the end of the fourth inning after giving up two runs to the Los Angeles Dodgers to trail 2-1 at Dodger Stadium on May 25, 2016 in Los Angeles, California.</p>

LOS ANGELES -- Joc Pederson hit a go-ahead, two-run single with two outs in the fourth inning and Scott Kazmir struck out 12, lifting the Los Angeles Dodgers to a 3-1 win over the Cincinnati Reds on Wednesday night to complete a three-game sweep.

The Dodgers have won four in a row overall and nine straight against the Reds, who extended their season-high skid to 10 games.

Kazmir (4-3) allowed one run and four hits in six innings. He struck out 12 for the third time in his career and first since Sept. 6, 2012, against the Mets, and walked two.

Kenley Janson retired the side in the ninth for his 14th save in 16 chances after blowing his previous two opportunities.

Dan Straily (2-2) took a perfect game into the fourth inning, when the Dodgers rallied for a 2-1 lead on Pederson's hit.