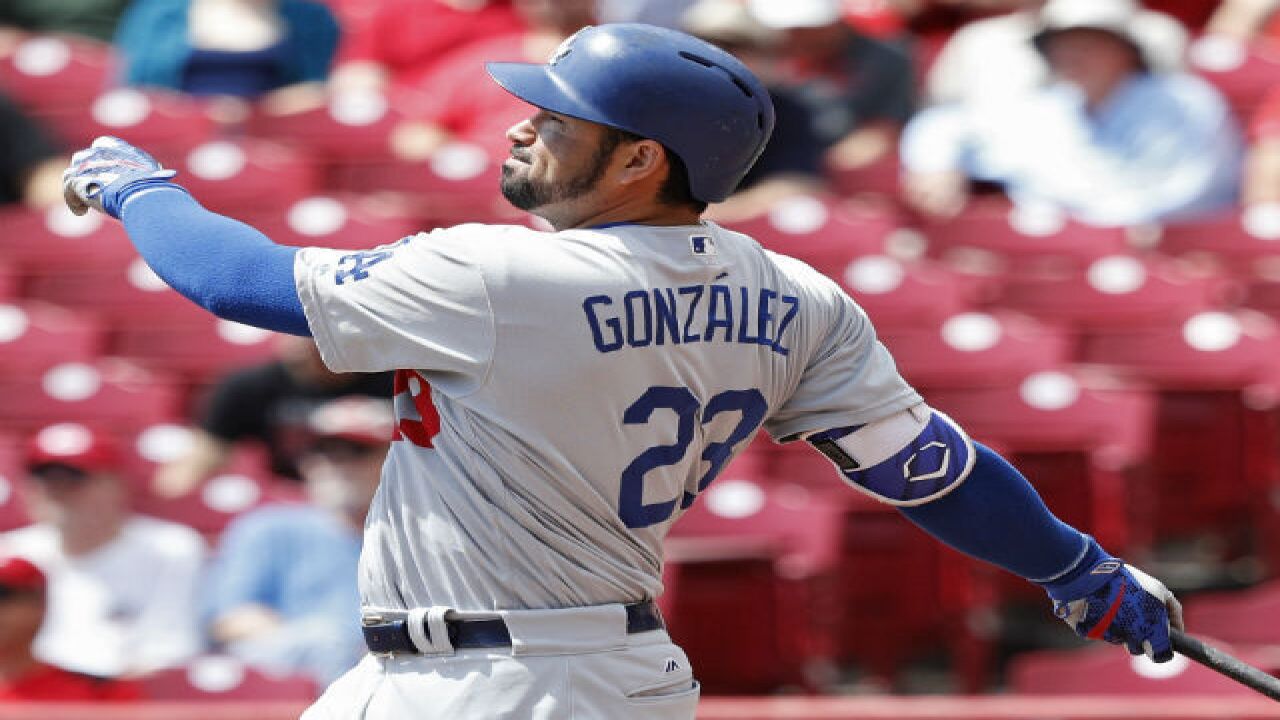 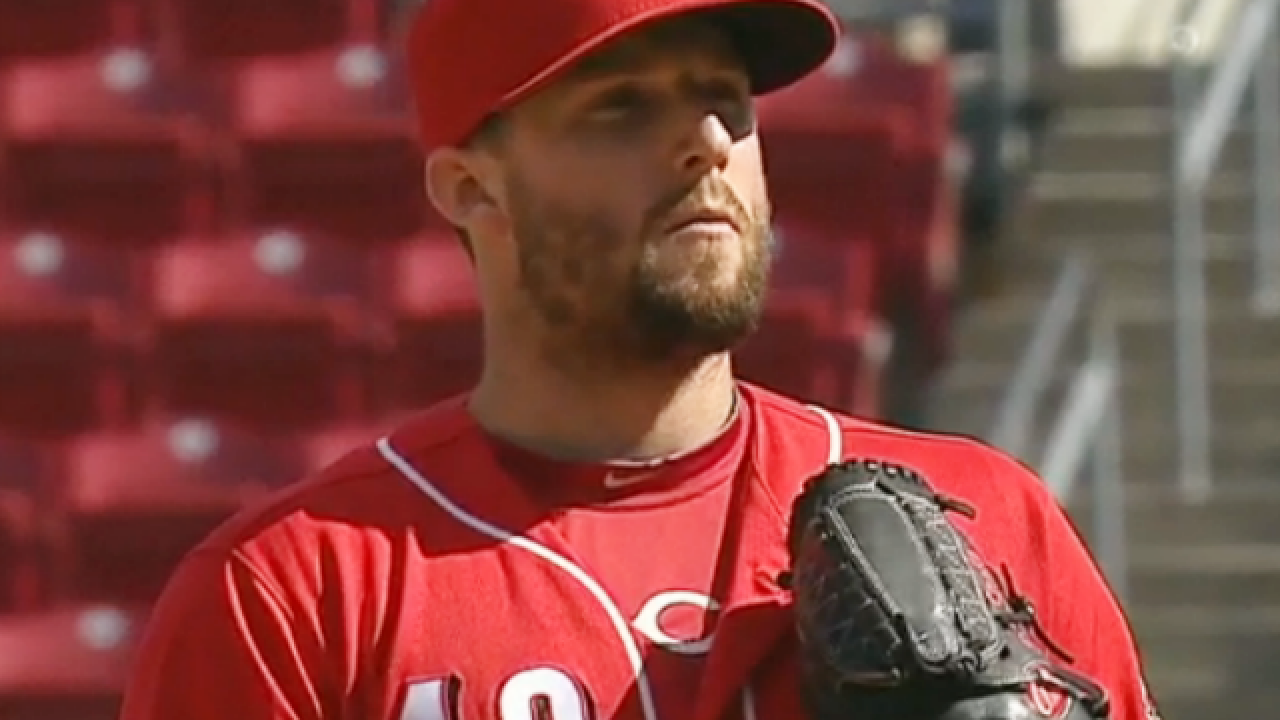 CINCINNATI – Look on the bright side - the Dodgers may have smashed seven homers off four Reds pitchers, but they couldn't touch Tyler Holt.

With the bullpen going up in flames, manager Bryan Price called the 27-year-old outfielder to the mound in the ninth Monday afternoon, and Holt put out the fire, pitching a 1-2-3 inning on five pitches. Holt  was the only one of six Cincinnati pitchers to keep the Dodgers from scoring in an 18-9 rout.

"With his limited number of pitches thrown, he'll probably be good to go tomorrow," Price joked after the game. "I just hope we don't need him."

Holt said he hadn't pitched since Little League , but he was eager to go. He just didn't want to hit anybody.

He said he threw two 60-mph knuckleballs to get Joc Pederson to fly out to center, Howie Kendrick hit a batting-practice fastball to short, and Andrew Toles hit the same to center.

The last position player to pitch for the Reds was Skip Schumaker  two years ago on Aug. 21, 2014 in an 8-0 loss to the Braves.

Before Holt came in, fans in the outfield had to be out of breath from chasing Dodgers' home-run balls. The seven homers the Reds allowed tied a club record.

Adrian Gonzalez, who had a career-high eight RBI, hit three-run homers off Homer Bailey and Blake Wood and a solo shot off Jumbo Diaz.

It was the Dodgers' biggest power performance since they hit seven during an 11-10 win over San Diego on Sept. 18, 2006.

"That was fun," Gonzalez said, giving some of the credit to the bandbox that is Great American Ball Park.

"It's tiny and the ball flies," Gonzalez said. "Right field is short. I hit two fly balls that went out. I could have been 1 for 6 with a homer."

Toles and Segedin hit their first career homers back-to-back in the fifth, becoming the first Dodger duo to accomplish that one.

The Dodgers had 21 hits and scored against all five real Reds pitchers.

Price said ups and downs are to be expected with Bailey, who came off Tommy John surgery just last month and has made only five starts.

"Some days, he's electric and sharp. Some days, there's fatigue and achiness and you're not going to have your grade-A stuff," Price said.

The Reds had a good day at the plate with 14 hits but didn't hit any out of the park. Joey Votto was a homer shy of the cycle, going 3-for-6 with four RBI. Jose Peraza went 4-for-6 and scored three runs. Scott Schebler was 3-for-4 with two RBI and Adam Duvall was 2-for-4 with two runs and two RBI.

Dan Straily (9-6) starts the opener of a two-game series against Texas on Tuesday. He's 3-3 career against the Rangers in 10 games.