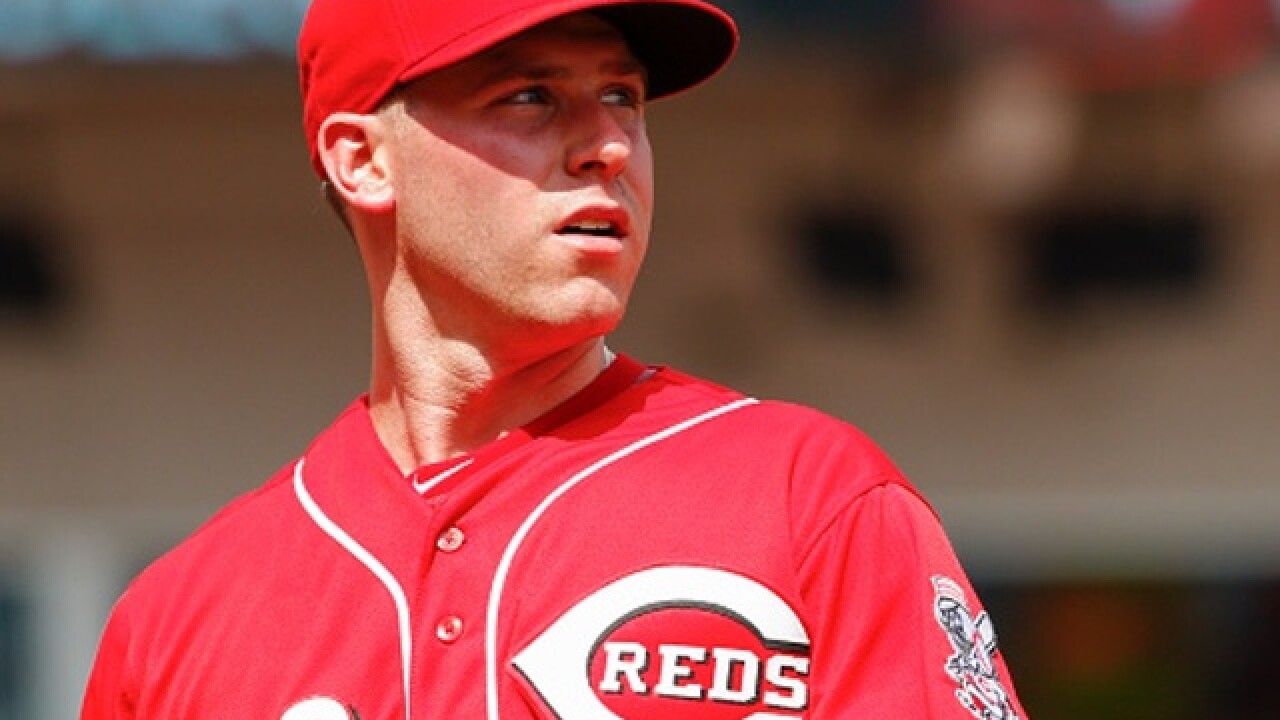 CINCINNATI — The Reds got some good news on the starting pitching front Wednesday — a rare thing this spring.

Right-hander Anthony DeSclafani threw three innings in a simulated game and had no problems with his strained left oblique.

“I felt good,” DeSclafani said. “I talked to (the hitters). They all said the ball was coming out good.”

The plan is for DeSclafani to start the final game of the series with the Pittsburgh Pirates on Sunday. The Reds want DeSclafani to get through Thursday and his bullpen session on Friday before making that official.

The Reds have a Plan B, although Price held off on revealing it.

“We did make sure we have someone in mind,” Price said.

DeSclafani will be on a normal first-start pitch count.

COZART’S DAY: Zack Cozart’s return from the long rehab after knee surgery could not have gone better. He went 3-for-3 with a sacrifice fly that scored the tying run in the big rally on Opening Day.

“It was fun to watch,” Price said. “He’s not just gone through a lot but he’s put in a lot of effort into getting back. It just crushed him to miss so much time.

“He really missed be part of the club. To see him go out there after all the work, the pain of the rehab, to get where he could start Opening Day was certainly huge in us winning the game. But, more importantly in the long run, he looked really good out at shortstop and hitting leadoff.”

PLATOON SYSTEM: Scott Schebler was in the starting lineup Wednesday in left field after Adam Duvall started on Monday. The two are platooning.

But it’s not a strict left-right platoon. The Phillies started a right-hander in both games.

“I look at the match-ups,” Price said. “There’s the obvious left-right as far as starting pitcher — if they get left-handers out better than right-handers. I don’t want either one to spend too much time out of the starting lineup.

CAVE GONE: The New York Yankees took back Rule 5 pickup Jake Cave. The Reds had designated him for assignment the day before Opening Day.

“We would have love to keep Jake,” Price said. “He’s a terrific young player. We all saw him as a big leaguer. It was just some limitations on how playing time I thought I could get him.”