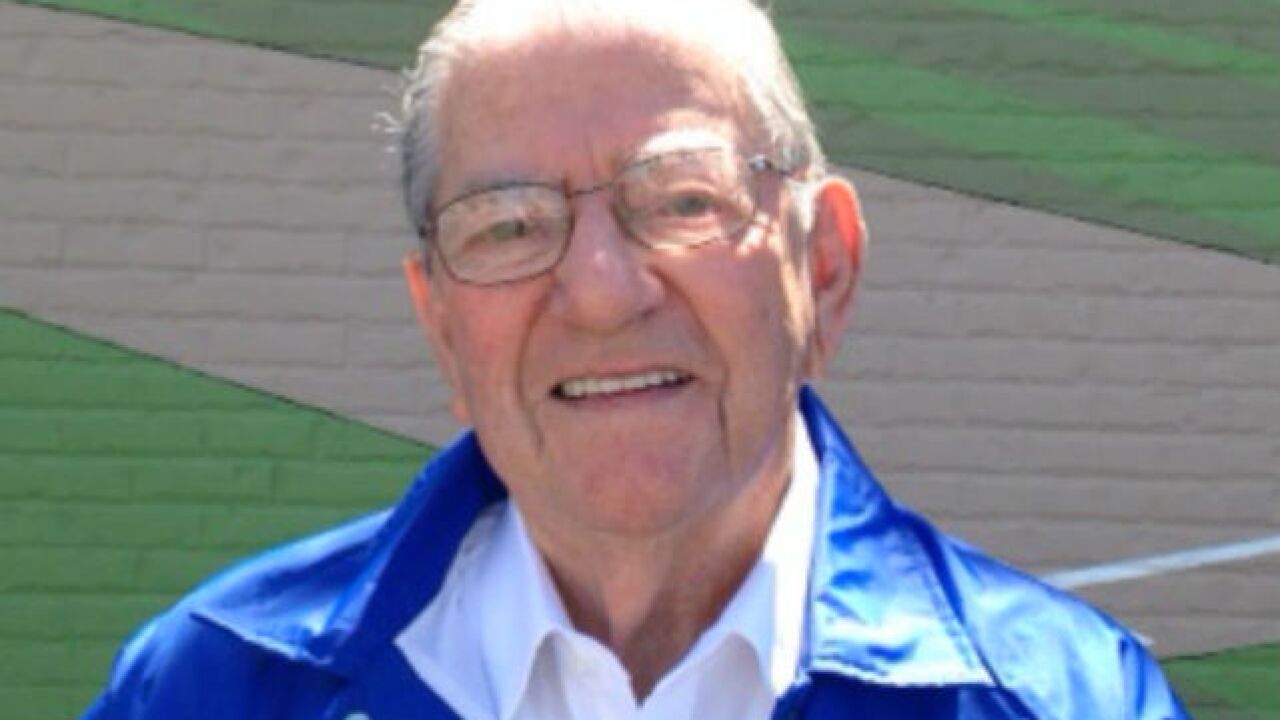 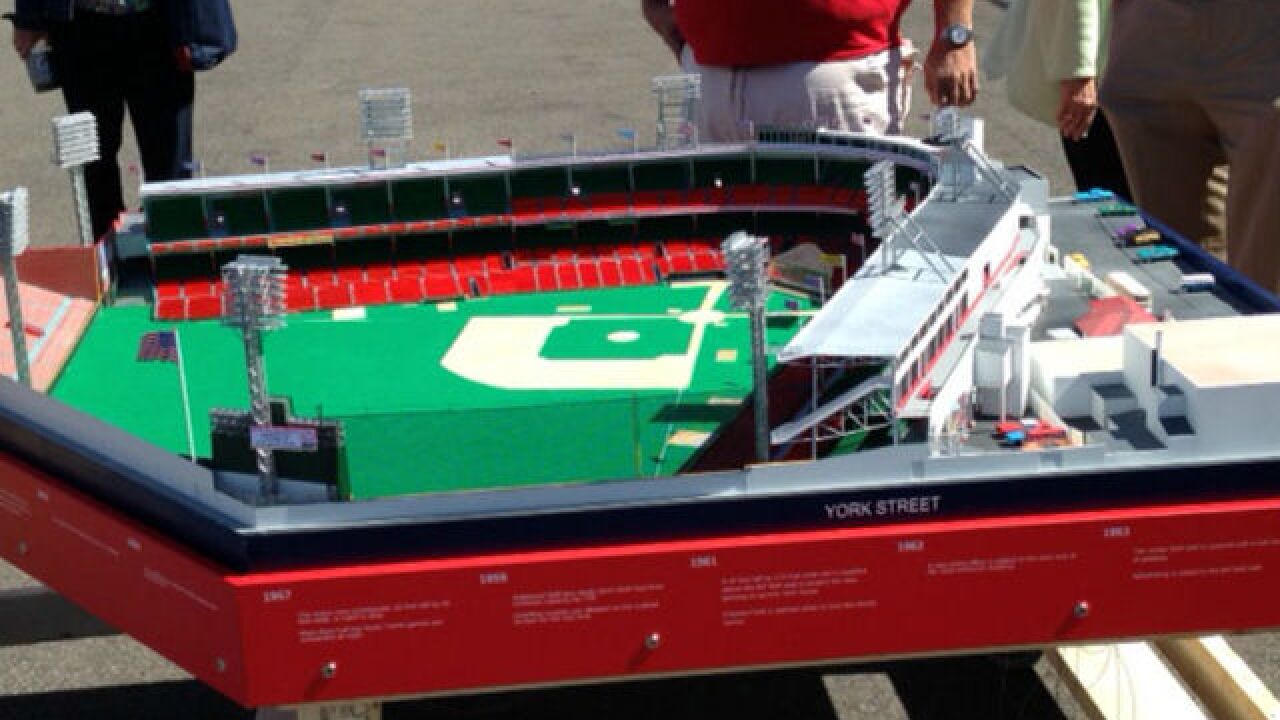 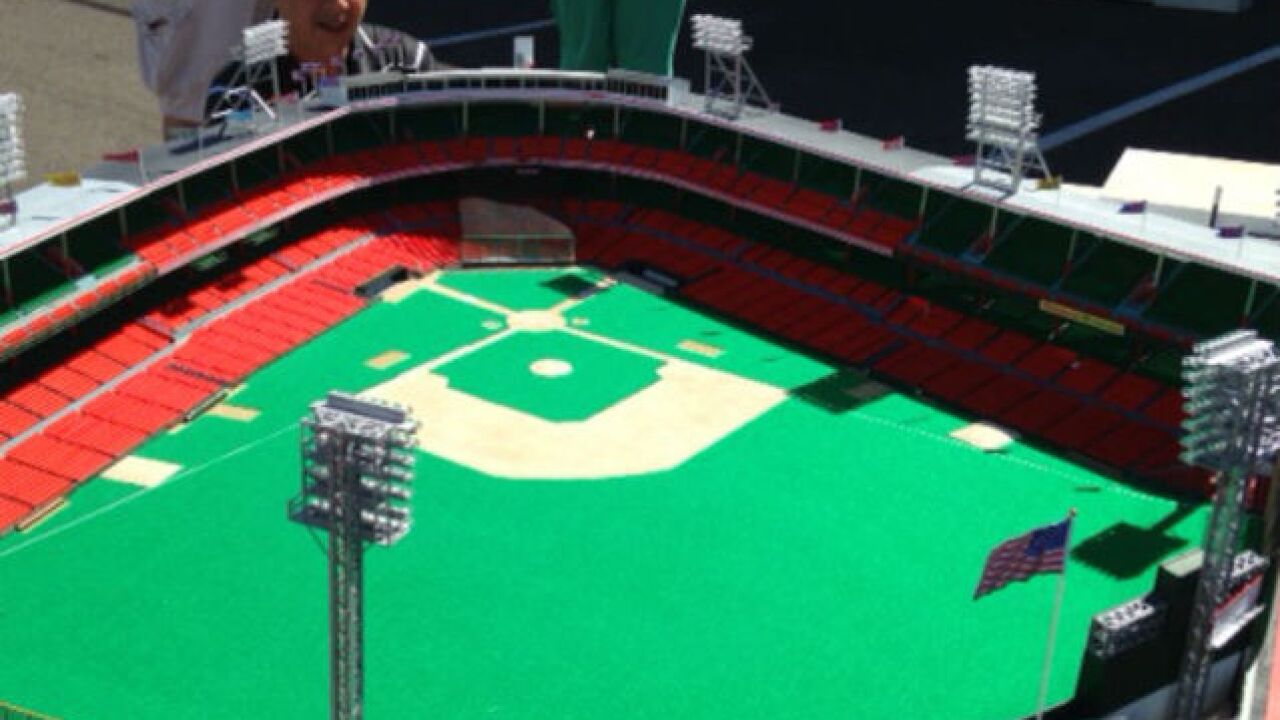 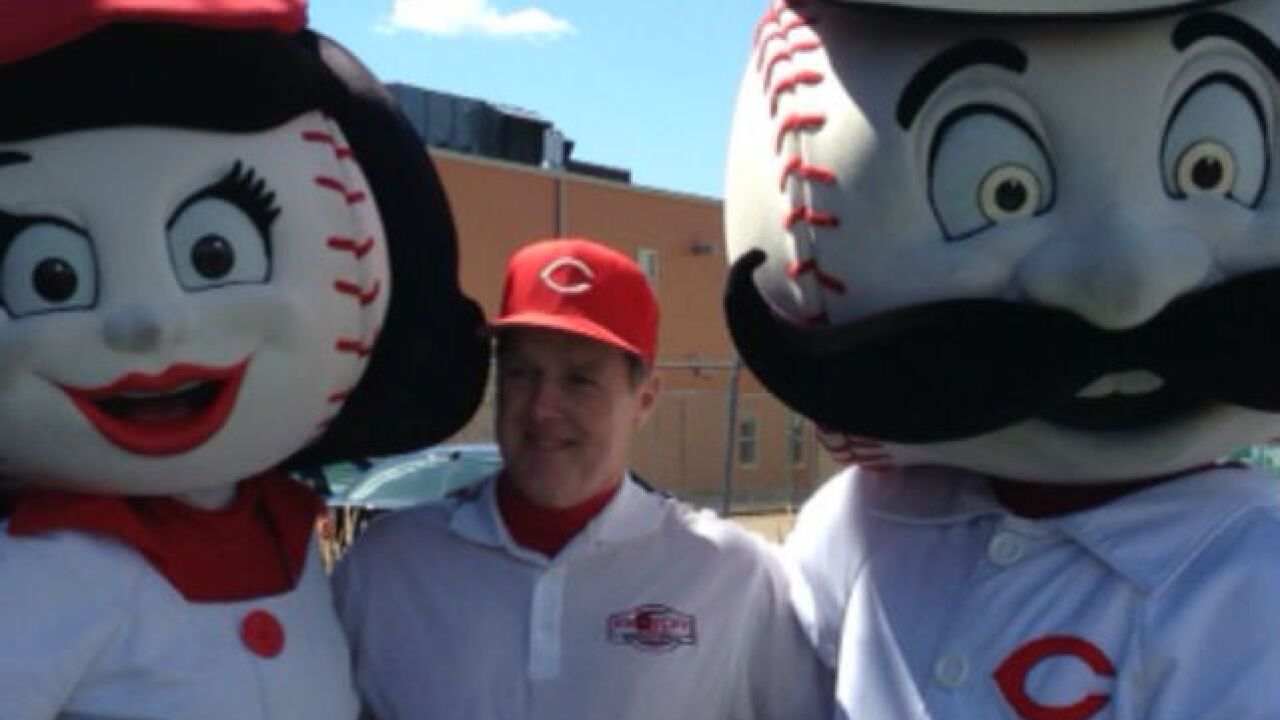 CINCINNATI — Elmer Hensler stood near what used to be the third-base side of Crosley Field Wednesday morning.

A mural of the ballpark at which he grew up watching Reds games was freshly painted behind him. Many of the people associated with the Crosley Field memorial site dedication were too young to have ever attended a game at the corner of Findlay and Western.

Even those who did remember sitting in the ballpark mostly had memories from the 1960s. The last Reds game was played June 24, 1970 before the ballpark was razed in 1972.

But, for Hensler, Crosley was always home even decades before Pete, Johnny or Sparky stepped onto the field.

This June morning saw Hensler, the longtime president and owner of Queen City Sausage, transformed back to the 1930s and 1940s as a youngster growing up on York Street in the West End near the famed ballpark.

“I remember I used to go by in the alley back here and we would watch the game through the crack in the wall,” said the 86-year-old Western Hills resident.

When he was 12 or 13, he sold Coca-Cola bottles for a nickel each at the ballpark.

The middle of nine children, Hensler began working in the slaughter business when he was 11.

Money was tight. He had to earn everything. Hensler loved to buy candy and ice cream with his earnings.

“I used to park cars for people who went to the game,” Hensler said. “We would get a quarter for watching their car while they were in the game. Back then if you could make a nickel or a dime, it was really something. You could go to a show for a dime. It was economical back then.”

Ted Kluszewski was Hensler’s favorite ballplayer. Every time Big Klu would walk to the plate, you knew he was going to get a home run. Or at least so everybody thought.

“He was fantastic,” Hensler said. “He was one of my main guys.”

Hensler still works every day at the business he created in 1965 when he joined forces with “spice man” Alois Stadler and master sausage-maker George Nagel using authentic German recipes.

Crosley Field enthusiast Mike Weaver, who is credited with finding the true dimensions of the ballpark in June 2005, unveiled his latest scale model of the 1969 version of the ballpark too.

The exquisite model will be displayed in the lobby of Nehemiah Manufacturing at 1130 Findlay St.

The Yellow Springs resident took 1,109 hours to construct the scale model and more than 50 hours of research since he started the project in January 2014.

“I did ’69 because it was the last full season (at Crosley) and it was their 100th anniversary and it added some color (with the red trim),” said Weaver, who attended the last game in June 1970.

Reds historian Greg Rhodes conducted a tour to the media and fans in attendance and pointed out features of the ballpark and where certain buildings once stood nearby.

When Rhodes discussed the scoreboard, Hensler offered his commentary on how he used to watch games through the left-field wall. He never forgot how special Crosley was to the city.

“The way it is and the location and that,” Hensler said. “I mean it was ideal in the West End to come down to Crosley Field. It was handy to get there.”

Weaver, who has a Crosley museum of sorts in his basement with seats and other artifacts from the final game, included the spot where the present-day mural would’ve been in ’69 behind the third-base seats.

“I enjoyed going here as a kid,” Weaver said. “I remember more of Crosley than Riverfront. Because this to me was a ballpark and Riverfront was more of a doughnut. The more I look at it and the more I get involved with old baseball stuff it just brings back a lot of neat memories for baseball the way it was supposed to be played.”