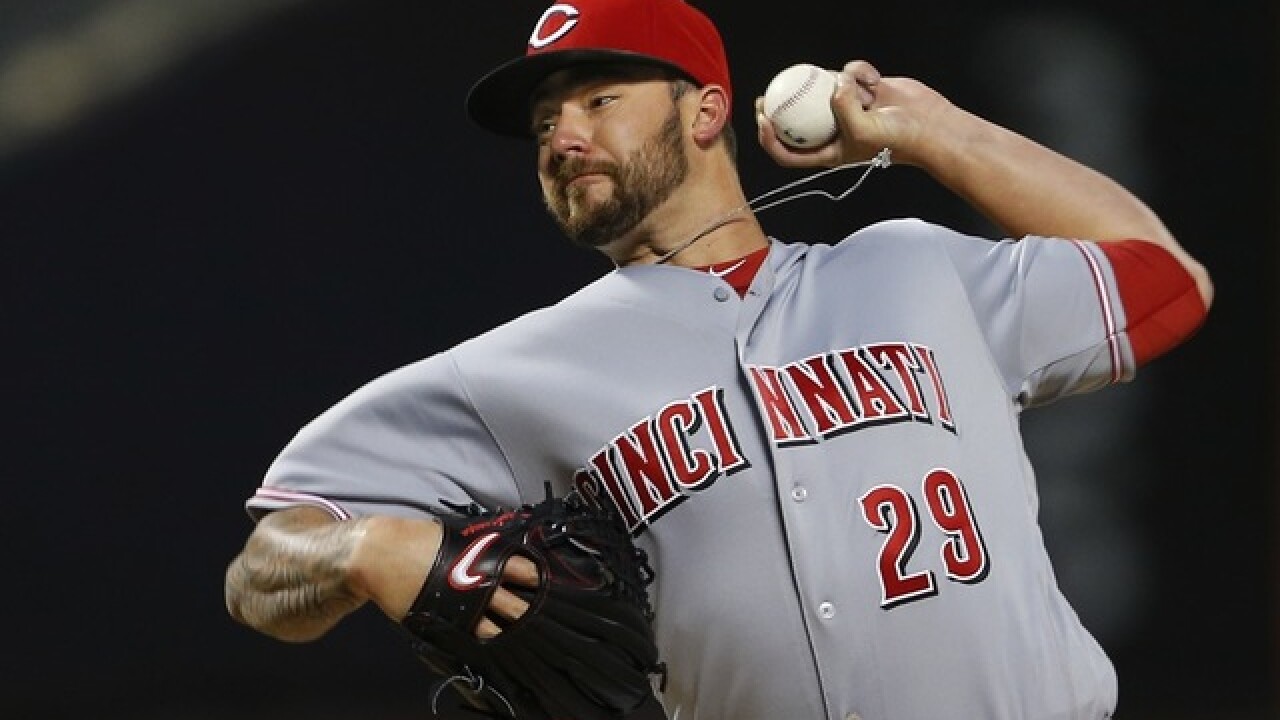 Rich Schultz/Getty Images
<p>NEW YORK, NY - APRIL 26: Pitcher Brandon Finnegan #29 of the Cincinnati Reds delivers a pitch during the second inning against the New York Mets during a game at Citi Field on April 26, 2016 in the Flushing neighborhood of the Queens borough of New York City.</p> 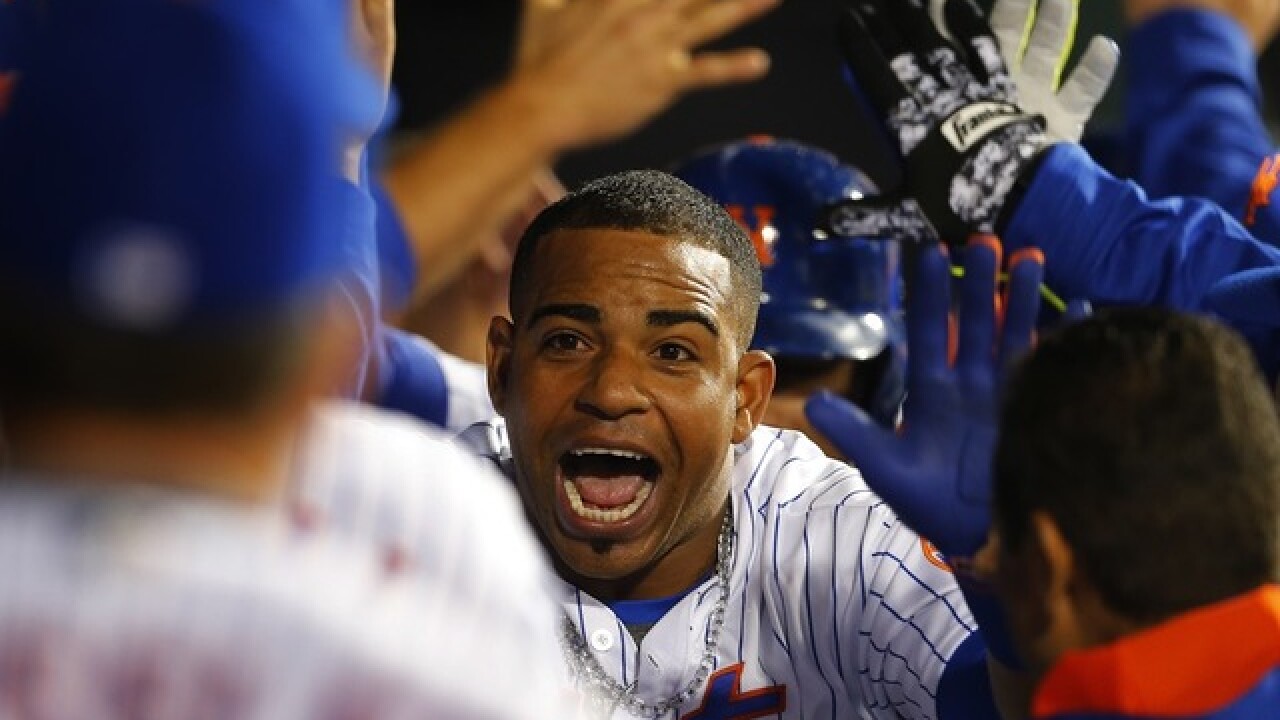 NEW YORK -- Yoenis Cespedes returned from a leg injury to line a tying, three-run homer as a pinch hitter in the seventh off Brandon Finnegan, slumping David Wright had a go-ahead single later in the inning and the New York Mets rallied past Cincinnati 4-3 Tuesday night for their 10th straight win against the Reds.

Cespedes had missed three straight games because of a bruised right thigh and had fluid drained Monday. He electrified the small Citi Field crowd on a cool night when he rocketed a 93 mph fastball, the first pitch he saw from Finnegan, off the green wall that was the fence when the ballpark opened in 2009.

The ball caromed back over the new blue fence erected in 2012 and into left field, and Cespedes initially seemed to think it was in play. Third base umpire Sam Holbrook immediately signaled home run, and Cespedes took a slow trip around the bases.

Wright, who had been 1 for 17 with runners in scoring position, broke the tie later in the inning against Tony Cingrani (0-2).

New York has won five straight overall and eight of nine. The Mets are 10-2 since a four-game losing streak.

In a matchup of youthful gumption and veteran savvy, 23-year-old Finnegan pitched one-hit shutout ball for five innings against 42-year-old Bartolo Colon, then escaped two-on, no-out trouble in the sixth.

Juan Lagares walked with one out in the seventh and Kevin Plawecki singled. Lucas Duda came out of the dugout, appearing to get ready to pinch hit for reliever Logan Verrett (3-0), but Duda was not announced into the game. Reds manager Bryan Price took a trip to the mound and left in the left-handed Finnegan, and Cespedes then emerged from the dugout to hit.

Cespedes' sixth home run of the season was the major league-high 38th allowed by the Reds. Cingrani then relieved and Curtis Granderson tripled over speedy center fielder Billy Hamilton and off the fence in left-center. Asdrubal Cabrera struck out and Wright fell behind 0-2 in the count before lining a fastball into left field.

Addison Reed pitched a hitless eighth, and Jeurys Familia got three straight outs for his seventh save in seven chances.

Joey Votto hit a third-inning sacrifice fly and Ivan DeJesus Jr. had a two-run homer in the fourth against Colon, who with 3,004 1/3 innings moved past the Yankees' CC Sabathia to become the leader among active pitchers.

The difference of 19 years, 324 days between the starters was the largest in the major leagues since Colorado's Jamie Moyer faced the Reds' Mat Latos on May 27, 2012, according to STATS.

Colon remained at 219 wins - tied with Pedro Martinez for second among Dominican pitchers behind Juan Marichal's 243.

Jay Bruce's wife, Hannah, gave birth to Carter Bruce on Monday night. The Reds right fielder was put on the three-day paternity list Monday and is expected to rejoin the team Friday in Pittsburgh.

Hamilton used his speed to make a leaping catch on Plawecki's fly to center in the fifth after initially misjudging the ball. ... New York's Neil Walker made a rolling stop on Finnegan's sixth-inning grounder with two on, then shuffled the ball to Cabrera, the shortstop, to start an inning-ending double play.

Reds: 2B Brandon Phillips was out of the starting lineup after fouling consecutive pitches off his left foot and shin during the fourth inning Monday, then three pitches later getting hit on the left ring finger by a 98 mph Noah Syndergaard fastball. Reds manager Bryan Price said the shin had inflammation. With Phillips out, Eugenio Suarez was dropped from second to fourth in the batting order, his first big league start as a cleanup hitter. ... Making his second injury rehab start following Tommy John surgery, Homer Bailey allowed five runs - one earned - and six hits in four innings for Double-A Pensacola against Jackson. ... Tyler Holt was hit on the right elbow by Colon pickoff throw to second base in the fifth.

Mets: C Travis d'Arnaud is on the DL for the fifth straight season. New York said he has a strained right rotator cuff, an injury the team hopes can heal quickly without surgery and won't cause a lengthy layoff.