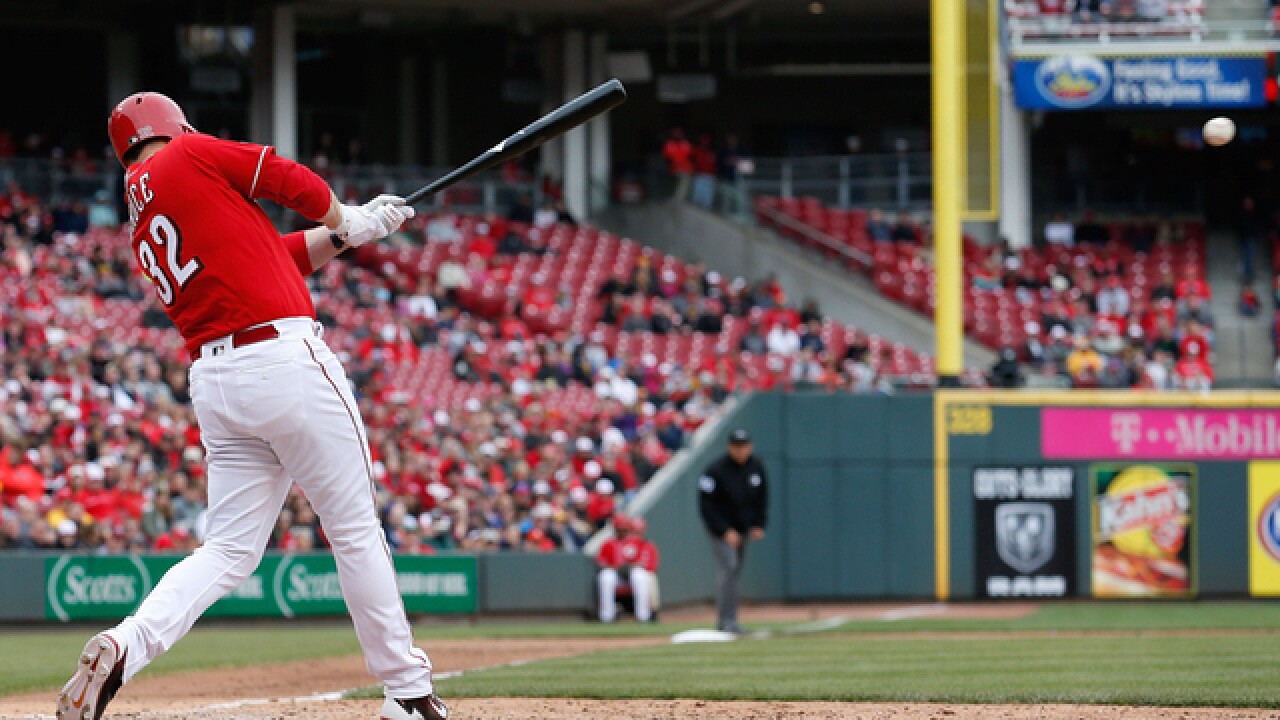 The Reds took two of three from the Pirates and are off to a 5-1 start.

Brandon Phillips led off the ninth with a single. After a popout, Bruce tripled down the right field line against Arquimedes Caminero (0-1).

Former Pirates right-hander Ross Ohlendorf (2-0) escaped a first-and-second, one-out jam in the ninth to get the win.

Eugenio Suarez opened the Reds sixth with his fourth home run of the season, tying at 1. He had three hits in the game.

Suarez is the first Reds player with four homers in the first six games since Adam Dunn had four in six in 2004, the Reds said in citing the Elias Sports Bureau.

Tim Melville, a non-roster player in spring training, made his major league debut for the Reds and looked nervous. The 26-year-old righty needed 37 pitches to negotiate a 20-minute, scoreless top of the first that ended with the bases loaded.

Jeff Locke allowed one run in six innings in his season debut.

Chris Stewart, batting for the first time this season, homered in the Pirates second.

That was Pittsburgh's only hit in 14 at-bats with runners in scoring position.

Manager Bryan Price still hopes RHP Anthony DeSclafani can start on Friday in St. Louis. But Price said Sunday that the longer DeSclafani is sidelined with his left oblique strain, the more likely it is that he'll need a rehab assignment.

LHP Brandon Finnegan makes his first career appearance against the Cubs as Cincinnati opens its first road trip of the season. Finnegan got no-decision vs. the Phillies on Wednesday.