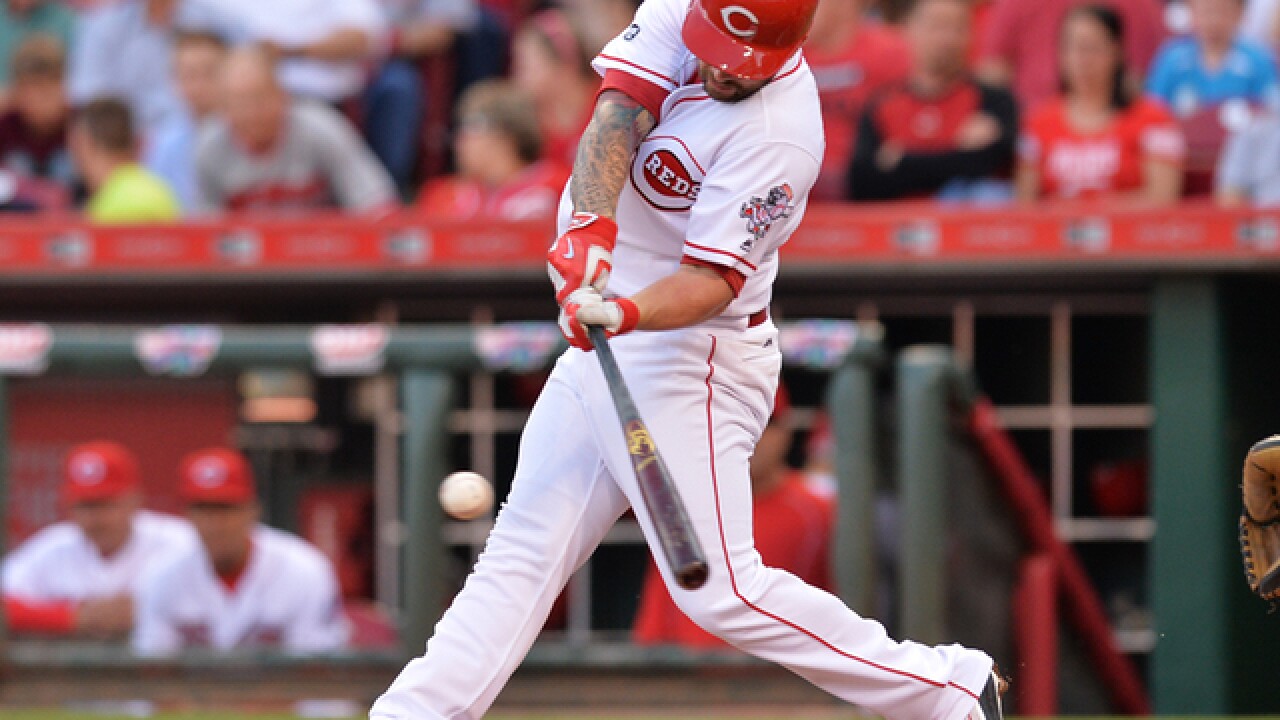 Jamie Sabau
<p>CINCINNATI, OH - MAY 7: Brandon Finnegan #29 of the Cincinnati Reds hits an RBI single in the second inning against the Milwaukee Brewers at Great American Ball Park on May 7, 2016 in Cincinnati, Ohio. (Photo by Jamie Sabau/Getty Images)</p>

CINCINNATI (AP) -- Aaron Hill hit a grand slam in Milwaukee's seven-run 10th inning for his third homer of the game, and the Brewers snapped a three-game losing streak with a 13-7 win over the Cincinnati Reds on Saturday night.

Hill belted a two-run shot in the sixth and a tying solo shot in the eighth, helping Milwaukee erase a 6-2 deficit. The second baseman set career highs and matched franchise records with the three homers and seven RBIs.

Pinch hitter Jonathan Villar added a two-run double in the 10th as the Brewers snapped the Reds' three-game win streak.

Jeremy Jeffress (1-0) got the win by pitching a scoreless ninth. Caleb Cotham (0-2) failed to record an out in the 10th and was charged with five runs and five hits, including Hill's second career grand slam.

Phillips' drive to left field in the third inning gave the Reds a 4-0 lead. He also homered in the 10th.