Bailey is sharp in return as Reds beat Padres 3-2 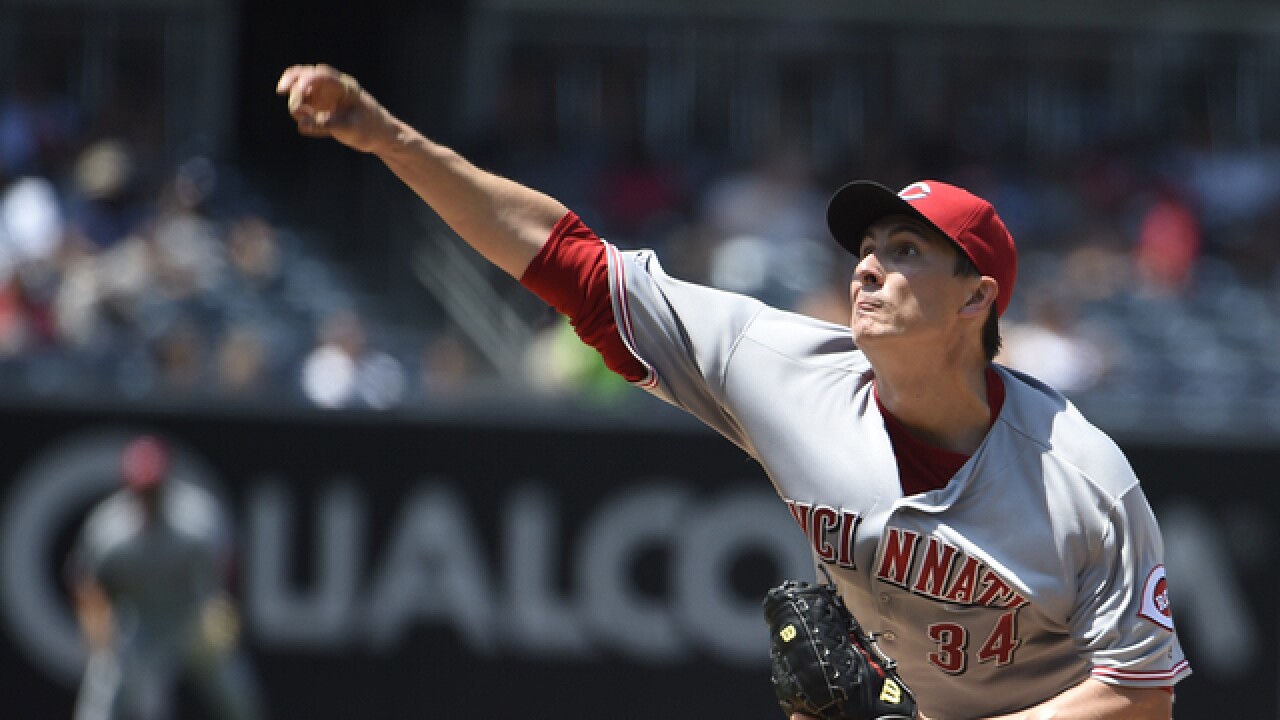 Denis Poroy
<p>SAN DIEGO, CALIFORNIA - JULY 31: Homer Bailey #34 of the Cincinnati Reds pitches during the first inning of a baseball game against the San Diego Padres at PETCO Park on July 31, 2016 in San Diego, California. (Photo by Denis Poroy/Getty Images)</p>

The Reds took the three-game series and completed their first winning road trip (4-2) since 2014.

Tony Cingrani worked the ninth for his 13th save in 18 chances.

Paul Clemens (1-2) made his second start with the Padres but was forced to exit after 4 2/3 innings because of a sore back. Clemens, a June waiver pickup from the Marlins, was charged with two runs on four hits and a walk. He tied a career high with five strikeouts.

The Padres loaded the bases with one out in the eighth, but reliever Michael Lorenzen fanned Jabari Blash and Christian Bethancourt flied out.

The Padres closed the gap to 3-2 in the sixth, Bailey's most stressful inning, when Alexi Amarista's one-out single preceded three straight walks. Amarista was thrown out trying to score on a wild pitch.

After the third walk to Blash, a disappointed Bailey turned his back to the plate and Wil Myers swiped home without a throw. Bailey was then lifted after 89 pitches.

The Reds took a 2-1 edge in the second, thanks to some power from an unlikely source.

Eugenio Suarez singled and Jose Peraza followed with a home run into the second deck of the Western Metal Supply Co., building. The 424-foot shot was Peraza's first of his career.

RHP Dan Straily (6-6, 3.84) will make his first career start against the St. Louis Cardinals on Tuesday. Straily has produced quality starts in each of his last five appearances. He leads the Reds in innings pitched (122), strikeouts (97) and quality starts (12).