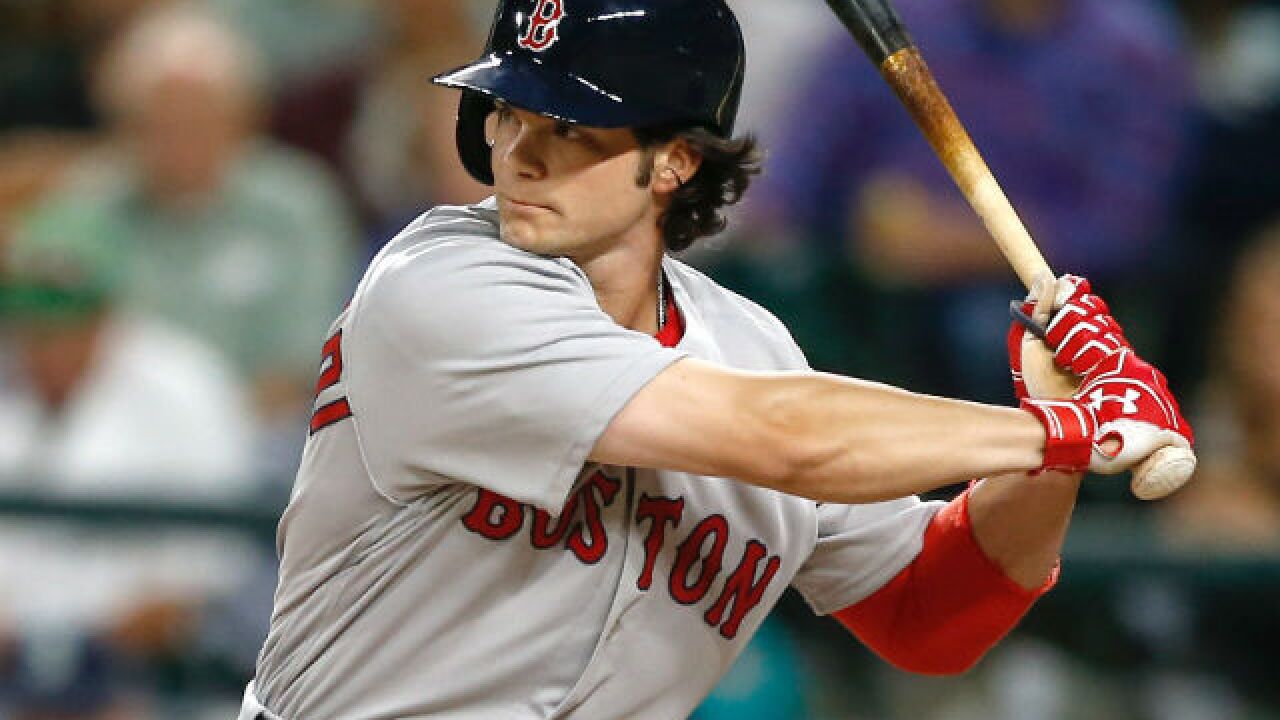 <p><span>SEATTLE, WA - Andrew Benintendi #40 of the Boston Red Sox bats against the Seattle Mariners in the seventh inning at Safeco Field on August 2, 2016. (Photo by Otto Greule Jr/Getty Images</span></p>

CINCINNATI -- Madeira High School grad Andrew Benintendi continues his ascent as one of the future stars of baseball.

On Saturday night,  Benintendi was named the top prospect in all of baseball.

The 22-year-old outfielder played 34 games last year for the Red Sox after skipping Triple A altogether. Benintendi hit .295 with 2 home runs at the big league level.

The Red Sox drafted Benintendi with the seventh overall pick in the 2015 MLB Draft. He promptly hit .313 with 11 homers and 10 stolen bases for two different Single A teams in 2015.

At Madeira, Benintendi was national high school player of the year as a senior. He hit .564 with 12 home runs, 57 RBI and 38 stolen bases that year. He set the Ohio high school career record with 199 career runs scored and ranked second with 213 hits, fifth with 166 RBI, eighth with a .542 career batting average and 12th with 112 stolen bases.

The Reds drafted Benintendi in 2013, but he was set on going to college. He played two seasons at the University of Arkansas and won four national player of the year awards as a sophomore before turning pro.

Now, the pride of Madeira figures to be a big part of the Red Sox future.

The year before that, Kris Bryant was the top prospect in all of baseball. Bryant was the 2016 National League MVP and led the Cubs to their first World Series since 1908.

Other past top overall prospects include: