Schwarber's out, but definitely not forgotten 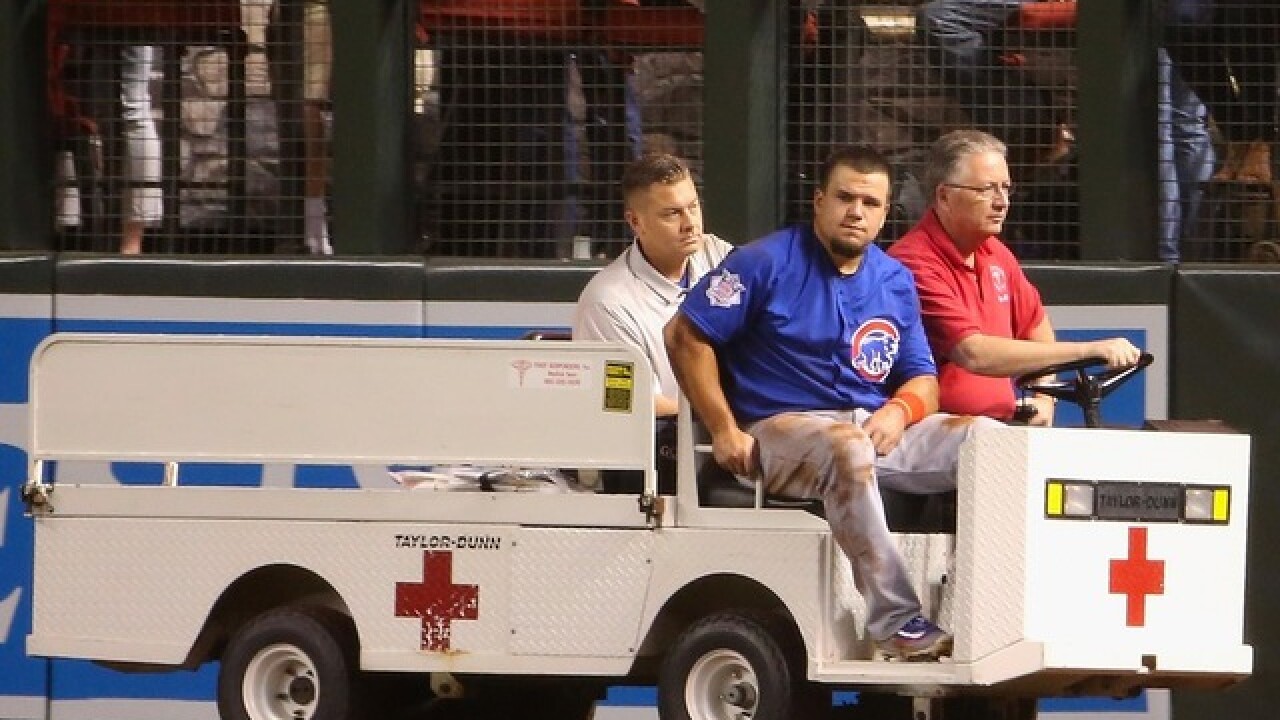 Christian Petersen/Getty Images
<p>PHOENIX, AZ - APRIL 07: Outfielder Kyle Schwarber #12 of the Chicago Cubs is taken off the field on a cart after an injury during the second inning of the MLB game against the Arizona Diamondbacks at Chase Field on April 7, 2016 in Phoenix, Arizona.</p> 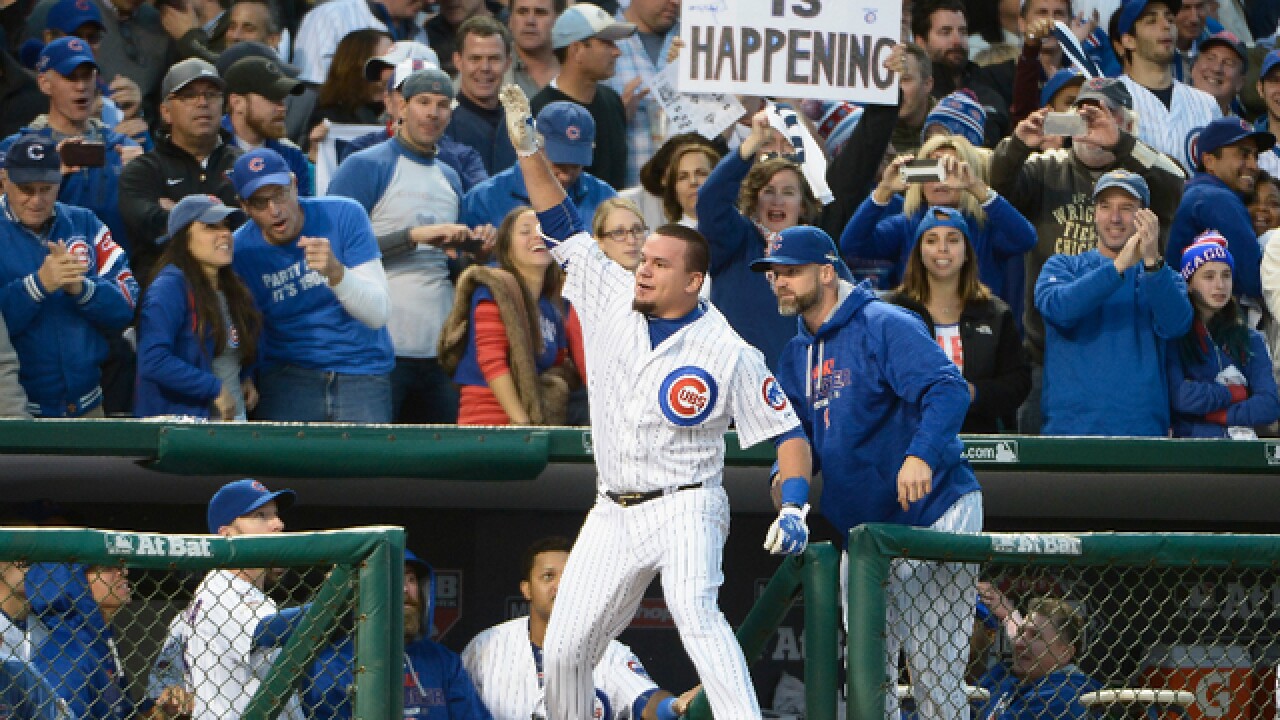 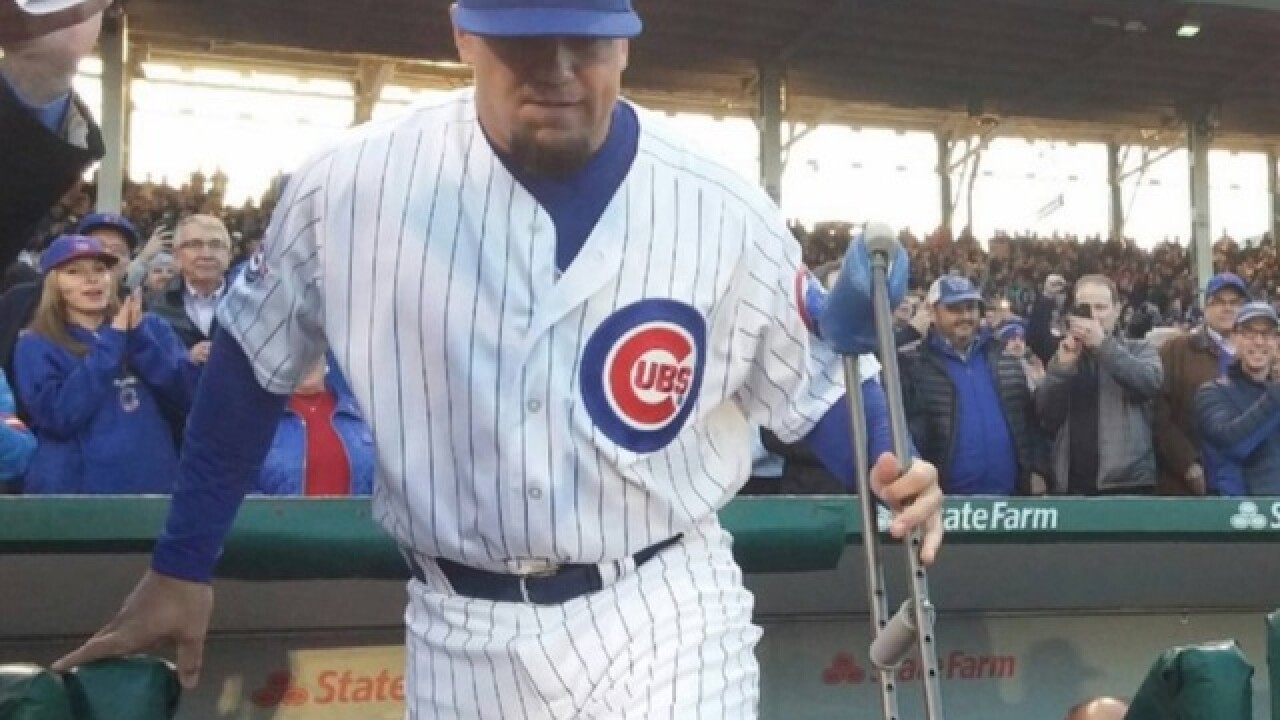 CHICAGO -- Kyle Schwarber might miss the rest of the season with the Cubs because of a knee injury, but you wouldn't know it from Monday night's applause at Wrigley Field.

Schwarber, a Middletown, Ohio, native got a huge standing ovation as he climbed the dugout steps -- crutch in hand -- and stepped onto the field for the Cubs' home opener against the Reds.

Kyle Schwarber gets a HUGE ovation as he’s introduced at Wrigley Field.

A photo posted by cubs (@cubs) on

Schwarber's tape-measure blast in the seventh-inning against the Cardinals landed -- and sat -- on top of the scoreboard.

Just a few days into this season, the left fielder and fan favorite suffered a left ankle sprain during the Cubs' win over the Arizona Diamondbacks last Thursday. Initial X-rays taken Thursday night were negative, ESPN reported, but an MRI taken Friday revealed a fully torn left ACL and LCL in his left knee.

The Middletown High star was the Cubs' top pick in the 2015 draft and the fourth pick overall.

Kyle Schwarber, on a crutch, limps out for pregame intros. pic.twitter.com/EG6dX2CIRn

Win one for the Schwarber. pic.twitter.com/jAnaLjDT4W