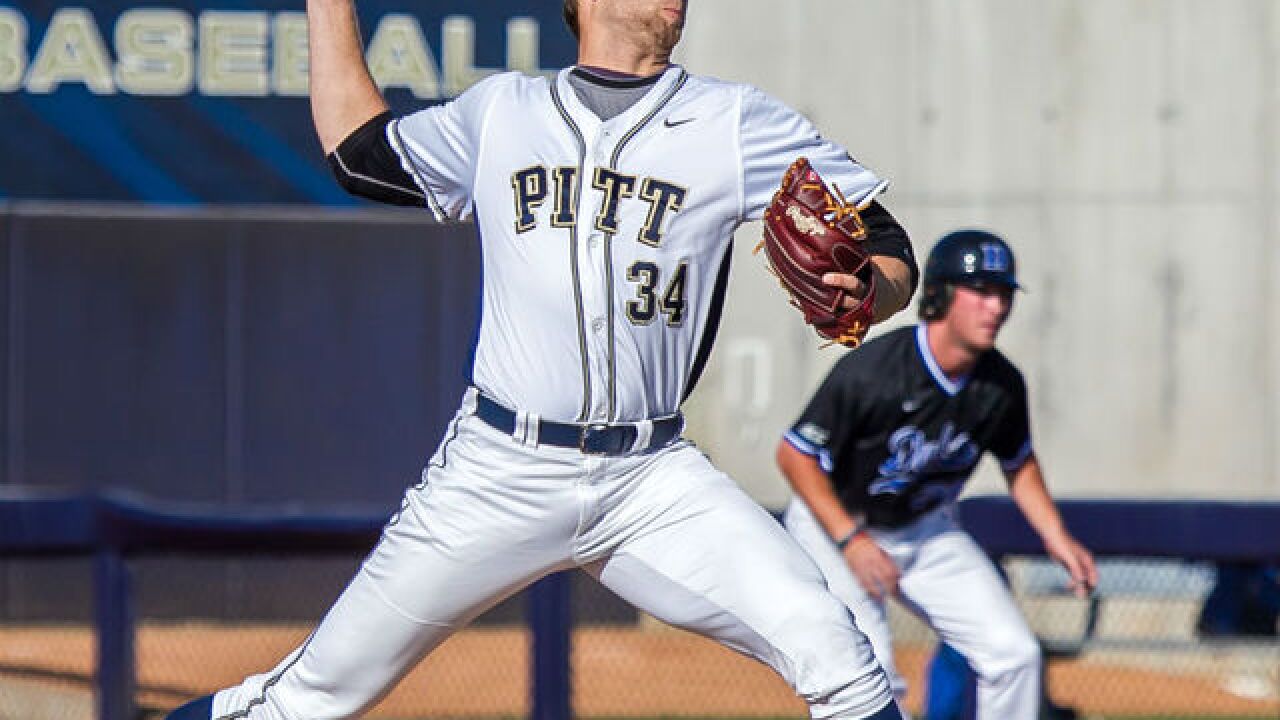 Special thanks to longtime Los Angeles Dodgers scout and area baseball follower Tom Keefe for assistance in compiling this list.

Here is a rundown of those selections:

1. T.J. Zeuch – The University of Pittsburgh standout right-handed pitcher and 2013 Mason graduate was selected as the No. 21 pick in the first round by the Toronto Blue Jays Thursday night.

2. Blake Tiberi – The University of Louisville third baseman and Holy Cross product was selected in the third round – the 100th pick overall – by the Mets Friday afternoon.

3. Jarrett Rindfleisch – The Ball State catcher and Lakota East product was selected by the Marlins in the ninth round on Friday.

4. Dan Rizzie – The Xavier senior catcher was selected in the 13th round by the Mets Saturday afternoon.

5. Andre Jernigan – The Xavier junior shortstop was taken in the 14th round by the Twins.

6. Kyle Hart – The Indiana senior left-handed pitcher and Sycamore product was taken by the Red Sox in the 19th round.

7. Kyle Nowlin – The Eastern Kentucky senior outfielder and Harrison product was taken in the 21st round by Oakland.

8. Chad Sedio – The Miami University senior shortstop was taken by the Tigers in the 27th round.

9. Patrick McGuff – The Morehead State senior right-handed pitcher and Hamilton product was taken by the Twins in the 36th round.

10. Philip Diehl – The Louisiana Tech left-handed pitcher was selected in the 27th round by the Yankees. He is a 2012 Moeller graduate.

11. Nick Bennett – The Moeller 2016 left-handed pitcher was taken in the 40th round by the Giants. He is the only area high school player to be selected this year. He is a Louisville signee.