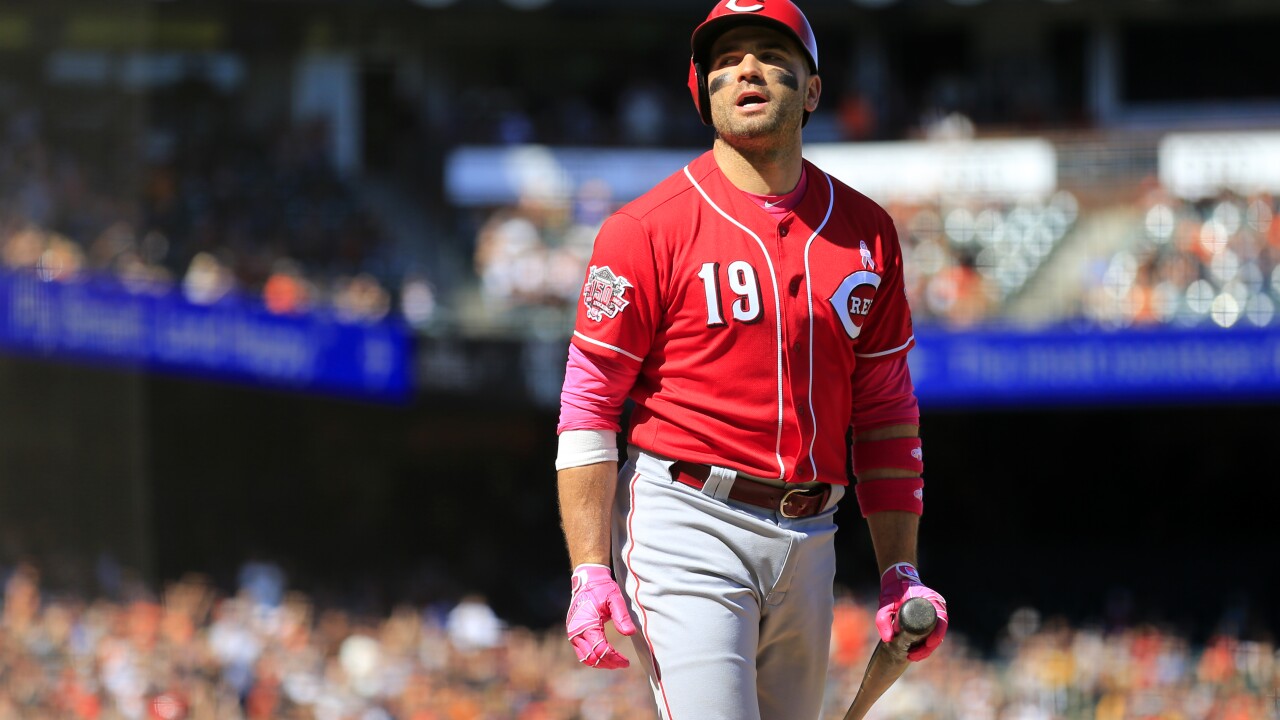 SAN FRANCISCO — Pablo Sandoval homered and doubled in his second three-hit game this season, scoring the go-ahead run on Kevin Pillar's two-out single in the eighth inning to lift the San Francisco Giants over the Cincinnati Reds 6-5 on Sunday.

Sandoval hit a two-run, opposite-field homer to left in the first off Tyler Mahle that tied the score 2-2, his fourth home run this season. He singled in the sixth.

San Francisco trailed 5-4 when Evan Longoria singled off David Hernández (0-2) leading off the eighth. Sandoval doubled, Mac Williamson hit a run-scoring grounder and Pillar singled in front of centerfielder Nick Senzel for his team-leading 22nd RBI. Sandoval slid home as the rookie's throw from about 260 feet was up the third-base line.

Sandoval also had a three-hit game at Toronto on April 23. He was released from a $95 million, five-year contract with Boston two years ago, and the Giants are paying him the $555,000 major league minimum.

Pillar saved a run in the first inning when he threw out José Iglesias at the plate trying to score on Kyle Farmer's single. It was the 35th career outfield assist and first this season. The Giants lead the major leagues with 14.

Pinch-hitter Brandon Belt had a tying, two-run homer on a hanging curveball from Mahle in the seventh. Belt, who has six homers, did not start because of right knee inflammation. This was his second career pinch homer and first since 2013.

Tony Watson (2-0) won despite forcing in the go-ahead run with a bases-loaded walk to Tucker Barnhart in the eighth. Will Smith struck out two in a perfect ninth for his 10th save in as many attempts, and the Giants avoided a three-game sweep.

Madison Bumgarner allowed four runs — two earned — and eight hits in six innings. He lowered his ERA from 3.99 to 3.88.

Senzel hit an RBI single in the second and Yasiel Puig homered for the second straight day, a sixth-inning drive that have him seven this season.

Jose Iglesias had a two-run single in the first.

Puig arrived in the clubhouse Sunday morning sporting a platinum blonde Mohawk. ""Between last night, and this morning?" manager David Bell said when asked if he'd seen Puig's new hairdo. "Wow, I haven't seen that yet."

Reds: OF Jesse Winker, who missed two games last week with left quadriceps tightness, pinch hit in the eighth and grounded into a forceout.