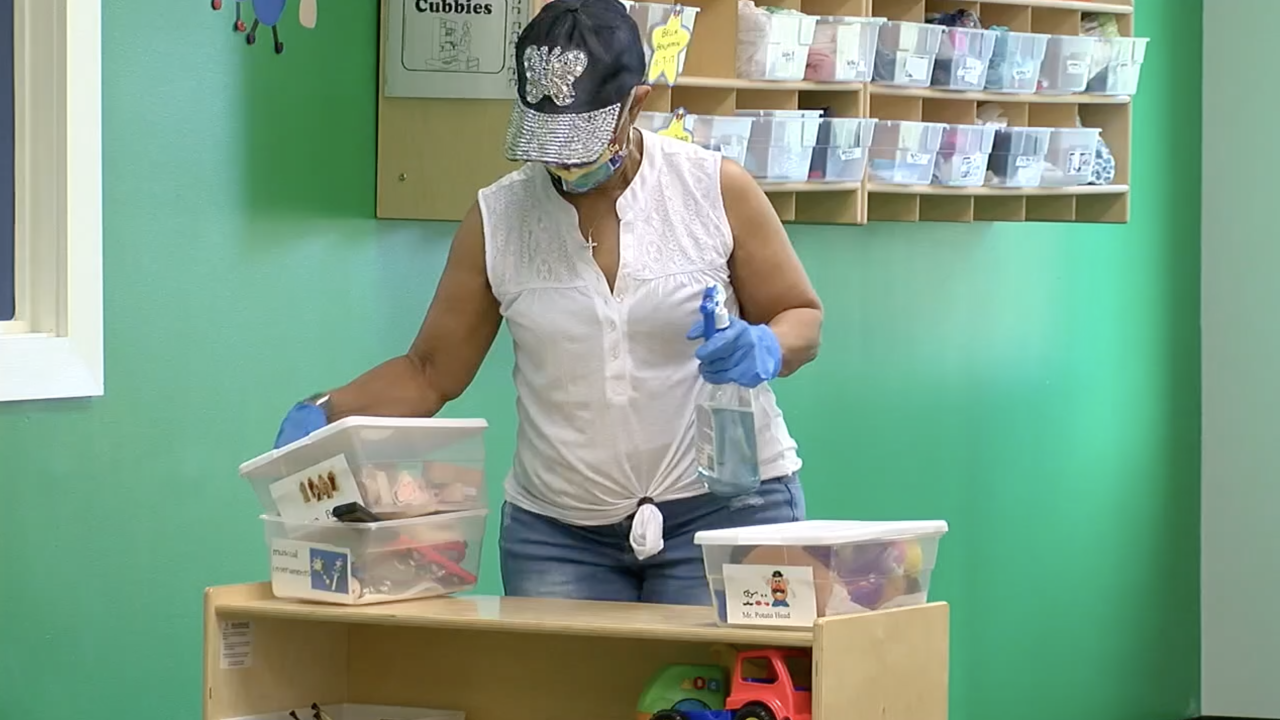 With strict rules set in place, child care centers across Ohio have begun to reopen, but the guidelines intended to keep children and families safe pose challenges to those who operate and work at daycares.

At Youthland Academy, every surface will be sanitized and rooms will be divided by six-foot partitions.

"Implement a new check-in procedure," said Lauren Defrain, co-owner of Youthland Academy. "So all the children coming in have their temperature taken."

But workers there are more worried about the numbers game. State guidelines allow infants and toddlers to have six children in one room. The cap for older children is set at 9 children per room. With such small class sizes mandated, the daycare, already hit hard by the closures caused by the pandemic, is concerned about their bottom line.

Mini Miracles Learning Center is also struggling with the reduced class sizes, in addition to lost revenue from the shutdown. Felicia Hale, administrator at the center, said it's going to be a longterm setback for the business.

"We're going to decline," said Hale. "We're not going to have enough revenue to even pay employees."

She said the biggest challenge for them has been getting access to PPE equipment. Governor Mike DeWine has promised $60 million in funds to help meet the new guidelines.