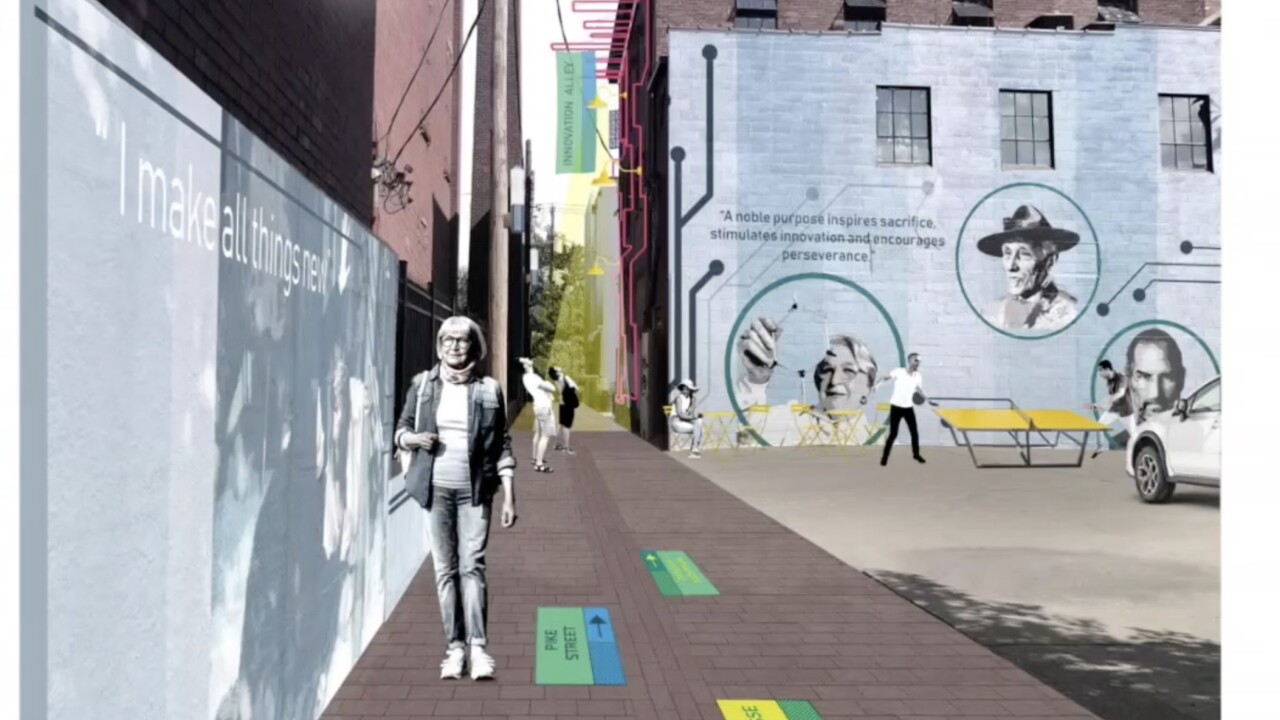 A rendering of what the changes to Innovation Alley could look like. Image courtesy of the City of Covington. 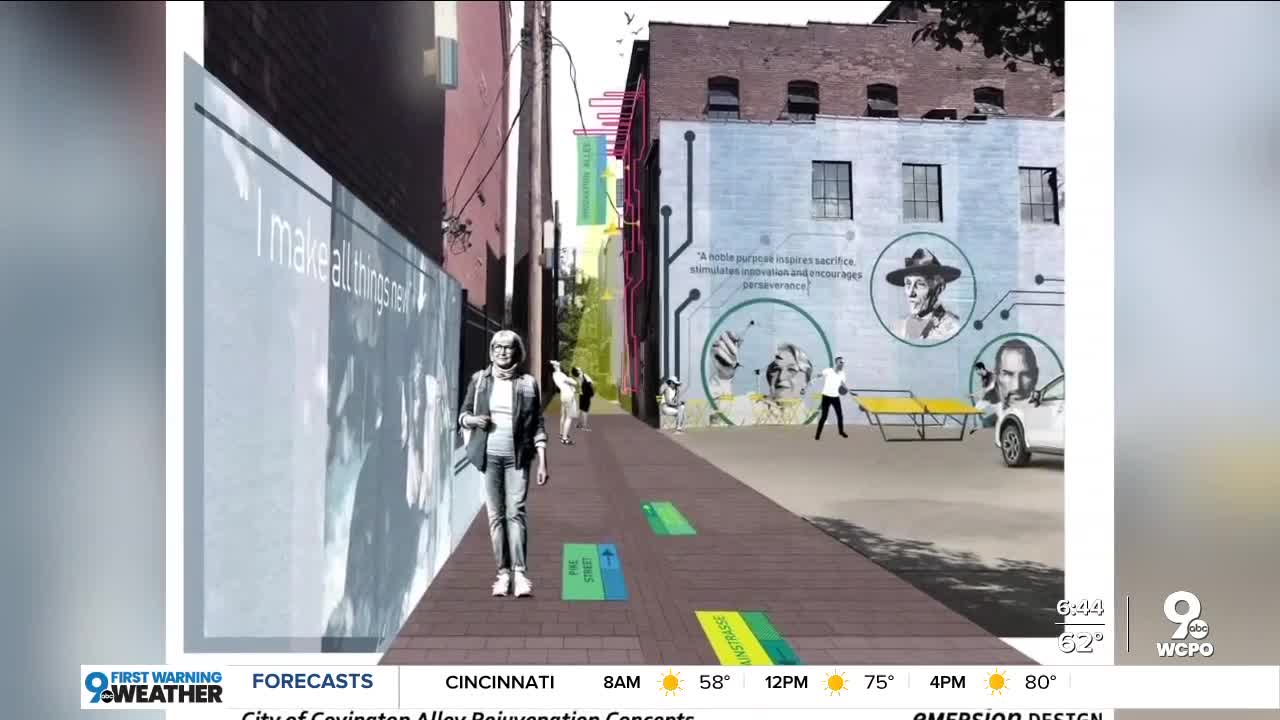 City officials plan on renovating the alley, melding Covington's history with the new and modern businesses that have emerged from the area.

"The north side of the alley, all the property here is owned by the Roman Catholic Church and the Mother of God Church," Tom West, economic development director of Covington, said. "On the other side of the alley are some of the newest companies in the world ... they're 12 feet apart and they coexist beautifully."

Part of the plan is for the brick pavement under the asphalt of the alley to be restored and artwork and lighting to be incorporated into the alley's aesthetic.

The renovations are expected to cost about $300,000, and city officials have already looked into applying for grants and other funding options to bring about these changes.

"This is something that's part of the fabric of Covington," West said. "It's part of our values and the way we live and the way our downtown functions."